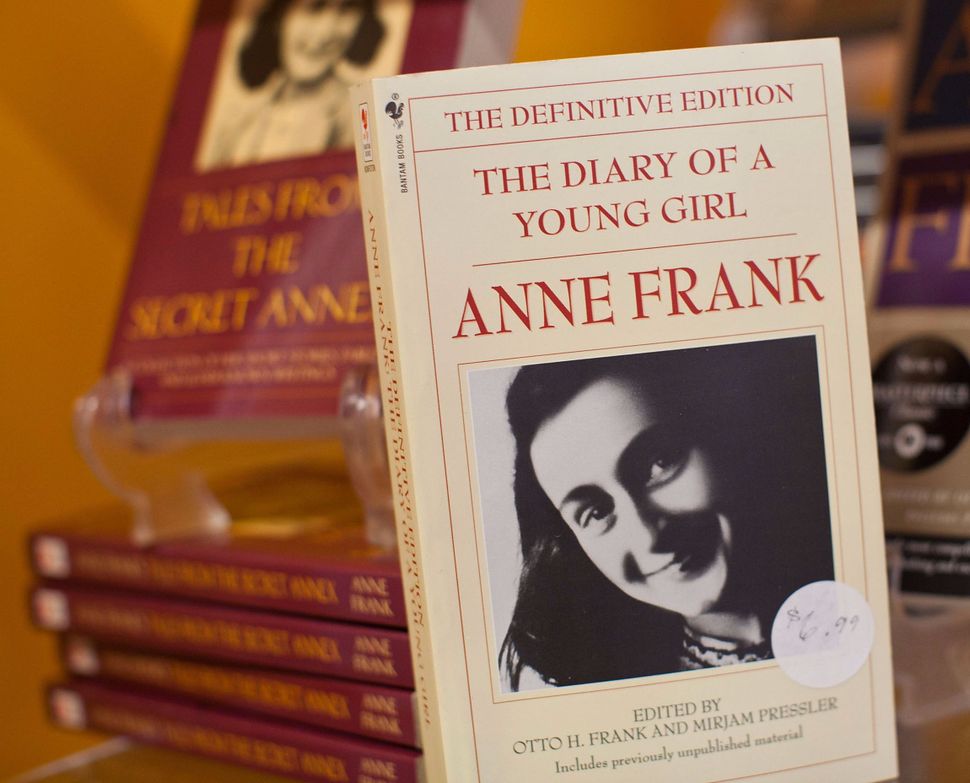 “How wonderful it is that nobody need wait a single moment before starting to improve the world,” Anne Frank wrote in her famous diary.

She would likely be proud of an institution bearing her name, the Anne Frank Center For Mutual Respect, which has wasted no time positioning itself as an outspoken critic of President Trump on issues of religious intolerance and discrimination.

As the Forward previously reported, before Trump signed the now-halted executive order restricting entry to the country for immigrants and refugees from a group of Muslim-majority countries, the Center criticized his intent to do so in a statement issued by its executive director, Steven Goldstein, who wrote that “As President Trump prepares orders to wall out Mexicans and shut out refugees from America, today marks one of the most hateful days in our nation’s history.”

Now Goldstein, via the Center’s Facebook page, has responded vehemently to Trump’s acknowledgment, this morning, of the menace of anti-Semitism.

“The anti-Semitic threats targeting our Jewish community and community centers are horrible and are painful and a very sad reminder of the work that still must be done to root out hate and prejudice and evil,” Trump said, following a tour of the National Museum of African American Museum and Culture. His remarks came a day after his daughter Ivanka Trump tweeted her support of JCCs following a new round of false bomb threats called into several across the country, which the White House responded to through a statement that decried “hate-motivated violence,” but failed to mention anti-Semitism.

“The President’s sudden acknowledgement is a Band-Aid on the cancer of Antisemitism [sic] that has infected his own Administration,” Goldstein wrote. “His statement today is a pathetic asterisk of condescension after weeks in which he and his staff have committed grotesque acts and omissions reflecting Antisemitism [sic], yet day after day have refused to apologize and correct the record.”

Goldstein’s statement is not the only recent instance in which the Center has criticized Trump for refusing to meaningfully address anti-Semitism.

In the past week, the Center has unfavorably compared Trump’s response to the issue to that of his predecessors, called his proclamation that he was “the least anti-Semitic person you have ever seen in your entire life” a “new height of chutzpah,” and issued a statement following the wave of Presidents’ Day bomb threats to JCCs declaring that Trump “has created an incubator of evil for these bomb threats.”

PRESIDENT GEORGE WASHINGTON WAS MORE SENSITIVE TO ANTISEMITISM IN 1790 THAN PRESIDENT TRUMP IS IN 2017. “May the… https://t.co/R1rCOVqAmL

IN A NEW HEIGHT OF CHUTZPAH, PRESIDENT TRUMP TODAY SAID HE IS “THE LEAST ANTISEMITIC PERSON THAT YOU HAVE EVER… https://t.co/nXyEx0UMNR

When will the Center be satisfied with Trump’s response to anti-Semitism?

That’s an easy answer. “When President Trump responds to Antisemitism [sic] proactively and in real time, and without pleas and pressure, that’s when we’ll be able to say this President has turned a corner,” Goldstein wrote.

Read the entirety of his statement here.