How a Stolen Picasso Inspired an L.A. Story 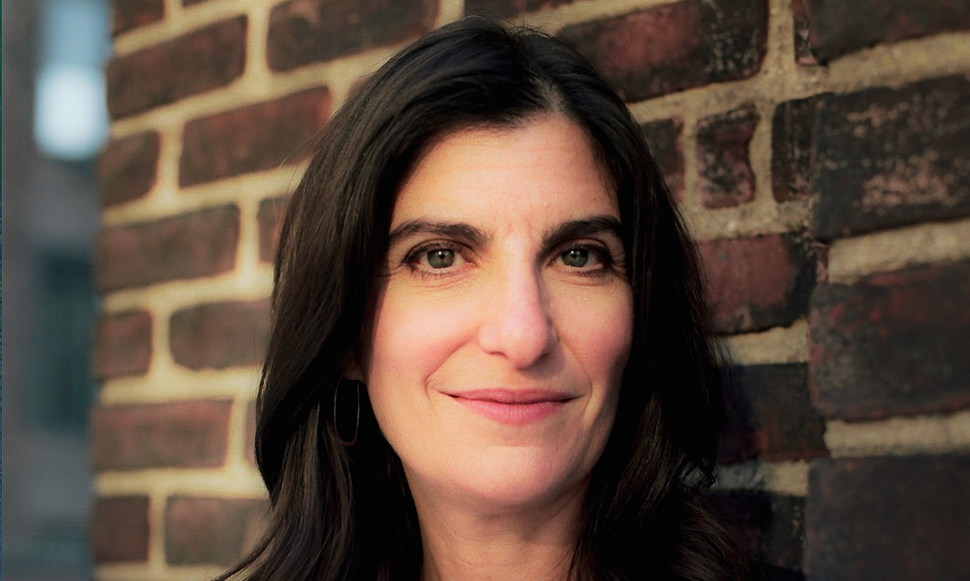 Ellen Umansky’s first novel, “The Fortunate Ones,” features two protagonists and innumerable weighty subjects: the Holocaust, the effect of divorce on children, the death of a parent, art theft, the Kindertransports, art restitution, family secrets, guilt and life in postwar London. It centers on a (fictional) painting by the (real) Jewish expressionist Chaim Soutine, a picture lost by a Viennese Jewish family destroyed by the war; a half-century later, the painting is stolen from the wall of a wealthy Los Angeles family.

The book alternates between the stories of the daughters of the two families — Rose, a retired teacher, and Lizzie, a young lawyer — and tracks the differences and similarities in their lives as they become unlikely friends in modern Los Angeles. Umansky grew up in L.A. and has worked as an editor for the Forward and for Tablet magazine. She spoke recently to Forward contributor Jesse Oxfeld, a former colleague and an old friend, over coffee in Brooklyn’s Park Slope.

Jesse Oxfeld: The book is about, well, a lot.

Ellen Umansky: It’s about two women and a painting that’s stolen from both of their families at different moments in history. It’s about loss. But the glimmer of the idea came from something that happened when I was growing up in L.A. There was an ophthalmologist that we knew. He had a big house in Beverly Hills, and he had a lot of artwork, including a Picasso and a Monet. Then, in the early ’90s, the paintings disappeared. There was no sign of a break-in, and those were the only two things that were taken.

Fast-forward something like seven years, and the paintings were found in a storage locker in Cleveland. He ended up going to jail for insurance fraud; the paintings were insured for a lot more money than they would have been worth on the market. And while I was always sort of fascinated about that, I was most interested in the fact that he didn’t destroy the paintings. Because if you steal something that priceless, you can’t get rid of it. I guess you could walk into a secondhand shop. But anyone who knows what they’re worth is going to be tipped off.

Which happens, sort of, in the book.

I was also interested in this idea of an object containing lots of stories. And it was around that same time that information was coming out about Nazi-pilfered art. And I thought about these paintings that had hung on walls in Vienna and Berlin, probably in sumptuous surroundings. And then families years and years later were trying to get them back, both because they were worth a lot of money but also for the meaning of the canvas. The significance, emotional significance, that had been taken from them.

No, not at all. But I was really just interested in it. I wrote a short story once about kids at a Jewish summer camp who are forced to simulate what it would be like to be in Poland right before the war. I went to Camp Ramah, and they had us play a game where we were Russian refuseniks, and we had to get out. And so years and years ago I ended up writing this short story about it. I’ve always been interested in, how do you teach kids about these horrors?

Did you set out to write a Jewish novel, or did it just end up that way?

I think it just ended up that way.

But you’re saying these are the things you’re interested in, and —

It’s not like I’m sitting here thinking: “Is it Jewish? Jesse, are you sure?” I mean, I’m clearly a Jewish writer. I’m very interested in these themes. And this novel is explicit about them. So then, yes, in that way. But I feel like it’s hard to set out to do anything when writing a novel.

You have the scene where Lizzie in L.A. is grappling with the loss of her father, and wanders her way into the Shul on the Beach, in Venice.

Which is a real thing!

So now you’re bringing in issues of modern observance, or lack thereof, or a need for connection even among the nonobserving.

That was, for me, a moment of, okay, this is grappling with current Jewish issues. And not just telling a historical story that happens to be Jewish.

That was someplace where I was imagining what it would be like to lose a parent. What would she say? And that’s a scene I wrote fairly late in the process. And now I look back, and I think, “Of course she would wonder whether or not she would say Kaddish.” I mean, except for the fact that she’s not observant.

But you do, because you do.

Exactly. It’s interesting, because I’ve been saying Kaddish for my mother. And I wrote that before she passed away last January. And I’ve found saying Kaddish can be very comforting.

In your acknowledgements, you talk about the research you did on Soutine, and on Vienna, and on the Kindertransport. What was it like to dig into that world?

What’s funny with research is you can learn all this stuff, and it’s just cerebral and intellectual. But it would be missing the basic horror of it. The emotion. And that, you don’t have to do any research for. I would have to just step back and think, “Oh, my God — what would that be like, to think of putting my children on a train?” And it’s horrific. I think we all know this fact. You want to do anything you can to get your kids out of this situation. To get your family out of the situation. And I think from our vantage point, it’s easy now to look at that and say, like, “Of course I would put my child on a train.”

But still. What I’m saying is that that was not a given. At all. Like, what a crazy thing to do, to put your child —

But you have no idea. And it’s understandable that you wouldn’t be able to do it. I read lots of harrowing accounts. But the one that I couldn’t get out of my mind, that I ended up fictionalizing, was a parent who could literally, physically not let his child go.

And pulled the child out of the train’s window.

Put his daughter on a train and meant to let her go, and could not let her go. And was holding her hands as the train started to chug out, and pulled her off the train. And that’s a true story.

And tough stuff. Your younger daughter is too young, but has your older daughter read the book?

Are you going to have her read it?

I don’t think now. She also doesn’t like, as she puts it, “realistic fiction.” But I feel like it’s not quite — you know, you ask that, and then I think of the parts of it that are really hard for me to write, like, the part of putting Rose on the train. Which I think actually, to a kid, would probably be upsetting but not as upsetting as it is to an adult, because they might not understand the implications of those things. But also, the sex. There’s not a lot but just enough. And I don’t want to have to answer any questions about any of it.

How a Stolen Picasso Inspired an L.A. Story