Lebowski Fest 2017, And More To Read, Watch, And Do This Weekend 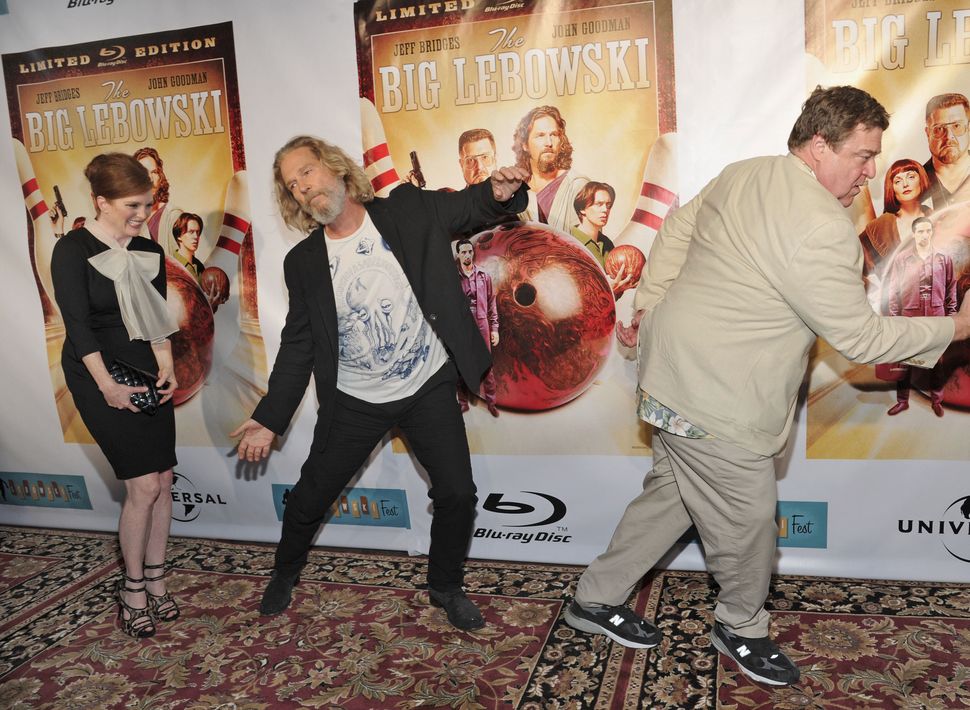 First up, if you’re a young professional and the arts aren’t quite enough to sustain your social calendar — we can’t imagine why! — take a look through the Forward’s new feature “Jews About Town.” With tips on social events across the country, check it out if you’re looking for new, creative ways to get involved in your local Jewish community.

For reading material this weekend, look to two new novels from Israeli authors: David Grossman’s “A Horse Walks Into a Bar” and Ayelet Gundar-Goshen’s “Waking Lions.” For briefer reads, check out the Smithsonian’s feature on how recent archaeological work in Lithuania has reinvigorated a tale of escape from the Holocaust, read an excerpt from Leah Carroll’s heart-wrenching upcoming memoir “Down City” in New York Magazine’s The Cut, and take a deep dive into Russia’s involvement in the 2016 election, and the future of Russian-American relationships, with The New Yorker’s Evan Osnos, David Remnick and Joshua Yaffa.

In Washington, D.C. indulge in a weekend of classical music, from two keyboard conversations with pianist Jeffrey Seigel, to a performance by Cantor Jason Kaufman at the Jewish Community Center of North Virginia, to Dawn Upshaw performing with Gilbert Kalish at the University of Maryland. In Chicago, see Redtwist Theatre’s interpretation of Arthur Miller’s “Death of a Salesman” and spend an afternoon at the Chicago Cultural Center for its invitational exhibit “The Subject is Chicago: People, Places, Possibilities.” And if you’re lucky enough to be in Los Angeles, hop over to Lebowski Fest 2017, a weekend-long homage to the Coen brothers’s cult classic.

Lebowski Fest 2017, And More To Read, Watch, And Do This Weekend