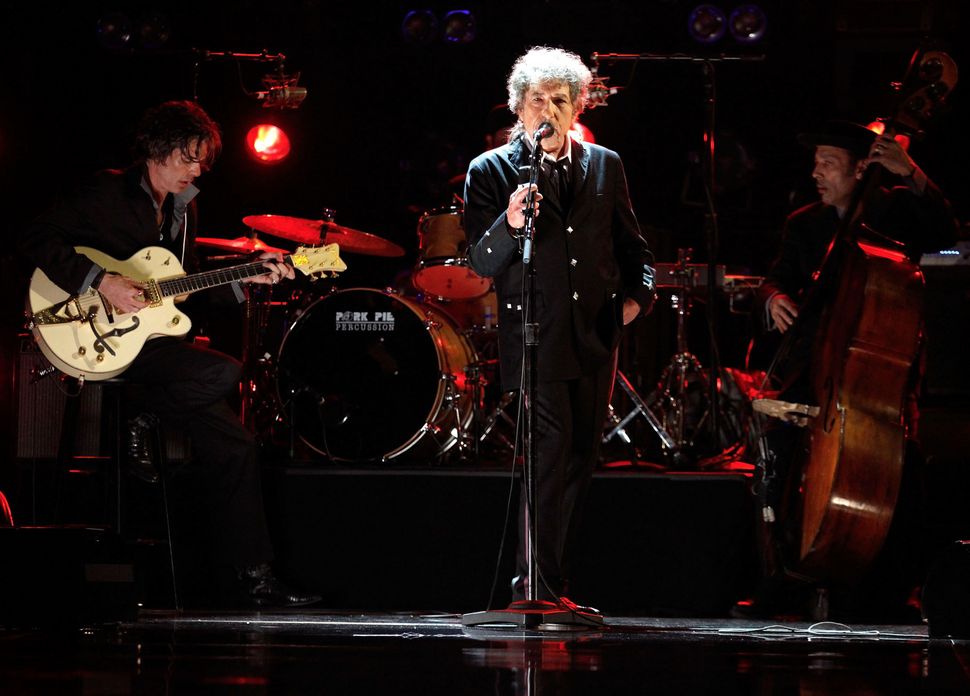 Woe to the soul who dares to assume they can make sense of Bob Dylan.

In a new Q & A with the Nobel Prize-winning singer and songwriter, published by Dylan’s website in advance of the release of his three-disc set of standards, “Triplicate,” Bill Flanagan attempted to get the great man to reveal some of his notorious depths. Yet the enigmatic will be enigmatic, and while Dylan proved forthcoming in response to questions of music and soul alike, what he shared was, ultimately, delightfully confounding, rather than particularly illuminating.

Who among us, for instance, would guess that Dylan might be an “I Love Lucy” devotee? Surely the poet of the working class must have tastes geared more towards the gritty and mysterious, but no: Asked by Flanagan what shows he watched on the tour bus, Dylan responded, with brisk enthusiasm, “‘I Love Lucy,’ all the time, non-stop.”

Likewise, while Dylan has never shied from engaging with the prevailing anxieties and antipathies of his time, who would imagine that his understanding of the relationship between music and the realm of the sociopolitical verged on the synesthetic?

And yet, apparently, it does. Speaking on the revelation of rock and roll, Dylan said it “was high energy, explosive and cut down. It was skeleton music, came out of the darkness and rode in on the atom bomb and the artists were star headed like mystical Gods.”

Think that’s beautiful? Think again: “Rock and roll was a dangerous weapon, chrome plated, it exploded like the speed of light, it reflected the times, especially the presence of the atomic bomb which had preceded it by several years.” For Dylan, the wasn’t a balm for the world’s madness, nor an escape from it, but rather a countervailing energy, the sort of protection that borders on poisonous.

Perhaps most interestingly, Dylan revealed an almost holy affection for the numbers 10 and 32. Each of the three discs included in “Triplicate” includes 10 songs and lasts 32 minutes; asked about the significance of that choice, Dylan responded “it’s the number of completion. It’s a lucky number, and it’s symbolic of light.”

Was he revealing a nascent interest in Kabbalah? The mystic branch of Judaism preaches that there are 32 mystical paths to wisdom, reflected in 10 sefirot, globes of energies that form the bases of human consciousness, human character, and the physical world.

Is his affection for those very numbers a coincidence? A key to his musical mindset? A key to something greater? Given that it’s Dylan, something that’s absolutely sure is that he’ll never, ever tell us.

Something, on the other hand, that we could have previously guessed about Dylan: He has a lot of love for the late, great Amy Winehouse.

“She was the last real individualist around,” he said.