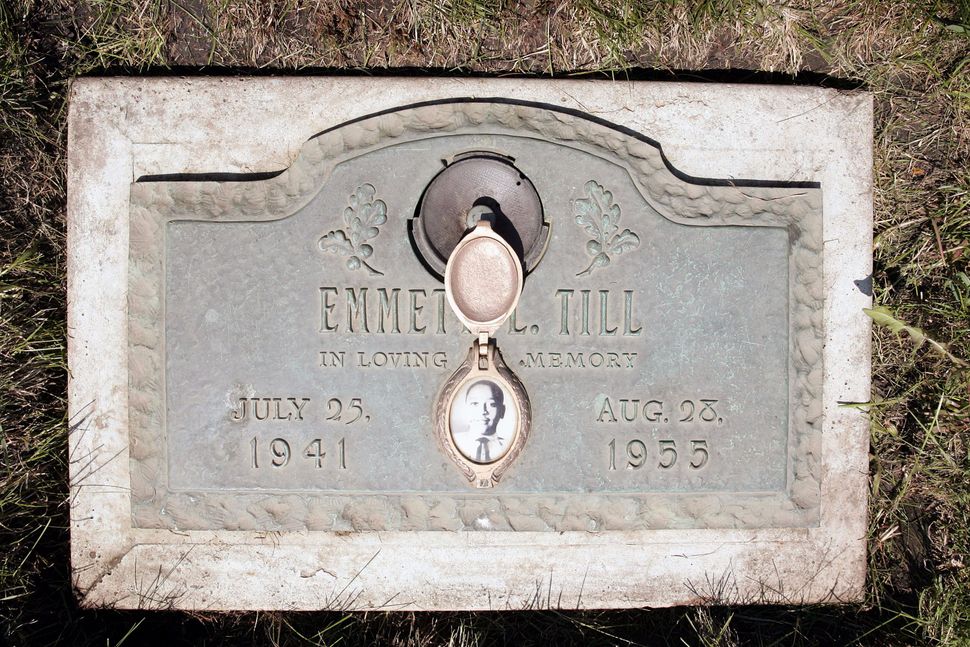 Emmett Till Image by Getty Images

The following article was published on September 8, 1955 — a little more than a week after the murder of Emmett Till.

Chicago, Sept. 8–Relatives of 14-year old Negro boy Emmet Till, murdered by two White men on a farm in Mississippi, today told of how the Black boy was dragged out of his uncle’s home to be killed.

Relatives accompanied the murdered boy’s body from Greenwood, Mississippi to Chicago, where he was buried today.

Last evening, about 50 thousand Negroes arrived at the funeral parlor to catch a glimpse of the murdered Negro boy.

Mamie Bradley, his mother, ordered his face be uncovered.

‘May people see what was done to my son,’ she said.

The Negro boy Till, on a visit to his uncle’s house in Greenwood, Mississippi was dragged out the house, by two White men, Roy Bryant and W. Milam who murdered him. His body was later found in a river. 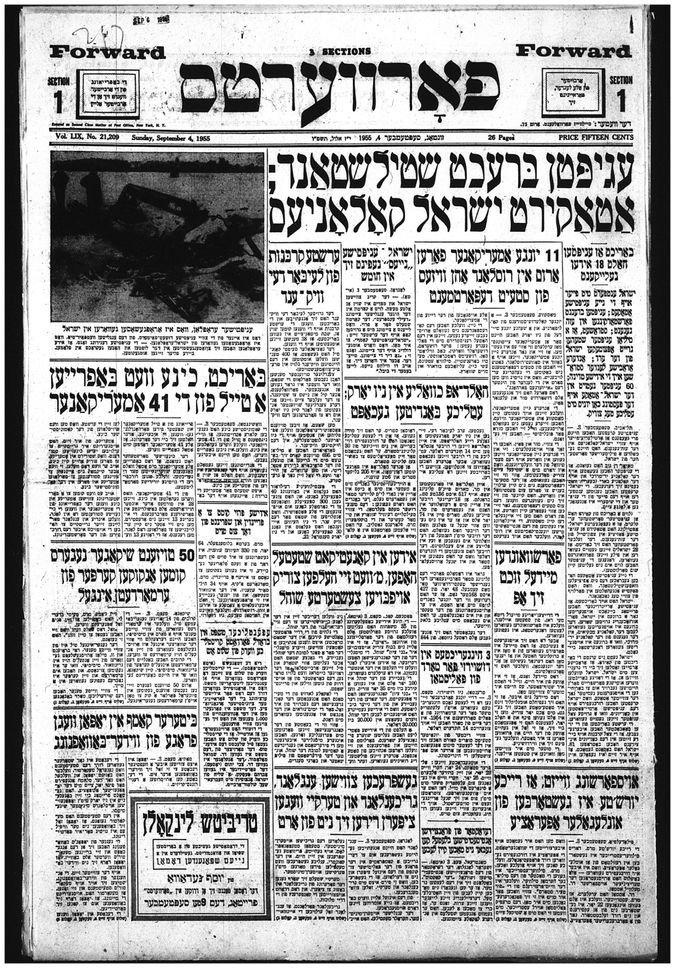 Image by The Forward Association

The two White men committed the gruesome murder because the Negro boy said ‘good-bye’ and whistled at Bryant’s wife, after purchasing chewing gum in Bryant’s store.

Today, relatives of the Negro boy Till revealed details of the crime.

One of them, Till’s 17-year-old cousin, Curtis Jones, told of how Till’s uncle begged Bryant and Milam for mercy pleading with them not to hurt him Till who was weak due to having had polio and couldn’t be held responsible for his actions. But the two White men didn’t want to heed the plea and went searching from room to room until they found Till, at which point they dragged him out to their car and he wasn’t seen again until his wrecked body was found in the river.

Negro organizations say Till’s murder is nothing but a lynching and they demand Bryant and Milam be punished.

Mississippi’s governor announced he ordered an impartial investigation of the murder.

The two White men, Bryant and Milam were arrested and the District Attorney of Mississippi said he would ask the grand jury to sentence them to murder.

Note: On the same day, the Forward also published this editorial by editor Hillel Rogoff.

Over the past two decades our country’s made great strides on the path to racial equality. And that’s exactly why this sense of inconsolability is so strong and feelings of being incensed are sharper, when in 1955 that hateful snake of race-terror has the chutzpah to raise its old head.

The lynching of 15-year-old Negro boy Emmet Till in Greenwood, Mississippi casts a dark shameful stain on that state. The boy went there from Chicago to visit his uncle. He bought some chewing-gum in a store and ‘had the nerve’ to say ‘good-bye’ to the storekeeeper’s wife. Later, outside, he whistled–the whistle of the young and careless–signaling they’ve noticed an attractive woman. The storekeeper and a friend later kidnapped this boy, whose body was found in a river the bullet-riddled head and his feet bound by a weight. 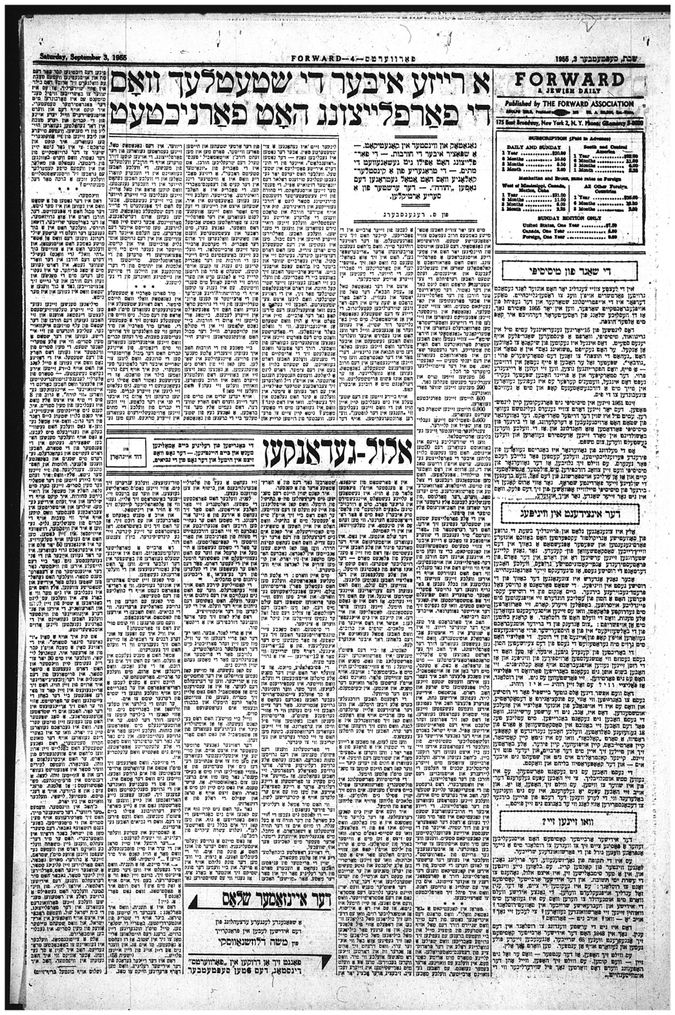 Mississippi’s Shame: The Forward’s editorial about Emmett Till. Image by The Forward Association

Since 1951 no lynchings have occurred in Mississippi. This year there have been two Negro lynchings. Emmet Till’s is the third murder. The state’s governor made a statement that Mississippi’s citizens condemn such behavior and that those guilty of this murder will be arrested and put on trial.

His statement was accepted by leading personalities in the fight for equal rights for Negroes. It must be believed that the governor of Mississippi will follow through to the fullest extent and that an honest investigation of this event will bring upon the guilty the sentence they’ve earned. Only in this way will Mississippi citizens wash themselves clean of this stain, that is not only their shame, but also ours.