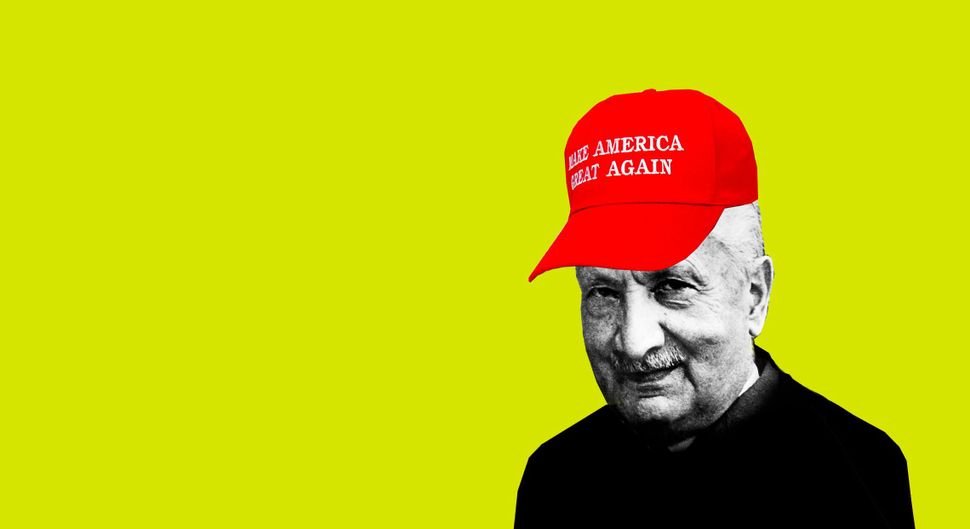 As a philosopher, Heidegger is known for his contributions to phenomenology, ontology, and existentialism, whose influence extended to thinkers such as Jean Paul Sartre and Hannah Arendt.

When he wasn’t writing dense, massive books like “Being and Time,” however, he was actively participating in Naziism by promoting Hitler and party loyalty as the rector of Freiburg University and (unsuccessfully) exhorting his brother Fritz to join the Nazi party.

Reading Heidegger today, we must ask to what extent his philosophy intersected with his Naziism, and to what extent this damages the worth of his thought. All of this, obviously, complicates his legacy a bit – for most people. There are some who find Heidegger just as wonderful as ever, especially because of the horrible revelations about his politics.

I am talking, of course, about so-called “the alt-right” (read: “fascists”). As Mike Adamo of Heat Street reports, “In between message board debates about anime girls, racial inferiority, and whose country is the most ‘degenerate,’ the basement-dwellers who loosely compose the alt-right find time almost every day to discuss a notoriously difficult German existentialist philosopher.”

It’s funny to imagine the intellectually adolescent fascists of the alt-right debating some of philosophy’s most arduous texts, but their interest is based in a real affinity.

As Adamo writes, “Heidegger arrived at a highly studied, very technical basis for what was essentially blood-and-soil nationalism.” Part of the way Heidegger achieved this “blood-and-soil nationalism” was by railing against the pernicious influence of technology and cosmopolitanism on “Being.” By setting up the globalizing forces of industrialization and its ideological counterpart, that is, globalism, as metaphysically opposed to “Being,” in particular, German “Being,” Heidegger helped to negatively define the German/Nazi identity against the world at large.

“The question of the role of world Jewry is not a racial question, but the metaphysical question about the kind of humanity that, without any restraints, can take over the uprooting of all beings from Being as its world-historical ‘task.’”

Here we can see that when Heidegger writes about the corrupting influence of cosmopolitanism and technology, he had a specific group of people in mind (the Nazis consistently used “cosmopolitan” as an anti-Semitic slur). The alt-right’s use of the rhetoric of “globalism” as coded anti-Semitism finds its intellectual counterpart in Heidegger’s writing.

Heidegger’s brand of anti-Semitism, unlike that of the alt-right, is couched in the language of metaphysics, giving it a sort of intellectual sheen that belies its inherent, underlying prejudice. (Or, let’s be frank, stupidity). For the alt-right, a remarkably intellectually barren movement, the legitimacy conferred by quoting Heidegger – to the extent that Heidegger is able to confer legitimacy in any non-anti-Semitic circles anymore – allows the movement to both cite a well-established source for their anti-Semitism, and to mask that anti-Semitism in esoteric language, allowing them to spread the poison of anti-Semitism in subtle ways not likely to spark an immediate condemnation.

There is also inherent irony to an openly anti-intellectual movement finding it necessary to appeal to this most abstruse of philosophers for intellectual grounding. On the one hand, all fascist movements, with their reliance on populist politics, have largely decried intellectual labor as effete and pernicious – abstract, critical thought being directly opposed to the pull of blind nationalism and militancy. On the other hand, fascist movements like the alt-right are so insecure as to their lack of theoretical grounding (particularly when compared to rich intellectual tradition of the Left) that, despite their rhetoric, they consistently feel the need to appeal to intellectuals for legitimacy. As Umberto Eco writes in his seminal essay “Ur Fascism,” “Distrust of the intellectual world has always been a symptom of Ur-Fascism…The official Fascist intellectuals were mainly engaged in attacking modern culture and the liberal intelligentsia for having betrayed traditional values.”

Of course, not all alt-right fascists are enamored with Heidegger. Adamo quotes one such bright thinker in his article as writing on 4chan, “Heidegger was such an autist and even worse, a literal cuck.” Well, there you have it: Martin “literal cuck” Heidegger has his detractors even within the vanguard of American anti-Semitism.