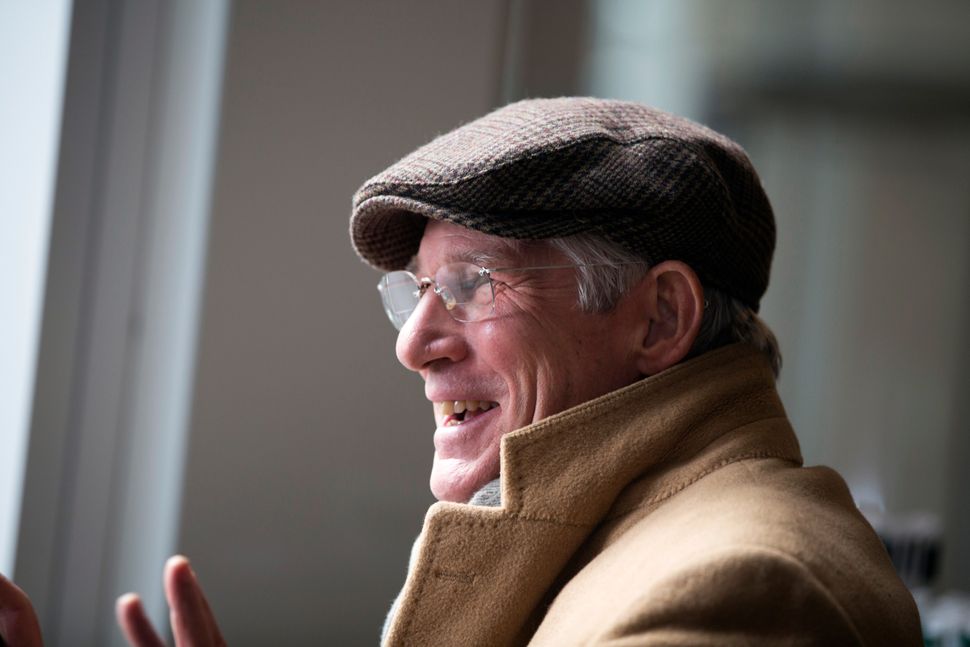 Joseph Cedar, the Israeli writer-director of the much-admired 2011 film “Footnote,” admitted frankly that he did not seek out Richard Gere to play the Jewish title character in his first English-language film, “Norman, The Moderate Rise And Tragic Fall Of A New York Fixer.” The suggestion was made by one of the film’s producers, Oren Moverman, who previously directed Gere in “Time Out Of Mind” and the soon to be released “The Dinner.”

As for Gere’s ur-WASP background and Buddhist faith, Cedar said they were never an issue; conflicts over ethnic casting is an American phenomenon — puzzling, and slightly offensive to him.

Initially, Gere wasn’t sure he could do it. “Why me?” he asked. “It has nothing to do with political correctness, but I wouldn’t cast myself in the role. There are so many wonderful New York actors who have a wealth of experience and understand the Jewish context. But after spending nine months talking with Cedar about the Jewish context, I felt comfortable playing the part. Also, I’ve lived in New York for more than 20 years. Jewish culture is all around me. Still, the challenge was to avoid the stereotypes. I wanted it to be subtle. But I didn’t want to be so strict with myself that I couldn’t breathe.” 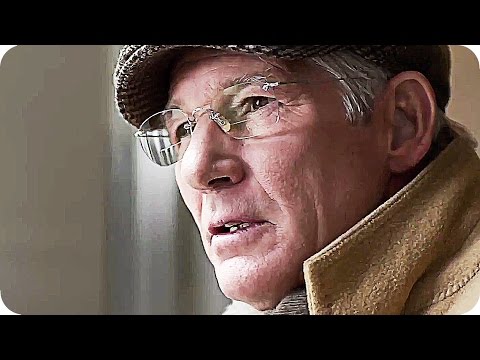 Easygoing and relaxed, Gere met me in a posh Upper East Side hotel where he and Cedar (who by contrast seemed somewhat on edge) talked about a film that will surely spark some heated discussion.

Norman Oppenheimer is the classic marginalized New Yorker surrounded by wealth and power to which he has no access, though that doesn’t stop him from concocting plans to introduce people of influence, to each other and thus become a broker of sorts — a “fixer” — and in so doing, give himself significance that otherwise eludes him.

When Norman encounters Micha Eshel (Lior Ashkenazi), a low-level Israeli politician, he sees an opportunity and presents him with an absurdly expensive pair of shoes. Eshel actually likes Norman, and when he becomes prime minister several years later, he remembers Norman fondly, and a bond between the two men is forged.

Soon, Norman is using Eshel’s name to leverage transactions that could in theory benefit everyone — from Norman’s nephew (Michael Sheen) to Norman’s rabbi (Steve Buscemi) to the prime minister’s son, who has his sights set on attending Harvard but doesn’t have the grades to get in. Unsurprisingly, Norman’s demented schemes go awry, paving the way for an international crisis. Norman finds himself at the center of a darkly comic universe of finagling, betrayal and corruption.

The story suggests parallels with Cedar’s own family history — Cedar’s uncle by marriage, Morris Talansky, had a close relationship with former Israeli prime minister Ehud Olmert and reportedly gave him cash-filled envelopes. But Cedar says he sees “Norman” primarily as a reimagining of an archetypal tale that has played out in history and literature for thousands of years: the Court Jew.

“The narrative of a Court Jew follows a classic structure,” Cedar said. “A Jew meets a man who eventually becomes a man with power, but he meets him at a point where his resistance is very low. He offers the man a gift or a favor, and when the man ends up being in power, he brings the Jew into his court. The Jew rises to become a senior consultant, until he becomes the subject of a lot of antagonism, at which point the duke or king, or whoever he is, has no problem getting rid of him. He’s a liability and it’s easy to get rid of the Jew.”

Cedar doesn’t worry about the character of Norman speaking to anti-Semitic stereotypes, even though Gere’s Norman is every bit a self-demeaning pest who is at once pushy and nebbishy, obsequious and insistent, a victim and a survivor.

“Even if you start out with a stereotype, if you spend two hours with him your view of him will change,” Cedar said. “I’d be far more concerned about stereotypes if we were talking about a minor character in a film.”

“And every culture has a Norman,” Cedar added.

“We showed this film to a Latino audience in Miami, and Norman was immediately recognizable to everyone there,” Gere said. “He’s universal. He’s the uncle you love but are slightly embarrassed by. You invite him to dinner because you have to, but you don’t want him to get too close. And everyone has felt like a Norman. No matter who you are, you worry about not getting invited, not being loved. Everybody wants to belong.”

“If you’re not essential you don’t exist,” Cedar said.

But who exactly is Norman? He has no discernible backstory and the viewer learns virtually nothing about him, short of tidbits of information he offers, which are in all likelihood lies but may serve a purpose at that moment. He may even be telling the truth. We never know.

“I intuitively got Norman and I realized the only way for me to play him was to jump off the cliff,” Gere said. “Where does he live? Does he have a girlfriend? Biographical details wouldn’t help me enter Norman’s world or give me his essence, his loneliness and desperation. He’s continually humiliated. Doors are literally slammed in his face. My question is how he recovers. Most people would get angry, want revenge, but Norman is no Iago. At the point of pain he transforms it, truly believing it will work out for everyone.”

“He’s resilient,” Cedar said. “And Richard brings an innocence and naiveté to Norman. Because Norman’s actions are so unpleasant to the people around him he needs to be charming and likable. He’s a holy idiot.”

Asked if the film is making a subtle or perhaps not so subtle commentary about Israeli politics in general, or more specifically about the relationship between Israeli power-brokers and American Jewish businessmen, philanthropists and “strategists,” Cedar said no. “If audiences see external politics in the film, that’s outside my control,” he said. “My only objective was to uncover psychological truths. I want it to be about Norman.”

“I hope viewers will now see the Normans in their lives through his eyes and instead of treating him with contempt, feel some compassion,” Gere said.

Simi Horwitz is the author of, most recently, “Jewish Art Today: News, Views and Cultural Trends” (Hadassa Word Press, 2016), a collection of articles originally published in the Forward. She recently won two National Arts and Journalism awards, including one for her Forward feature “The Jews of Al-Jazeera.”