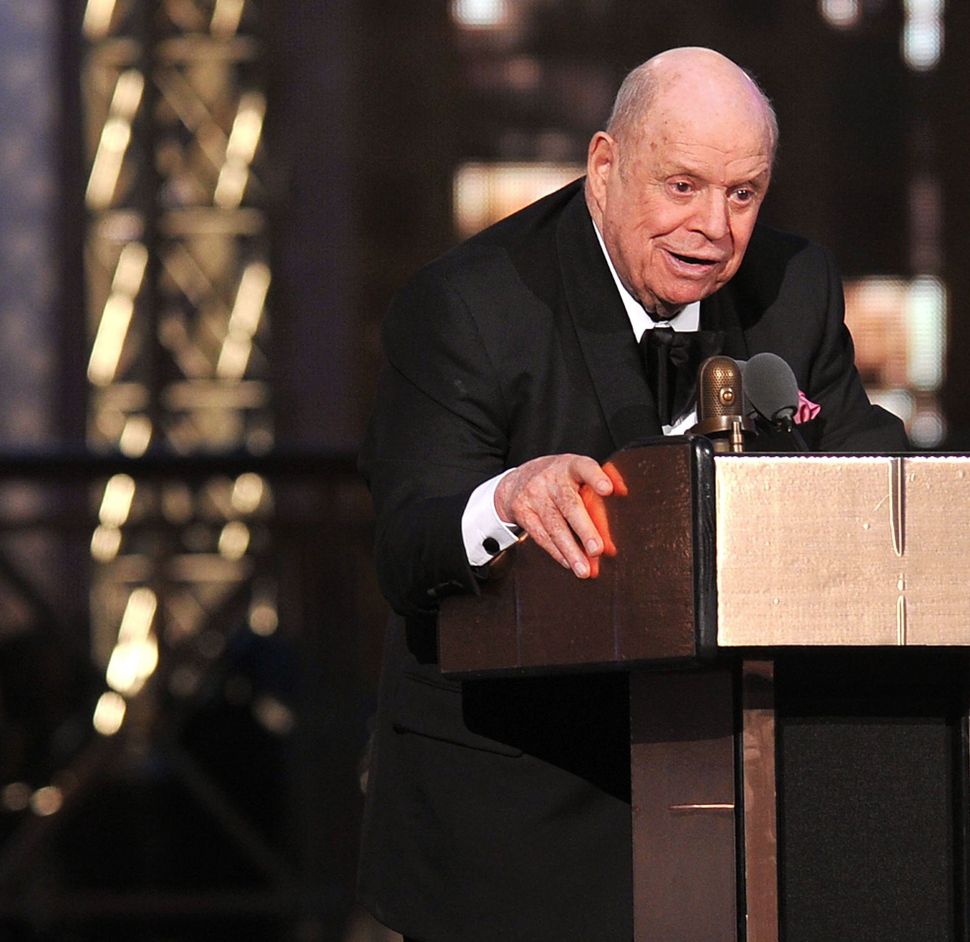 Don Rickles, famous insult comic, passed away on April 6 from kidney failure. He was 90 years old.

Mourning is a serious business, so it likely wouldn’t have been Rickles’s favorite activity. In honor of his almost-relentless preference for humor, remember his life through seven of his greatest comedic moments, below.

2) Appearing on “The Don Rickles Show,” which lasted only one season

4) In his first appearance on “The Dean Martin Show”

5) In this clip from the HBO documentary about him, “Mr. Warmth”