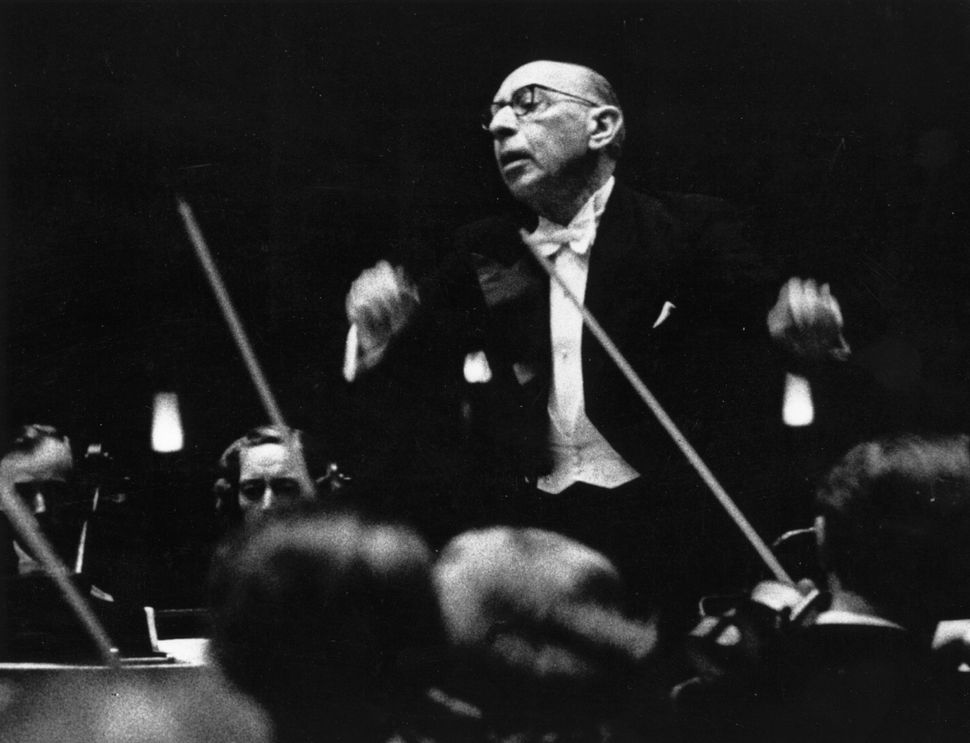 Starting today, The Chicago Symphony Orchestra (CSO) will begin a five day performance run one of the all time great “lost works” of music – Igor Stravinsky’s “Chant Funebre” (Funeral Song). The piece, a short orchestral work, was written in 1908 on the occasion of the death of Stravinsky’s mentor Nikolai Rimsky-Korsakov. As the story goes, per the CSO website, “One day, Stravinsky mentioned to Rimsky-Korsakov that he was writing an orchestral fantasy. Rimsky-Korsakov told him to send it to him as soon as it was ready. Stravinsky did, but a few days later, he received a telegram saying that Rimsky-Korsakov had died, and shortly afterward, his registered package was returned, bearing the message of ‘Not delivered on account of death of addressee.’ It was then that he sat down and began to compose this Chant funèbre.”

The piece however, has languished in obscurity since 1908, the manuscript thought lost during the Russian Revolution, that is, until it was rediscovered by musicologist Natalia Braginskaya in 2015. Stravinsky himself wrote in his memoir that he believed the manuscript to be buried somewhere in St. Petersburg Conservatory, and that is precisely where Braginskaya found it. After years of fruitless searching, the manuscript was discovered under a number of buried documents that only came to light when the entire Conservatory was emptied for renovation.

As for the music itself, it is, in this listener’s opinion, one of Stravinsky’s great works. It is tempestuous, Romantic, elegiac, a mix of rage and mourning… just listen. It fits perfectly into the canon of brilliant, let’s say, “death works,” joining the ranks of Mahler’s Ninth Symphony and Kindertotenlieder, Shostakovich’s Second Piano Trio (a personal favorite).

Though neither Stravinsky nor Rimsky-Korsakov was Jewish, there is still a Jewish angle to all this (kind of). Stravinsky and his mentor were incredibly close on a personal level, but there was one area in which they were at odds – anti-Semitism. Whereas Rimsky-Korsakov was what we might call a philo-Semite, encouraging his daughter to marry into the Jewish faith, Stravinsky was fairly anti-Semitic. In a letter from 1933, Stravinsky wondered why Hitler had not yet invited him to perform in Germany, “since my negative attitude toward communism and Judaism — not to put it in stronger terms — is a matter of common knowledge.”

There’s an interesting back and forth on the subject of Stravinsky’s anti-Semitism between scholars Robert Craft and Richard Taruskin in the archives of the New York Review of Books. Taruskin believes Stravisnky’s anti-Semitism to be particularly virulent and deep, whereas Craft asserts that Taruskin’s reading is historically inaccurate. As a piece of Stravinsky scholarship, it’s fascinating, but more than that, it is simply a wonderful example of the kind of heated, often pointedly derisive conversation between intellectuals that we so rarely see in public forums these days.

The piece will be performed by the CSO on April 6th, 7th, 8th, and 11th at the Symphony Center in Chicago.