A New Take On An Old Heist, And More To Read, Watch, And Do This Weekend 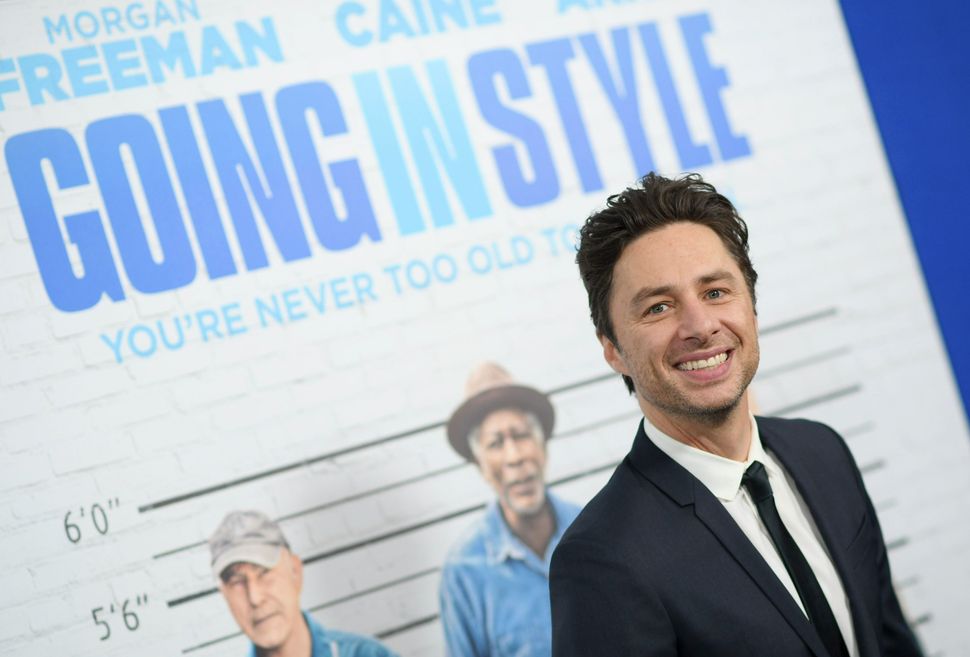 Sometimes we all feel the need to throw off constraints; some just do so with greater aspirations towards humor than others. While Zach Braff’s reinterpretation of “Going in Style” starring Michael Caine, Alan Arkin, and Samuel L. Jackson, has so far met mixed reviews, its leads are reliable comedic talents. In the film, the three Hollywood greats play friends who, losing their pension funds, decide to procure money through a late-in-life spurt of lawlessness.

If elderly witticisms are less your speed than murderous Carson Daly-adoring aliens, turn your attention to Comedy Central’s premiere of “The Gorburger Show,” starring T.J. Miller of “Silicon Valley” fame as a blue alien who takes over a Japanese talk show. The show has already had two seasons as a Funny or Die web series, but has been reinvented for television; watch the first episode Sunday at 10 p.m. EST.

Recently released books of note contain more drama and less humor. If you’re feeling Shakespearean, get yourself a copy of legendary literary scholar Harold Bloom’s “Falstaff: Give Me Life;” if you’re in the mood for a sweeping historical novel go for Anthony Doerr’s “All The Light We Cannot See,” which is finally arriving in paperback after nearly three years on The New York Times bestseller list; if a family drama sounds like the ticket, go for Bethany Ball’s “What to Do About the Solomons.” For a preview of Ball’s novel, read an excerpt published at LitHub.

If you’re looking for engrossing tales of the true-to-life variety, look first to the podcast “S-Town,” the new vehicle from the makers of “Serial” and “This American Life.” Other worthies include Reeves Wiedeman’s astonishing profile of Brace Belden, a Jewish, Bay Area-born former florist who joined a Kurdish militia to battle the Islamic State in Syria, and Taffy Brodesser-Akner’s feature for The New York Times Magazine on “The High Price of Leaving Ultra-Orthodox Life.”

In New York City, two excellent options for Saturday night: Take yourself to a screening of Stanley Kubrick’s “Barry Lyndon,” accompanied by a 50-piece orchestra, at Brooklyn’s recently-restored Kings Theatre, or hear the Israeli Chamber Project perform Mozart, Strauss and more at Baruch College. Sunday, head to the Museum of Jewish Heritage for a commemoration of the 23rd anniversary of the Rwandan genocide against the Tutsi.

In Chicago, spend a wistful evening at Theo Ubique’s take on Frank Loesser’s 1956 musical “The Most Happy Fella,” then a hungry afternoon at a screening of the new Michael Solomonov-guided documentary “In Search of Israeli Cuisine.” Get to know Solomonov’s style before you go, by reading the Forward’s Liza Schoenfein’s account of her whirlwind Philadelphia weekend spent sampling the lauded chef’s food.

If spring in Washington D.C. has you thinking of romance, and you can bear to tear yourself away from the cherry blossoms, spend your Saturday at the Smithsonian’s conference on “Love in World Religions.” And if you’re in Los Angeles, head to the Dolby Theatre for a concert by the silver-voiced Regina Spektor.

A New Take On An Old Heist, And More To Read, Watch, And Do This Weekend