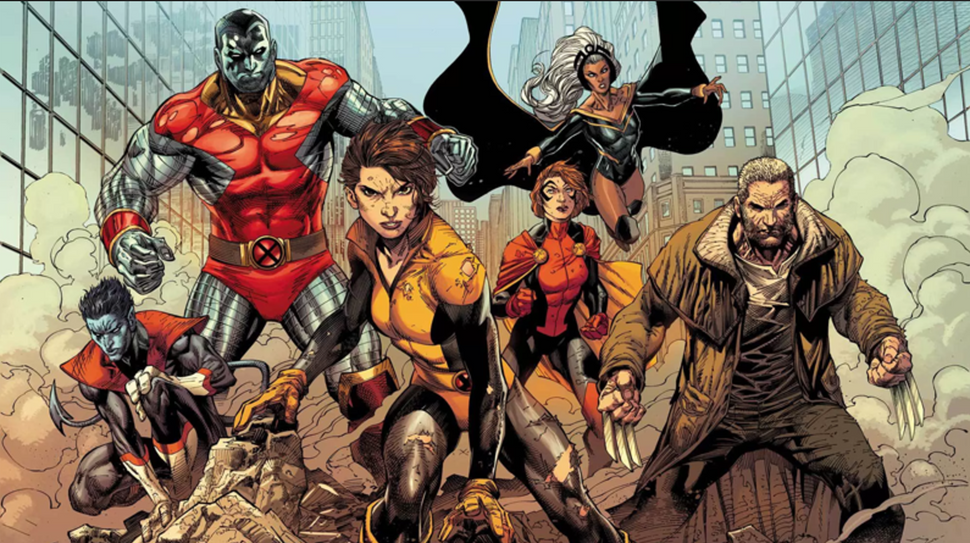 Marvel Comics has released a statement saying that it will be taking “disciplinary action” against one of its artists after the shocking discovery of hidden anti-Semitic and hard-line Islamist references in an X-men comic book. “X-Men Gold #1” was released last Wednesday. It had been well-received until controversy erupted over the weekend when the references to Qu’ran verses and Indonesian Islamist politics were noted on social media platforms including Twitter, Facebook and Reddit.

The artist in question, according to his admissions on social media and in the press, is Ardian Syaf, who hails from Indonesia. In one scene, the Jewish character Kitty Pryde is drawn together with a sign reading “Jewelry,” her head next to the part of the sign that reads “Jew.” Ardian also drew the character Colossus with a T-shirt that says “QS 5:51” — a reference to a Quranic verse that, according to some interpretations, prohibits Muslims from electing a Christian or Jewish leader.

The chief target of Syaf’s comic book sabotage is not Jews, but rather the recent Indonesian controversy over whether non-Muslims should hold leadership posts in government. Syaf says he included in “X-Men Gold #1” hidden references to the election of the governor of Jakarta.

The vote has been one of Indonesia’s most divisive elections. Bitterly contested between the Chinese Christian Basuki “Ahok” Tjahaja Purnama and his Muslim rivals who are supported by hard-line Islamists, it represents, for many in the world’s most populous Muslim nation, a choice between secularism and fundamentalist Islam. In the same scene identifying Kitty Pryde as a Jew, the number “51” appears on a t-shirt, referring to a massive Islamist anti-Ahok demonstration that took place in Jakarta on Dec. 12.

Ardian said he included the messages the X-Men artwork after he took part in the demonstration in December. “Choosing a non-[Muslim] as a leader is forbidden,” he said, as reported by the Jakarta Post. “That’s what the [Quaranic verse] says.”

Ardian has been heavily criticized on Indonesian social media, with many pointing out that his stance is contrary to the tolerant, pluralist message of the X-Men franchise. Stan Lee and Jack Kirby, the creators of X-Men, were both Jewish. Marc Guggenheim, the writer of “X-Men Gold #1,” is himself Jewish, and in the issue itself, the X-Men are led by Kitty Pryde, who is Jewish and a former love interest of Colossus. Colossus’s best friend and teammate Nightcrawler is also a Catholic priest.

“What he has done in the recent X-Men book is very disrespectful and unprofessional,” tweeted fellow Indonesian Marvel comic artist Ario Anindito.

In a statement provided to Comicbook.com, Marvel said: “The mentioned artwork in X-Men Gold #1 was inserted without knowledge behind its reported meanings. These implied references do not reflect the views of the writer, editors or anyone else at Marvel and are in direct opposition of the inclusiveness of Marvel Comics and what the X-Men have stood for since their creation.” Marvel added that the artwork “will be removed from subsequent printings, digital versions, and trade paperbacks.”

Syaf has already completed work on “X-Men Gold #2,” which is set to be released on April 19.