‘Oslo,’ Newly Opened On Broadway, Will Head To The Silver Screen 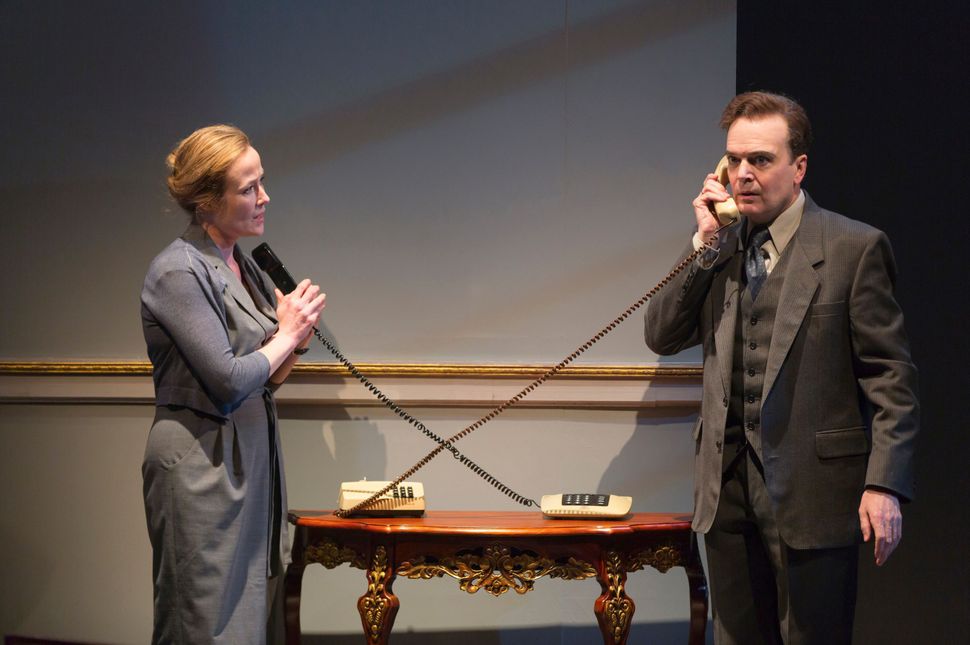 J.T. Rogers’s “Oslo,” which premiered Off-Broadway last spring and opened on Broadway on April 13th, will be moving to the silver screen.

According to The Hollywood Reporter, “La La Land” producer Marc Platt will spearhead the play’s screen adaptation. The film will be directed by Barlett Sher, who has directed both New York productions of the play; it will be his first film. Rogers will take charge of the screenplay, adapting his own script.

Rogers told The Hollywood Reporter that he had first imagined “Oslo,” a behind-the-scenes look at the diplomatic work that led to the Oslo Acccords, as a film before confining it to the stage.

“I’m excited to bring back parts I had to cut from the play, and add things like shots of men and women arriving from the Middle East after riding all night in a taxi,” he said. “Images like that are powerful to this story.”

Reviewing the Lincoln Center Theatre production’s Broadway transfer, the Forward’s Jesse Oxfeld observed that the play was well-suited to a time of uncertainty, appearing powerful now when it seemed overly retro in the mostly optimistic environs of the summer of 2016.

“Now, when all of the world’s worst impulses are on display, it instead feels inspiring,” he wrote. Read his full review here.

‘Oslo,’ Newly Opened On Broadway, Will Head To The Silver Screen