‘Veep’ Takes On Trump’s Washington, And More To Read, Watch, And Do This Weekend 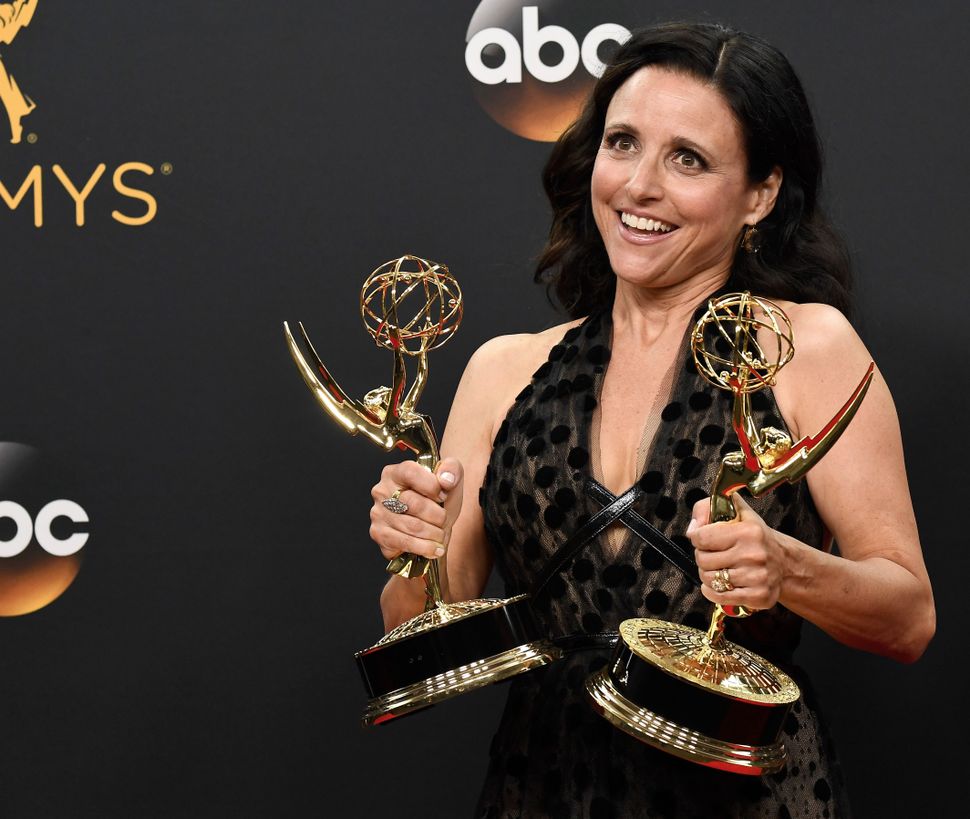 This weekend, as you take breaks from thinking up creative things to do with matzah — it’s a hard pastime to turn away from, we know — turn your attention first to a host of exciting new books. In nonfiction, there’s Dani Shapiro’s memoir “Hourglass: Time, Memory, Marriage,” Ben Greenman’s “Dig If You Will the Picture,” a cultural analysis of the significance of Prince, and Jason Zinoman’s new biography “Letterman: The Last Giant of Late Night.” If you have summer on the mind, look to Jill Eisenstadt’s newly re-issued novel “From Rockaway.”

If you’re not yet a fan of “Veep,” the comic cinema verité chronicle of the trials and travails of Washington insider Selina Meyer (played brilliantly by Julia Louis Dreyfus) consider starting the show in advance of its season 6 premiere this Sunday. There’s been plenty of buzz over how the show, led by showrunner David Mandel, will react to a Donald Trump-dominated Washington — tune in Sunday to see.

In New York City, see if you can snag a ticket to J.T. Rogers’s “Oslo,” which recently opened on Broadway after premiering Off-Broadway last spring. The Forward’s Jesse Oxfeld thought the play, a dramatized behind-the-scenes look at the making of the Oslo Accords, gained new relevance following the Presidential election, writing “Its case for naïve optimism feels very different after last November, our own special nakba, than it did before.” And on Sunday, head to the 92nd Street Y for a conversation about the Broadway musical “Dear Evan Hansen” between star Ben Platt and director Michael Greif, moderated by “This American Life” host Ira Glass.

In Washington D.C., choose from a variety of theatrical treats: The jazzy, louche “Chicago” at the Kennedy Center, The Arlington Players’s take on Sheldon Harnick’s bubbly “She Loves Me,” or the last weekend of The Keegan Theatre’s take on the chilling “Parade.” Perhaps most exciting, though, will be composer-performer Merima Ključo’s Saturday presentation of her work “The Sarajevo Haggadah: Music of the Book” at the National Gallery of Art.

If you’re in Los Angeles, kick the weekend off with Idina Menzel’s concert at the Greek Theatre. (No word on whether she’ll be performing her beloved hit from “Frozen” “Let it Go.”) And if you are a “Veep” fan, an art exhibit celebrating the series opens at L.A.’s Gallery 1988 on Friday; stop by to celebrate its weird wonder.

Last but not least, in Chicago, catch the opening weekend of Pulitzer Prize-winning playwright Annie Baker’s “Circle Mirror Transformation,” presented by Redtwist Theater. Also intriguing: Theatre Y’s “Fatelessness,” which the theater company describes as a “physical score set to a radio play.” That play is an adaptation, written by Andràs Visky and Adam Boncz, of the novel of the same name by Nobel Laureate Imre Kertész; the story is a semi-autobiographical account of life in three concentration camps.

‘Veep’ Takes On Trump’s Washington, And More To Read, Watch, And Do This Weekend