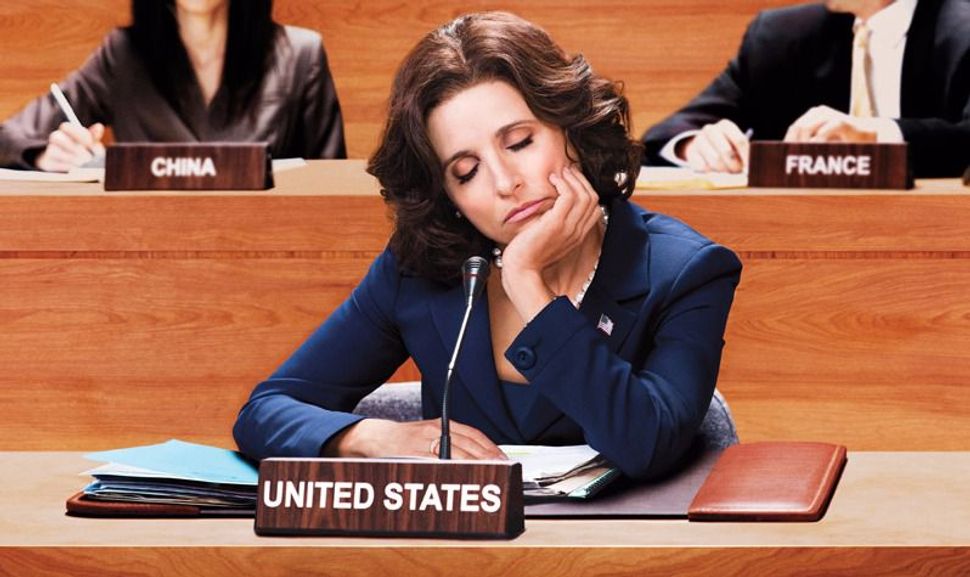 In an interview with The Hollywood Reporter this week , “Veep” executive producer David Mandel said that the HBO political satire had to nix an already written “golden showers” joke after graphic sexual claims were made about Donald Trump’s trip to Russia.

“We hadn’t filmed it yet, and we realized, “Oh, we need to change that” [because of the Trump-Russia dossier],” Mandel recalled. “Who knew we would literally have to change a Veep golden showers joke because of the real president of the United States of America? It doesn’t get any weirder than that.”

And that wasn’t the first time. Timothy Simons, who plays “Veep” politician Jonah Ryan, recalled a bit they shot involving his character accidentally emulating Hitler’s salute while on the campaign trail. Simons told The Huffington Post that a couple of days after filming that scene, Trump was photographed doing the same gesture.

“That’s an example of [asking yourself], ‘What’s the dumbest thing a politician can do?’ And then a politician goes out and does it,” Simons quipped.

Mandel explained that, joke stealing aside, “Veep” has had its share of challenges existing as a political satire during this current administration.

“We’re not doing scenes on a daily basis where you would say, ‘Trump did it funnier last night.’ If we’re doing Mike McLintock [Matt Walsh] press conferences, and Sean Spicer is doing his, what are we really bringing to the table? In some ways, they’re funnier; in some ways, they’re stupider,” Mandel said. “So much of Veep is often just sitting around thinking: “What’s the dumbest thing that could happen?” They’re doing stuff that we couldn’t invent if we tried.”