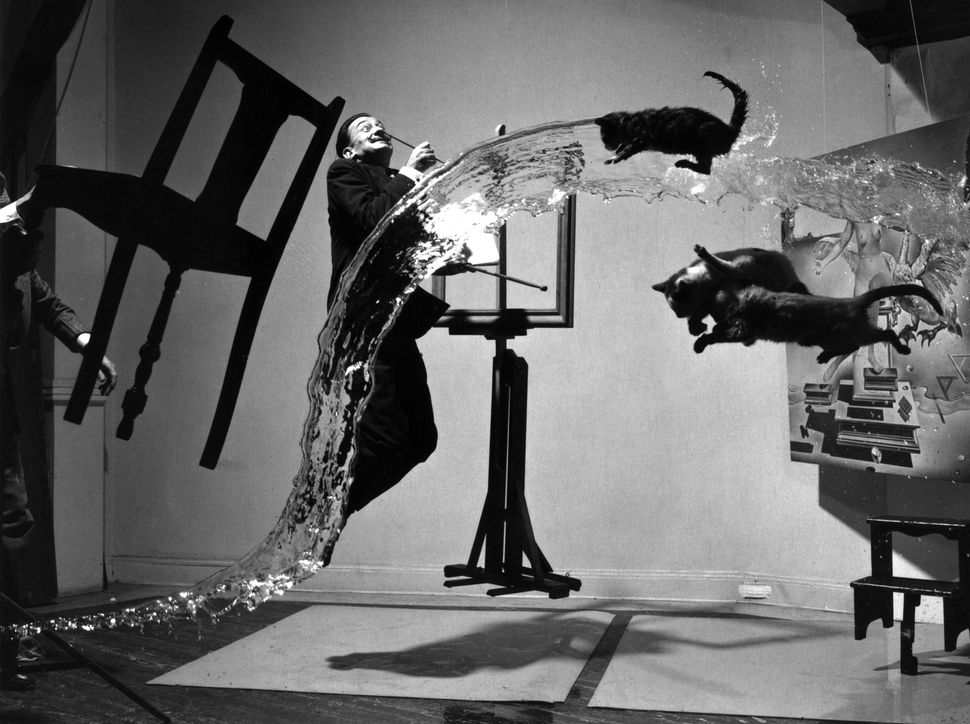 I’ve never truly believed the idea that portrait photography can tell us a clear truth about its subject. When we look at a portrait of Samuel Beckett, for instance, we might read a certain depth of life, and a certain hawk-like incisiveness, into the nooks and crannies of his face. But despite the expressiveness of the portrait, we can only accurately infer these qualities because we already know a great deal about the man it depicts. Knowing nothing about him, we could perhaps guess at these qualities, but we could not say that the portrait had, for certain, revealed them to us.

All of this is to say that a portrait’s sitter has an entire life outside of the photograph. Divorced from this context, an image can only carry so much precise meaning.

The photographer also brings a character to the proceeding, adding even more degrees of remove. The photographer brings his own subjectivity to the photograph, making both conscious and unconscious decisions regarding how to frame the subject, and the camera brings its own technical limitations to the affair; photography makes audiences necessarily incapable of seeing anything other than what the camera itself “sees.”

So the portrait photograph provides four sources of obfuscation.

That obfuscation, however, can reveal a great deal. Portraits show us something of how a subject sees him or herself, how a photographer sees their subject, or the relationship between the two. Sometimes, as in the work of August Sander, portraits can give a glimpse of a specific time and place, a whole national myth. And so we might say that a portrait’s highest aspiration is not to depict a subject as it really is — perhaps an impossible goal — but rather, to provide an occasion for meaning, creating an image of depth in which the truth of a subject might lurk somewhere within the world of possibilities and associations that the image opens up.

It is this aspiration that is so brilliantly realized by Halsman, born on this day in 1906. Halsman was cosmopolitan in the true sense of the word: A polyglot fluent in five languages, a resident first of Riga (the city of his birth), then Dresden and Paris for his studies as an electrical engineer, then finally New York after the outbreak of World War II forced him, as a Jew, to flee the continent via the port of Marseille. (Halsman was able to procure an American visa due to the intervention of Albert Einstein, who was a family friend.)

His interest in photography, which began at the age of fifteen upon the discovery of an old view-camera in his attic and then became a career while he was in his twenties in Paris, brought him into contact with some of the world’s most famous writers, actors, musicians, artists, scientists, and politicians. He was a man who was well acquainted with the world, and the depth of his experience comes through in his photographs.

In his first years as a photographer, Halsman’s primary artistic advance was to reject the soft focus and vignetting of early photographic portraiture for sharply focused images, replacing the dreaminess of those early portraits with an unflinching realism — a term we should take with a grain of salt for all the reasons mentioned above. His Paris photographs from the 1930s, which feature his first experiments in lighting, reveal an interest in the raw material of his subject’s face.

In his first portrait of a famous subject, Halsman photographed the French author Andre Gide in the mid-1930’s. Though the photograph is fairly unremarkable when compared to Halsman’s later work, it gives us an insight into the possibilities of sharpness explored by Halsman. We see Gide’s face and hand in intense focus while the rest of the image is a bit soft, a bit fuzzy – Halsman’s focusing forces us towards the important parts of the photo.

While his work in France eventually led to both commercial and critical success, Halsman struggled in obscurity upon moving to the United States in 1940. It wasn’t until he produced a now famous photograph of a young Connie Ford against an American flag that he began to enjoy a similar degree of renown in America as he did in Paris. The Connie Ford photograph eventually landed Halsman work with LIFE Magazine, which was, at the time, America’s most important purveyor of high-quality photojournalism. In his work for LIFE Halsman photographed the likes of Woody Allen, Louis Armstrong, The Duke of Windsor, and others.

Halsman is perhaps best remembered for one specific piece in the magazine – his photograph of Salvador Dalí jumping, surrounded by flying cats, water, and hovering furniture. The photograph, known as “Dali Atomicus,” is a perfectly surreal composition for a portrait of Dalí, but more than that, made well before the advent of digital retouching, it is an astounding technical achievement. In order to create the image, Halsman had to suspend the furniture and easel by thin wires, and had to direct assistants to throw the water and cats at exactly the right time.

It was an image that, in the manner of Halsman’s previous insistence on sharp focus, opened up new possibilities of portrait photography. Its radical use of props, comic touch, and surrealist composition all helped bring experimental techniques and sensibilities into the mainstream.

Halsman dabbled in experimental photography outside of his famous portrait of Dalí, creating deconstructed nudes, photographic mashups like this one of Marilyn Monroe and Chairman Mao, and more standard surrealist images — a naked woman in a demonic mask riding a wooden pig, for instance. His more avant-garde sensibilities also shone through in his “jumps” pictures, which depict figures, often famous entertainers, mid-air against neutral backgrounds. The blankness of the backgrounds makes it appear as if the figures are hurtling through an empty void, removing all sense of physical reference. (The whole series strongly evokes the photo-collage work of Bauhaus master Laszlo Moholy-Nagy.)

With his photography, Halsman’s stated goal was to explore the human face the way “Tolstoy and Dostoyevsky…had explored human nature, with psychological depth and honesty.”

Notice that the goal is not to find the “truth” of a subject, but to achieve “psychological depth and honesty.” Among Halsman’s many fantastic portraits, I think the finest exemplar of his ability may be this subtle portrait of Alfred Hitchcock. Halsman was incredibly gifted at the use of props — consider his use of a king piece in this portrait of Bobby Fisher, or this juxtaposition of Marc Chagall’s face with the upside-down face in one of his paintings in the background — but this portrait of Hitchcock is free of props, just the man in the corner of a room.

Hitchcock had a naturally bizarre face, and, like Iggy Pop, any photograph of him is instantly touched with a sense of the strange. As a result, in taking his portrait, many photographers attempted to play upon this sense with heavy-handed compositions. Halsman, rather than indulging in the bizarre, photographed Hitchcock in the midst of a perfectly mundane action –- wearing pants a few sizes too large. It’s quotidian, but when contrasted with the majority of photographs of Hitchcock, its mundanity makes it all the more strange. Here we have a large man with a droopy, birdlike face, wearing too-large pants in the corner of a room, staring down at either the pants or what they house. The image tells us absolutely nothing concrete about its subject, but, like any great portrait, it is ripe with potential meaning. Humor, pathos, seriousness, surrealism –- the possibilities are endless.

Halsman wrote in his website’s autobiography section that “Every face…seems to hide –- and sometimes fleetingly to reveal -– the mystery of another human being.” His work is so brilliant because it laid no claim to getting behind that mystery, to falsely “exposing” something or other. For him, as it ought to be for us, the mystery was enough.