When Smart Rabbis Make Dumb Videos We Must Demand Better 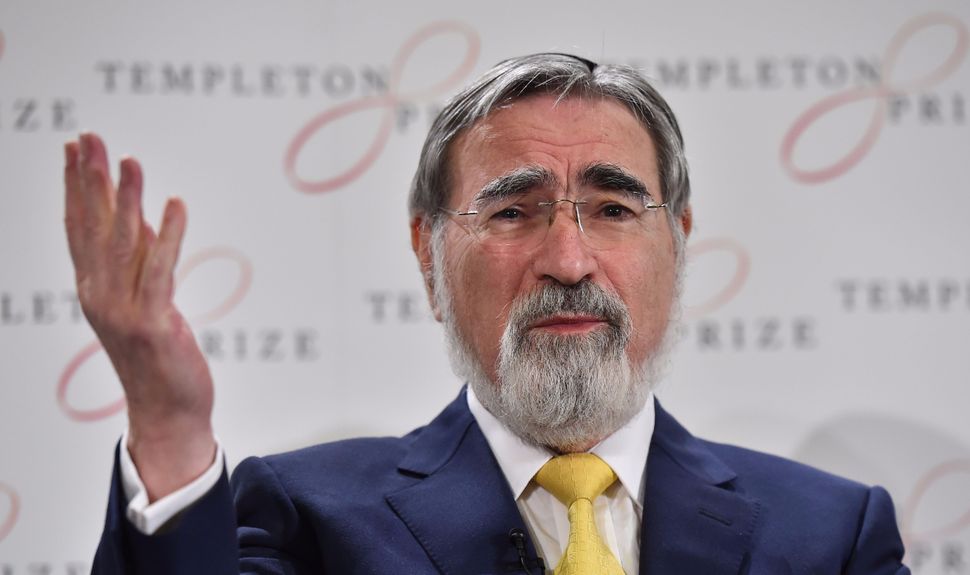 So what are we to make, then, of Rabbi Jonathan Sacks’s new viral (for the religious community, at least) video? For those unacquainted with Rabbi Sacks, he is, per his Facebook page bio, a “global religious leader, philosopher, author, and moral voice for our time.” He’s a prominent figure, not just in the Jewish community, but the religious community at large, having published articles in the Wall Street Journal, taught at Kings College London and New York University, and was once the Chief Rabbi of the United Hebrew Congregations of the Commonwealth.

But watching this video, titled “Rabbi Sacks on the Mutation of Anti-Semitism,” you’d never know it. The first problem with the video is the aforementioned assertion that “anti-Semitism” has “returned to Europe,” suggesting that it somehow left in the first place. In the 1980’s alone there were attacks on Jewish communities and synagogues in Paris, Antwerp, Belgium, Copenhagen, Rome and Vienna. These were high profile attacks, but there was also the daily low level violence and anti-Semitic rhetoric faced by the Jews of Europe (and again, we are only addressing outward manifestations of anti-Semitism; we are not even mentioning the internal attitudes held by large swaths of the population).

To be sure, we have seen a number of large scale anti-Semitic attacks in the past few years, and anti-Semitic hate crimes are on the rise (in the United States, at least), but the idea that this is somehow new not only ignores the past, it also absolves the West of its terrible post-’45 history of anti-Semitism. This absolution and astonishment at the present situation prevents us from reckoning with the reality of anti-Semitism in Western society, which is that it is here, has always been here, and is not merely a product of increased immigration from the Middle East and North Africa (though countries in these regions do have higher rates of anti-Semitism than most European countries).

The second, and biggest issue, with the video is when Sacks explores the truism that anti-Semitism is a form of scapegoating as if this were some kind of insight. Sacks says, “When bad things happen to a group, its members can ask one of two questions: What did we do wrong? or who did this to us?” If a group asks the former, “it has begun the process of healing the harm.” If it asks the latter, “it has defined itself as a victim. It will then seek a scapegoat to blame for all of its problems.”

This is comically facile. Sacks goes on to say that, traditionally, the scapegoat is the Jews (which in many instances is true), but the logical structure of his statement leads us to ridiculous applications. Let’s apply this statement to the Jewish people – plenty of bad things have happened to us, no? Let’s say that in, oh, I don’t know, 1945, the Jews were dealing with a particularly bad thing. The Jews of 1945, according to Sacks’s binary, could either ask “what did we do wrong?” or “who did this to us?” Applied to our hypothetical, the proper Jewish response to the Holocaust would be “what did we do wrong,” a question that suggests guilt. We should not, according to Sacks, ask who did this to us and why – the blame is on us. Or a non-Jewish example. African Americans should confront the history of slavery in the United States not by blaming those who brought their ancestors here in chains or the institutions that enabled their continued subjugation, but rather by asking, where did we go wrong in this whole situation. It’s absurd.

This is not, of course, what Sacks intends to say. I only illustrate the consequences of this line of reasoning in order to ask why? Why would a figure like Sacks produce a video that peddles such foolish banalities? It’s the same new-age, big idea-small minded answer garbage frequently peddled by TED Talks and other forums of corporate-masturbation masquerading as intelligent discourse. A lot of Powerpoints, a lot of whiteboard animations (like Sacks’s video), a lot of self-help feel good rhetoric, and absolutely no insight.

At the basest level, if we assume the absolute ignorance of the common viewer, then Sacks’s video is informative – anti-Semitism exists, it is a malleable form of hate, the denial of Israel’s right to exist is anti-Semitism, and anti-Semitism is indeed a problem that affects not only Jews, but society at large. But if we afford Sacks’s audience even an iota of respect, then we must find this video wanting.

Again, the video is a symptom of a larger issue. It is inadequate, yes, but it is hardly the worst offender out there and, if you read Sacks’s written work, he is an incredibly learned man. Which makes it all that much worse – we should expect, and demand better from people like Sacks. Educators should educate – if you continually appeal to and appease the lowest common denominator, well, it stays low.

Cynically (what else can we be these days), I’d say that this video and its ilk exist because to exist as a “public intellectual” is to necessarily be oriented in some way towards the public, and the public likes comforting and simple reasoning. Like corporations who churn out products that are nothing more than diluted and vampiristic renderings of formerly non-commodified, or at least, more difficult works (we call this the capitalist process of incorporation –  consider Pepsi’s recent incorporation of protest to sell soda a prime example), “intellectuals” who create and promote this silliness offer nothing more than a diluted, commercialized form of knowledge, which is to say, they offer no knowledge at all. Yes, an appeal to the lowest common denominator is the easiest way to spread a brand, and every public figure, including Sacks™, seems to have one these days, but it is still a terrible thing to witness the corporatization of knowledge and the debasement of intellectual discourse.

When Smart Rabbis Make Dumb Videos We Must Demand Better