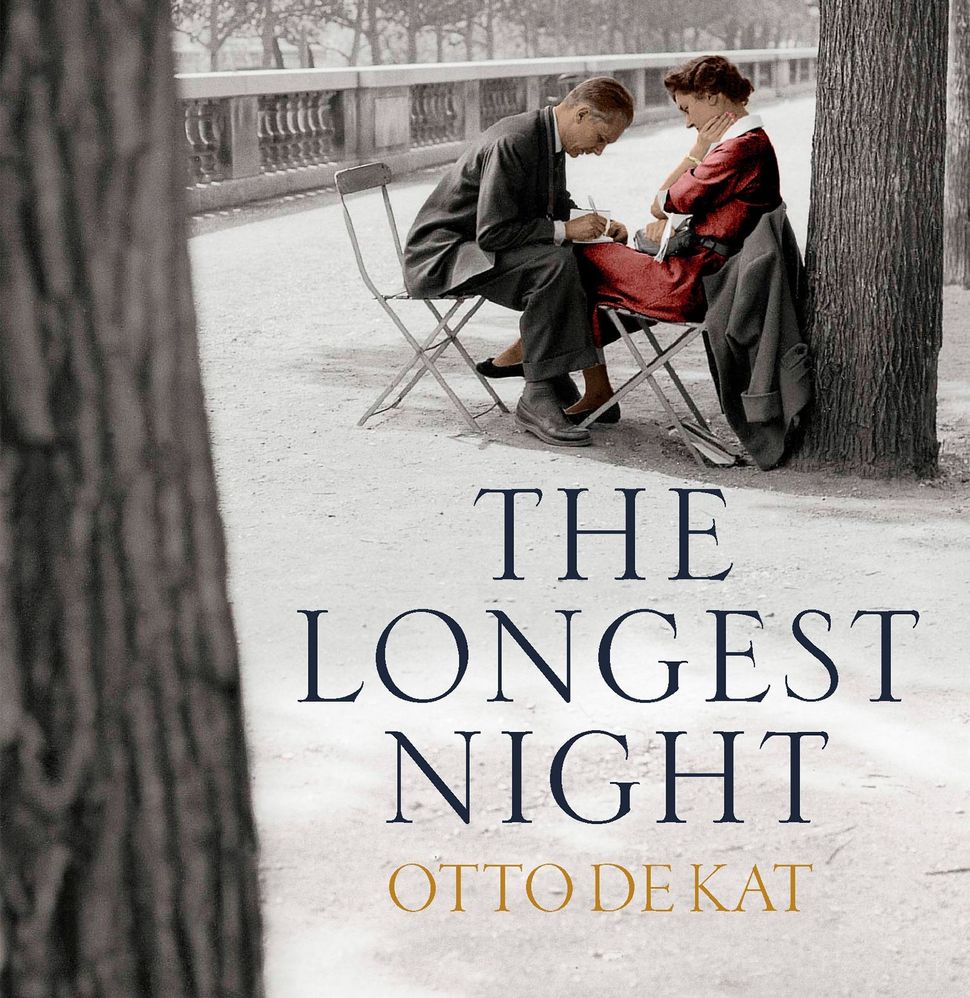 Emma, the sympathetic protagonist of Otto de Kat’s “The Longest Night,” is 96 and ready to say goodbye to her life. But first she will relive it, re-experiencing her emotions, debating her choices.

A nurse is at her side, and a euthanasia team is on its way. As Emma waits, her past and present converge. She drifts through labyrinthine memories of two husbands, two countries and two sons, of the terror of World War II and the painful recovery in its aftermath.

“Her life had shattered into fragments, crystal clear, light and dark, an endless flow,” de Kat writes in the novel’s opening pages. “Time turned upside down, and inside out.”

De Kat is the pen name of the Dutch publisher, poet, novelist and critic Jan Geurt Gaarlandt, a past winner of Holland’s Halewijn Literature Prize. He’s not well known to American readers, but he should be. It’s not surprising to learn that de Kat is also a poet; his linguistic gifts are evident. This is a lovely novel, at once psychological and historical, written in spare, elegant prose and beautifully translated by Laura Watkinson.

“The Longest Night” is the fifth in a series of interconnected World War II novels that share characters and plot points and draw on de Kat’s own family history. (The others are “The Figure In The Distance,” “Man On The Move,” “Julia” and “News From Berlin.”) Its dedication —to the two daughters of Clarita and Adam von Trott and the memory of Christabel Bielenberg —is also worth noting.

To students of the Nazi period, Adam von Trott is a familiar name, a German diplomat and Resistance member who tried in vain to convince the Allies of the possibility of a negotiated peace. He was executed (along with more than 4,000 others) after the failure of the July 20, 1944, plot to assassinate Hitler.

Bielenberg was the British wife of Peter Bielenberg, a German lawyer who opposed the Nazi regime and was friendly with Adam von Trott. When Bielenberg was arrested and sent to a concentration camp after the coup attempt, his wife successfully pleaded his case to the Gestapo. Both husband and wife survived the war, and she wrote two memoirs before her death at 94.

Emma’s backstory and narrative arc are different: She is Dutch, and her “good German” husband, Carl Regendorf, meets a darker fate than his real-life counterpart. But Bielenberg seems to have been an inspiration for the character (along with de Kat’s own mother).

After July 20, de Kat writes, “Emma and Carl had lived in a pressure cooker of fear and tension,” dreading every footstep and creaking floorboard. When Carl, meeting with von Trott, is taken by the Gestapo, Emma flees from suburban Berlin to a supposedly “Nazi-free village” in the Black Forest, to stay with a friend’s relatives.

After the war, a brutal journey takes her back to the Netherlands, where her mother’s prosperous cousin lives. She arrives “like a ghost, without Carl, parched with grief.” But soon, at a dance club, she meets Bruno Verweij, a gentle man who stirs her enough to become her second husband.

They settle on a street in Rotterdam whose residents form a tight, mutually supportive community. Emma’s relationship with Bruno isn’t perfect — she is romanced (and proselytized) by a pastor, and Bruno may still harbor feelings for a wartime love. Both his family and hers have a history of fractures (elucidated more fully in the earlier novels). But the marriage has solidity and endures.

The jangling of a phone, the taste of raspberries, the glint of a ring: These Proustian details inspire snatches of verse and pull Emma into the past, “along a complex network of corridors, the crumpled map of her life.”

De Kat re-creates the dangers and suspicions of the war years, the postwar awakening of Europe’s economies, the steady normalizing of relations between a Germany “gleaming with prosperity” and the rest of the world. Bruno wanders this new Germany as a Chamber of Commerce official, while Emma commits to “[h]appiness as a task, as a duty….”

The novel’s title refers to more than Emma’s two nights of waking dreams. It turns out to be a quasi-mystical reference to a lifetime of somnolence. Awaiting death, “Emma suddenly felt that she had been sleeping all her life,” de Kat writes, “as if she had slept through it, in fact.”

To some extent, he seems to suggest, we are all like Emma, half-awake at best. Entangled in our personal and historical pasts, we sleepwalk through dramas of love and loss against the nightmare backdrop of circumstances largely beyond our control. Emma’s cousin, before his death, is reading Schopenhauer, and the quote de Kat excerpts suggests a tragic balance between destiny and free will: “Fate shuffles the cards, and we play.”

Julia M. Klein, the Forward’s contributing book critic, was a finalist for the National Book Critics Circle’s Nona Balakian Citation For Excellence In Reviewing. Follow her on Twitter, @JuliaMKlein