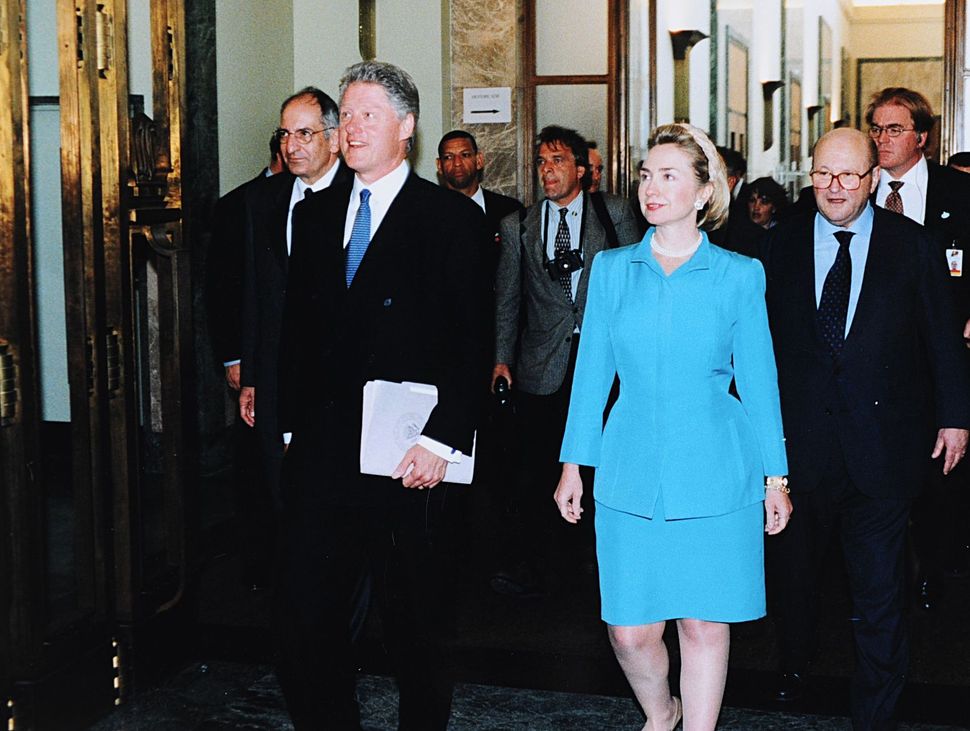 As part of a three-book deal with Random House, Sittenfeld, who is half-Jewish, will write a novel imagining what the former Secretary of State, senator, and first lady’s life might have been had she turned down former president Bill Clinton’s proposals of marriage once and for all. (Historically, Rodham Clinton did reject Clinton’s proposals multiple times.) The Guardian reported that a Random House spokesperson said the book would debut in 2019.

The project was announced on May 8, the same day it was announced that Bill Clinton and James Patterson will collaborate in writing a novel called “The President is Missing.” Rodham Clinton will also release a book of essays this coming September.

What is the world like in a timeline in which Hillary married someone other than Bill Clinton — or no one at all? Does she become president, a Supreme Court justice, or just another coastal elite lawyer? Do strangers hear her name and feel no compulsion to ask about her emails? And what will Chelsea Clinton, who will presumably be written out of this particular history — after all, different partner, different child (again, if any at all) — think? And perhaps most importantly: By 2019, will any of us still care?