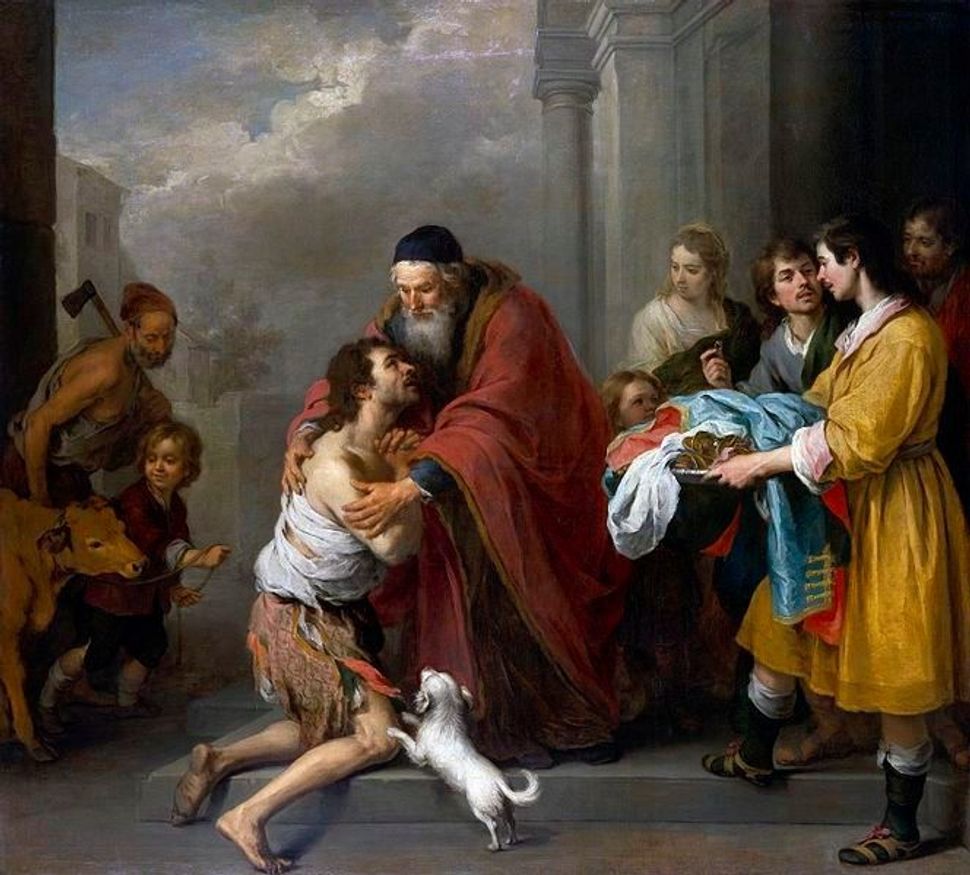 There are two great paintings titled “Return of the Prodigal Son,” one by Rembrandt and one by Bartolomé Esteban Murillo – neither of which is housed in its painter’s country of origin. The Rembrandt version is housed in the Hermitage Museum in St. Petersburg, while the Murillo is housed in the National Gallery in Washington D.C. (the Rembrandt is the better of the two, in my opinion – note the difference between the son’s feet in the two paintings. In Murillo’s the son is barefoot, in Rembrandt’s he is missing one shoe. It’s a small detail, but it opens up a world of narrative possibility – Rembrandt was not just a master painter, he was a master storyteller as well). But while the Rembrandt made its way to Russia after being gifted to the Russian Empress Catherine the Great by Duke d’Ancesuine, the Murillo’s route to D.C. was far more circuitous, and far more contentious. 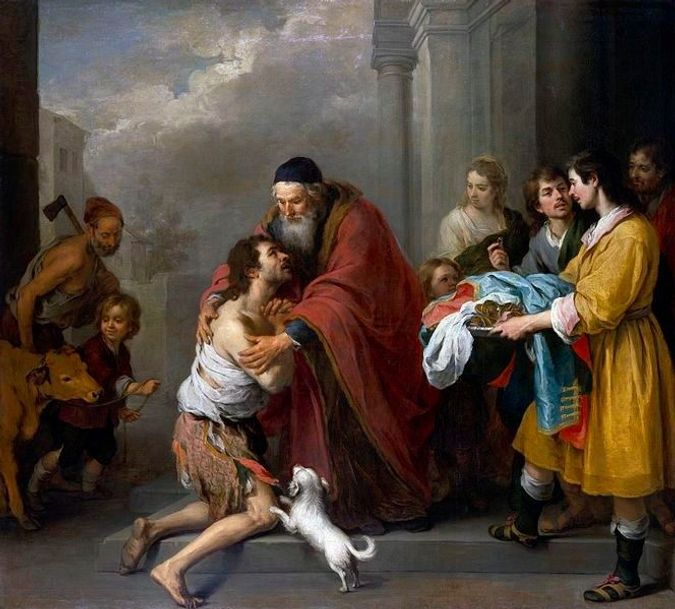 A fascinating article by Menachem Wecker in Hyperallergic tells the story of how the Murillo painting made its way from the Hospital de la Caridad in Seville to the National Gallery. The painting was originally “one of six works in a series Murillo painted for the medieval La Santa Caridad (“holy charity”) brotherhood, of which he was a member.” I won’t spoil the article but the painting was repeatedly stolen by the French, sold to the English, then to the Avalon Foundation in New York, then ultimately gifted to the National Gallery, which, as Wecker notes, makes no reference to the fact that the painting was stolen; rather, it simply states that it was “taken to Paris in 1812.

The article is not just the story of the provenance of Murillo’s prodigal son painting. Other museums, like the National Gallery of Canada, the National Gallery of London, and the Hermitage Museum also currently own Murillo paintings stolen from the Hospital de la Caridad. Currently, the hospital only owns two of the original Murillos – replacing the other four with reproductions.

But why should any of this matter, you might ask. Sure, the Hospital is entitled to its stolen property, and, the Jewish community in particular ought to be invested in seeing precedent set for the restitution of stolen works, but at the end of the day, the works are now housed in more accessible institutions that are also likely more able to properly preserve and study the paintings. Isn’t the whole point of art for it to be seen – and if Murillo’s works are now seen by more people, then isn’t this a good thing? (Similar arguments have been made in reference to the Elgin Marbles, marble statues created by Phidias for the Parthenon in Athens – stolen by the English in the early 19th century.)

Indeed, art is intended to be seen, but it matters exactly where a work of art is seen. “The Return of the Prodigal Son” is a story told by Jesus in the Gospel of Luke in which a son receives his inheritance from his father early, squanders his wealth, then returns to his father a pauper only to be received in love and forgiveness. It functions in art as a common parable for the divine mercy of God. In the context of the Hospital de la Caridad it was, along with the other 5 paintings, a meditation on God’s mercy in the face of sickness. The location of the Hospital of course places the painting in its original religious context, which can then open up a series of questions regarding theodicy and illness.

In the National Gallery, however, the painting is placed in proximity to, among other less than wholesome works, “Guercino’s biblical paintings ‘Amnon and Tamar’ (1649–50) and ‘Joseph and Potiphar’s Wife’ (1649)…the first depicts David’s son raping his half-sister, and the second, Potiphar’s unnamed wife attempting to seduce Joseph and frame him for adultery.” The context here is radically different than the context of the Hospital. Here the painting is placed among works chronologically similar, but thematically different. Yes, they share religious themes, but religion is a large tent, and the works considered side by side spark less a conversation about the divine than about variations in style in 17th century art – or, it may simply spark a conversation about theft.

Since Marcel Duchamp helped spark art’s turn into the purely theoretical (Andy Warhol’s “Invisible Sculpture” is a fine example), context has become more important than ever. Indeed, recontextualization is, in itself, an artistic practice. Consider Duchamp’s most famous work – “Fountain.” The work is a urinal placed in a gallery, signed “R. Mutt.” Aside from the signature, the only artistic labor that went into “Fountain” was its placement within the context of the art world. A urinal here, a masterpiece there. Even earlier than Duchamp’s fountain, Europeans began the process of recontextualization with religious “art” from other cultures – taking various religious objects and divesting them of their ritual context by replacing any sort of religious use with a purely aesthetic one. Wecker ends his article by stating that museum “visitors often aren’t aware that there might be a troubling story lurking behind the works that hang on museum walls.” Indeed. The story of theft is troubling, as is the story of the consequent change in a work’s reception. Perhaps it is time for the Prodigal Son to return home.