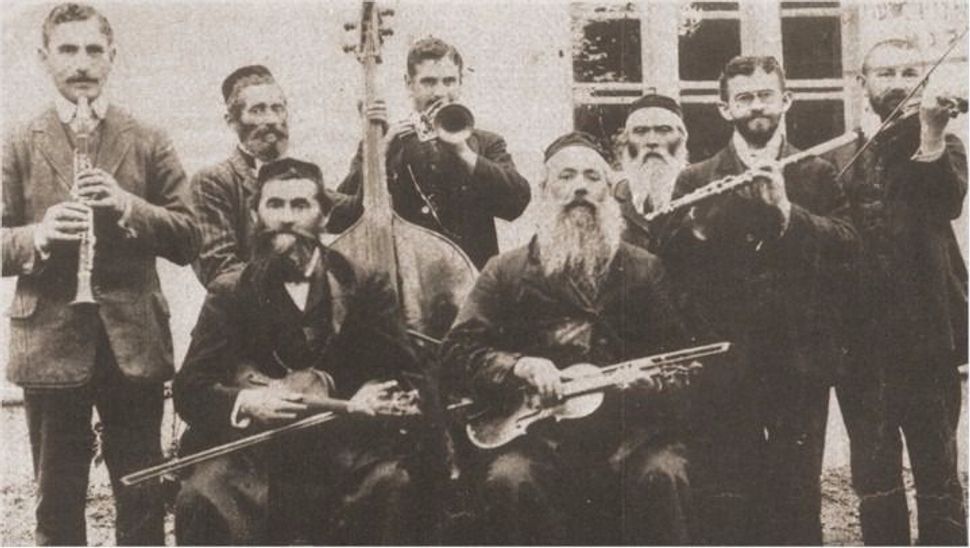 There’s a branch of musical discourse, typified by the neo-classical puritanism of Wynton Marsalis, that likes to distinguish between “real” jazz and “fake” jazz. The “real” or “genuine” or “authentic” is almost always, as you would guess, the old – the “fake” or “inauthentic” being, of course, newer sounds. It’s distinction that, for me, misses something so essential about jazz, and indeed, about almost all musical forms – their adaptability.

The conversation extends well beyond Jazz. A recent article in Van (a fantastic new online publication that deserves a far wider audience than it currently has) sees Daniel Grossman, the conductor of the Jewish music-focused Jakobplatz Orchestra, bring this “real” “fake” discourse to bear on klezmer music. Grossman begins by stating that he hates klezmer – or so he thought. “But is what has become known as the klezmer style genuine klezmer?” he asks “The answer is: not exactly.”

The music that Grossman hates is, indeed, klezmer, simply of a newer, and perhaps schmaltzier type. As an example he gives the music of Giora Feidman. Feidman, a clarinet player, plays the type of virtuosic, growling, lilting, frenetic minor-key melodies we have come to associate with the genre. It is, again, schmaltzy, and as Grossman points out, repetitive to the point of tedium, but it is still klezmer all the same – or so most of us would (rightly) believe.

For Grossman, it is not “genuine” klezmer. No, for “genuine” klezmer we must go back to the hazy recordings of the early 20th century “Genuine” klezmer (which, interesting tidbit, derives its name from the Yiddish word for the musicians who played the music, that is, klezmorim), “hails from the Eastern European shtetl. It used to be festive music accompanying weddings and other celebrations.” As opposed to klezmer as it currently exists in the popular imagination, “genuine” klezmer was performed by small orchestras as opposed to the usual clarinet-led small group.

Grossman provides us with a couple fascinating old-klezmer recordings which give us an insight into his distinction. The old recordings he provides are more brass driven, less hectic (the contemporary conception of Klezmer seems to have been largely influenced by the unrestrained energy of Romanian and Roma music). The melodies are fairly similar, with small differences here and there, and the primary difference seems to be the increased restraint and the instrumentation.

Klezmer became what it is today, Grossman contends, once it was bastardized by the sounds of America. After the mass wave of Jewish immigration to the United States in the late 19th and early 20th centuries, newly-arrived klezmer musicians had to adapt their music for a new audience with different tastes. The recording of Naftule Brandwein, a popular clarinetist in early 20th century America, does display a turn towards the small group format and towards the jazz-inflected sound we hear today.

But Grossman ignores two things. First, he ignores the fact that early 20th century klezmer recordings from Eastern Europe (and thus, in his words, “unadulterated”) also make use of the small group format and showcase virtuosic soloists in a similar vein to the early American recordings (perusing the treasure trove of uploads by Youtube user “classicklezmer” you’ll find both orchestral and small group recordings). Second, Grossman, like Marsalis, seems incredibly rigid in his definition. Both 19th century shtetl music and the contemporary music of groups like the Klezmatics and the aforementioned Feidman are klezmer. Music changes with the times, it adapts, it transforms, it incorporates other sounds and is incorporated in turn. Louis Armstrong and Dave Douglas are jazz, Schoenberg and Mozart are classical, and so on. If “real” klezmer is dependent upon time, place, occasion, band size, and orchestration then the genre died a long time ago.

Thankfully, klezmer is not dependent upon those criteria, and the genre has not died. Indeed, it is thriving. While Grossman may be correct to point out the recent wave of hackneyed klezmer ensembles and festivals, there are some recordings that I’d like to suggest, both old and new, that have pushed the klezmer tradition in new directions:

Few people have done more to keep the klezmer tradition, and the Jewish musical tradition at large, alive than John Zorn. His Masada band melds the melodic content of Klezmer with loose structures and avant-garde sensibilities.

Though the music for the “Book of Angels” series was composed by Zorn, he is absent on this recording by the Bar Kokhba Sextet. Fronted by the mercurial Marc Ribot on guitar, this recording channels the shtetl by way of a swampy blues (the inherent blues-klezmer connection has always seemed obvious to me).

This is my favorite track from one of my all-time favorite albums. Here the Uri Caine Ensemble (led by pianist Uri Caine) performs a segment from Gustav Mahler’s first symphony. The performance goes from funeral-march, to New Orleans jazz, to klezmer, to collective free improvisation.

4) “Fiddler On The Roof” – Cannonball Adderly

Here we have Cannonball Adderly performing the title track from Joseph Stein and Jerry Bock’s musical “Fiddler on the Roof.” The sounds of the shtetl are warped through Broadway, then again through hard-bop, but the klezmer sound is clear.

A segment from Osvaldo Golijov’s “The Dreams and Prayers of Isaac The Blind” performed by the criminally under-appreciated Boston ensemble “A Far Cry” and clarinetist David Krakauer. In the performance we hear the combination of a virtuosic klezmer clarinet and contemporary classical (a term that’s always struck me as odd).

Listen to these tracks and the tracks suggested by Grossman – they’re all great, and they’re all klezmer, in their own way.