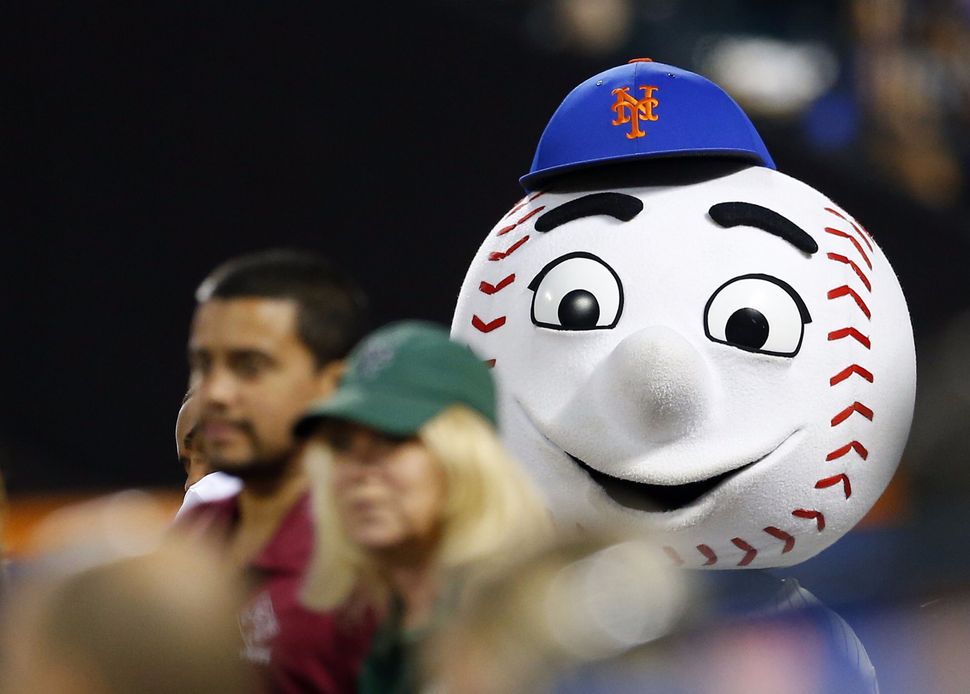 In a gesture viewed with shock around the world — ok, just in New York — this past Wednesday night, beloved baseball mascot Mr. Met took the colorfully rebellious step of flipping off a fan.

But New York-based writer Sadie Stein thinks we should hold off on the outrage.

Last week, pre bird-flipping, Stein, whose work has appeared in the Paris Review, Time, and New York Magazine, penned a heartfelt tribute to Mr. Met in The New York Times. 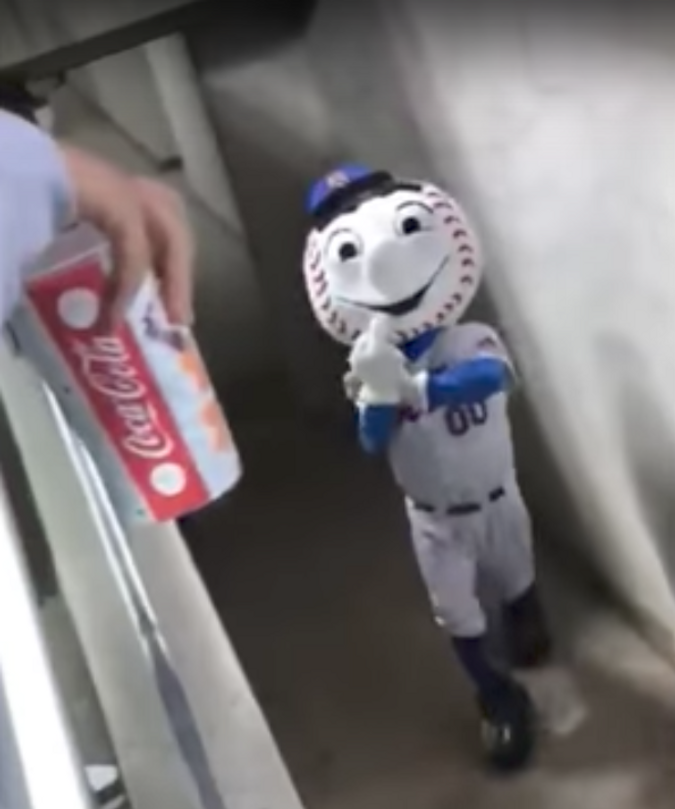 Mr. Met, at the fatal moment. Image by youtube

“I think Mr. Met is all of us right now,” she said, reached by the phone.

“My immediate reaction was if he’s done this, he must have been pushed really far,” she added. She could relate: “This has been a really rough couple of weeks for a lot of us.”

There was also something to admire in the four-fingered, baseball-headed character’s dexterity, Stein observed.

“Part of me is just impressed that he managed to do it, given how few digits he has,” she said. “I continue to be impressed by his expressiveness.”

In her piece for the Times, Stein recalled informing a friend who inquired as to Mr. Met’s race that the mascot “is a baseball.” True enough.

Yet in his new disgrace, for Stein, he’s become transcendent, imbued with both new personhood — “I think at the end of the day it shows that he’s essentially human” — and a touch of the divine.

“In that Times piece I likened him to a god,” she said. “Gods have their caprices as well.”

As the Associated Press reported, the employee who gave a fan the finger will not be taking on the role of Mr. Met again. But Stein is staying loyal. Asked if anything might deter her love for the ever-smiling, globular-skulled mascot, she laughed.

“I like to think if he shot someone in the middle of 5th Avenue,” she said. “That would certainly do it.”