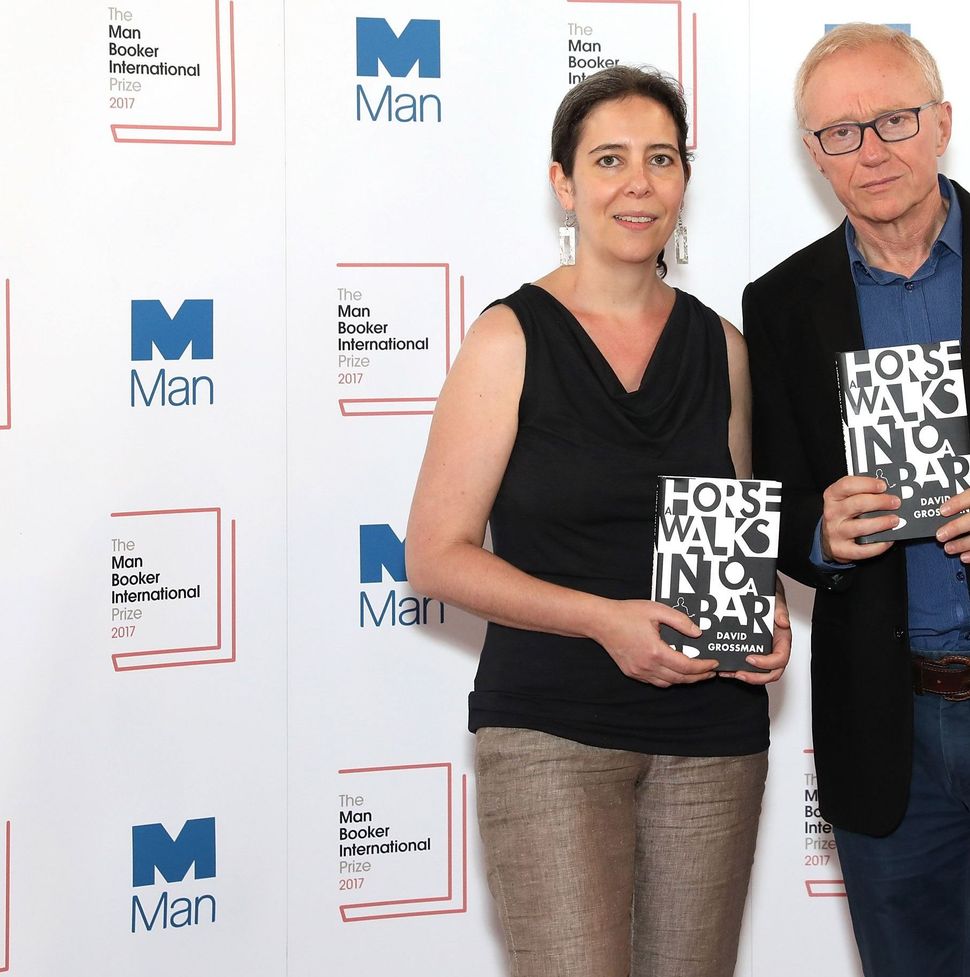 Israeli novelist David Grossman and his translator, Jessica Cohen, have won the 2017 Man Booker International Prize for “A Horse Walks Into a Bar.”

Delighted to announce our #MBI2017 winner is David Grossman’s A Horse Walks Into a Bar translated by Jessica Cohen – https://t.co/AZQPkQiKfp pic.twitter.com/z441PP3DiC

Both Grossman and Amos Oz were finalists for the prize. The honor comes with a cash award of £50,000, shared equally between author and translator.

Its most recent winners were Hungarian novelist and his translator George Szirtes.

“It’s a short book, at times the main character is challenging,” said Nick Barley, chair of this year’s judges, in a video released by the Booker Foundation. “But what David Grossman achieves with this book is absolutely remarkable.”

Speaking to the Forward this spring, Cohen offered thoughts on why “A Horse Walks Into a Bar” was a powerful novel.

“Initially when you see the title, and you read the first couple pages, you think ‘Oh, he’s doing something light, this is going to be fun,’” she said. “And then you get sucked into this black hole of humanity. This is not going to be all about telling jokes, not that telling jokes is easy. It’s deceptively light and deceptively humorous.”