The Bible’s Coming To Public School — At Least In Kentucky 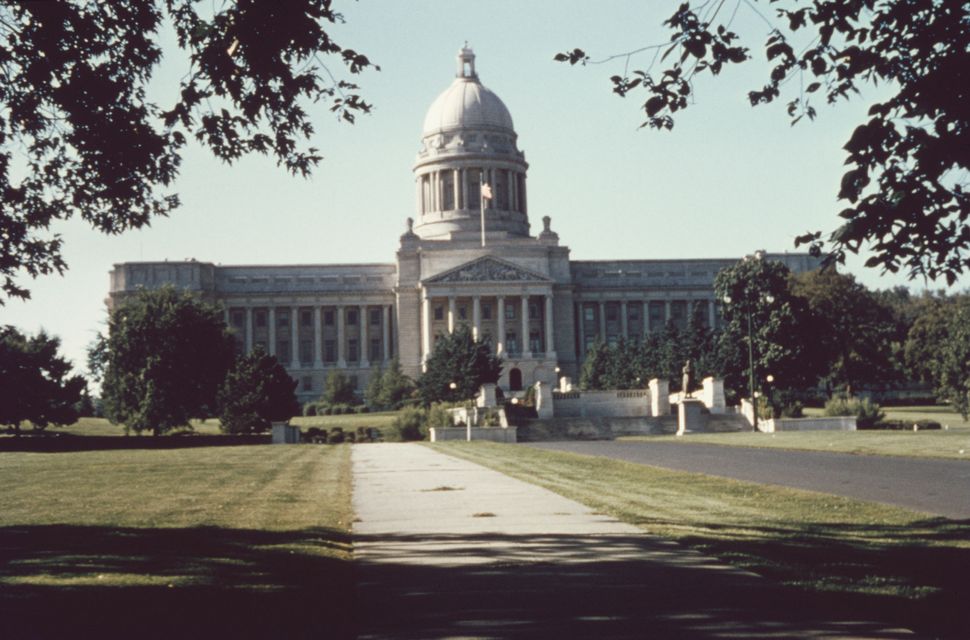 A new law in Kentucky makes it legal to teach a Bible elective course in public schools as part of the social studies curriculum. The bill easily passed the State House and Senate, and was signed by Governor Matt Bevin.

The video of Bevin signing the bill is currently the most popular video on WDRB, a Kentucky news site.

“You could be an atheist, and you would appreciate there’s a lot of wisdom in the Bible,” Bevin said. But the ACLU said it has concerns.

Similar laws are on the books in several states.

“It follows the lead of a handful of southern states, including Georgia and Texas,” religion journalist Linda Wertheimer commented on Twitter. “It’s already legal to offer elective courses.”

The idea of teaching the Bible in public schools was also part of the Republican platform. The Kentucky bill will take effect Friday, June 30th.

The Bible’s Coming To Public School — At Least In Kentucky