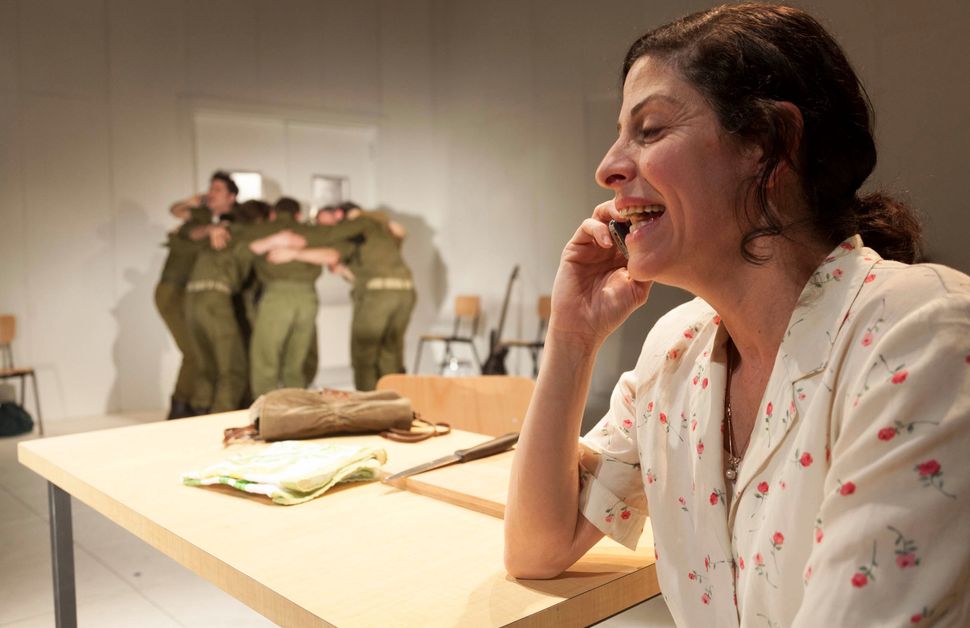 On Monday, July 24, a stage adaptation of David Grossman’s novel “To the End of the Land” will make its United States premiere.

But a number of prominent American theater artists wish it wouldn’t.

Their numbers include the Pulitzer Prize-winning playwrights Lynn Nottage, Annie Baker, Bruce Norris, and Tracy Letts, as well as the directors Sam Gold and Ken Loach. And their arguments, which revolve around the fact that the production is supported by the Israeli government, are fundamentally hypocritical.

For background: Each of those artists signed a letter, issued on July 1 by Adalah NY – the New York Call for the Boycott of Israel, for Lincoln Center to cancel the play, the performances of which form part of the 2017 Lincoln Center Festival.

Their objections to “To the End of the Land” are twofold.

First, the production is being brought to New York with the support of Israel’s Office of Cultural Affairs in North America, making it, they argue, part of a systematic Israeli government effort to “[employ] arts and culture to divert attention from the state’s decades of violent colonization, brutal military occupation and denial of basic rights to the Palestinian people”

And second, the theater companies staging it, Israel’s Ha’bima National Theatre and the Cameri Theater of Tel Aviv, have a history of performing in Israeli settlements in the Palestinian West Bank.

“By hosting the Ha’bima and Cameri theaters, and partnering with the Israeli government in doing so, Lincoln Center…is actively supporting Israel’s decades of denial of Palestinian rights,” the letter argues.

Those points are valid arguments about the entities they mention. But there’s a crucial one that they deliberately forget: The play.

“We are not raising concerns about any artists’ content, or their nationality,” one paragraph begins.

There is something alarming about a group of artists making the implicit claim that a piece of art’s content or quality matters less than its sponsors.

On a societal level, when artists give up on the idea that art can be powerful enough to pose a meaningful challenge to injustice, they give up on an artistic tradition of great richness, in terms of both artistic and political value.

Yes, it’s arguable that art produced with any degree of cooperation from an unjust entity doesn’t participate in that tradition. But the validity of that idea has to be judged on an individual basis.

The evidence for that fact can be found in the careers of those calling for Lincoln Center’s cancellation of “To the End of the Land.”

I would be surprised if a single signatory of the list in question could honestly claim that they’ve found artistic success without the support of funds carrying a potential moral taint. New York’s Signature Theater, for example which produced Baker’s “The Antipodes,” directed by Lila Neugebauer – another of the list’s signatories – accepts sizable funds from Citi, the largest shareholder in the Dakota Access Pipeline. That project notably infringes on the sovereignty of several Native American tribes, a continuation of centuries’ worth of their marginalization and oppression within the United States. It additionally poses, not unrelatedly, significant threats to their health.

That same pipeline is also partially funded by Bank of America, an institution cited by The Public Theatre, which produced Nottage’s recent Broadway debut “Sweat,” for a sizable donation in its most recent annual report.

(Bank of America withdrew its support from the Public in a scandal, earlier this summer, over the theater’s production of Shakespeare’s “Julius Caesar,” which modeled its title character on President Trump. That move, notably, drew an outcry from the artistic community over artistic censorship. It did not provoke suggestions that absent the yoke of Bank of America, the Public should congratulate itself on its newly acquired moral cleanliness.)

The fact is that art has always been financed by the wealth of entities – people, corporations, or countries – whose ethical standing is dubious. The answer to that discomfiting fact is not to boycott work whose sponsorship draws outrage; the art that remained would be, most likely, the finger paintings of kindergarteners.

The answer is, of course, focus on the art. Pressure should be put on those who sponsor art to be more ethical, certainly. That pressure shouldn’t come at the cost of the work they fund.

I haven’t yet had the opportunity to read a script of “To the End of the Land;” as of press time, Lincoln Center had not yet completed work on the English subtitles they’ll use in the upcoming performances.

But the novel on which the play is based is a breathtakingly frank and painful look at the flaws of Israeli society. Its author has spent his entire career – both as a novelist and a journalist – subjecting his native country to often-unfriendly analysis. In fact, he turned his full attention to fiction after being fired from the Israeli public radio station Kol Yisrael; his offense was disobeying instructions to bury a story on Palestinian leadership, for the first time in history, acknowledging Israel’s right to exist.

Miri Regev, Israel’s current Minister of Culture and Sport, is known for her efforts to prevent the Israeli government from providing funds for artists who voice opposition to government policy. Her voice sets the tone for Israel’s cultural policy, in Israel and abroad; her Ministry’s website lists one of its responsibilities as being “To help expose Israeli culture in the international arena.”

In that context, it’s actually promising that the Office of Cultural Affairs would support the Ha’Bima and Cameri production.

The move marks an acknowledgment, on Israel’s part, that exceptional art can be more important that compliant art. If Israel decides that being known as the country of David Grossman is worth the cost of being known as the country David Grossman writes about – in case this hasn’t come across yet, let me repeat: It’s not a flattering portrayal – that’s a positive move for everyone.