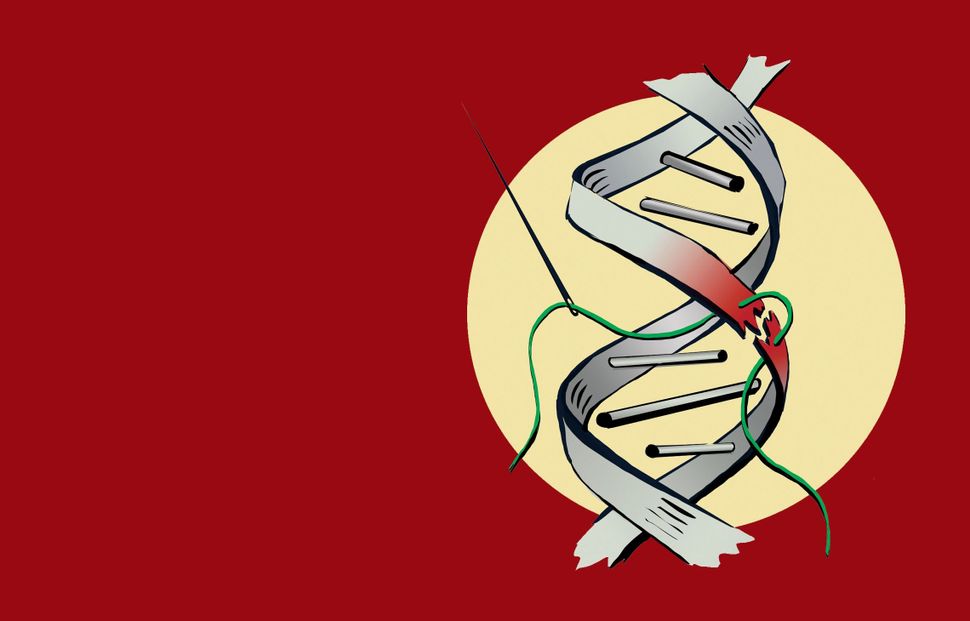 Is it possible for a pregnant woman under great stress to pass on that trauma to her fetus through a biological mechanism that alters her genes?

And could those deleterious effects be reversed by diet?

An emerging body of research has shown that survivors of the Holocaust transmit trauma to the next generation not only psychologically but also physically. “The children of survivors — a surprising number of them, anyway — may be born less able to metabolize stress,” Judith Shulevitz wrote in The New Republic in 2014. “They may be born more susceptible to PTSD, a vulnerability expressed in their molecules, neurons, cells and genes.”

Now scientists at the Weizmann Institute of Science, in Rehovot, who study the neurobiology of stress have published a new report suggesting that a predisposition for the development of certain psychiatric diseases may be pre-programmed into us in the womb in response to a challenging environment.

Rachel Field, who has studied biomedical medicine and first wrote about the Weizmann study for the Forverts, brought this fascinating news to my attention. The study, published in June in the journal Cell Metabolism, focused on binge eating disorder, a heartbreaking disease in which a person loses control over his or her eating, frequently consuming large amounts of food in short periods of time. This often leads to unwanted weight gain and obesity.

BED can be severe, even life threatening, and is surprisingly common. The National Eating Disorders Association estimates that in Western countries where high-caloric food is plentiful, 3.5% of women and 2% of men may suffer from binge eating at some point in their lives.

The Weizmann researchers, led by Alon Chen, started where scientists so often begin: with mice. To mimic a stressful environment, Chen and his team gave pregnant mice a drug that caused them to produce more corticosterone, a hormone that is released in the brain in response to stress.

After the mice pups were born, the scientists followed them into adolescence, when they were fed a “Western” diet full of calories over a short period of time, a regimen known to trigger binge eating.

“The findings were clear: Pups born to mothers exposed to stress during pregnancy tended to develop BED symptoms when they were given an erratic, high-calorie diet,” Weizmann reported. They did further testing to discover that genetic changes in the mothers made the pups more susceptible to eating disorders.

Wait, it gets better. When the researchers gave the at-risk pups a diet rich in nutrients such as B12 and B6, they were able to mitigate the effects of the prenatal stress, and the adolescent mice did not eat compulsively.

“We succeeded in preventing the disorder from emerging, simply by providing a balanced diet,” Chen told Field.

Now there’s a serious question here about whether what happens in mice has any replicable bearing on what happens in humans. Chen argues that humans have a similar mechanism for transmitting information about the environment to the developing fetus. “All the biological genes and pathways described are shared by mice and humans,” he told Field.

That said, cultural and social norms are a much better determinant of human behavior than of the behavior of mice. So while this behavior in humans may have genetic components to it, it’s unlikely to operate as clearly as it does in those little four-legged creatures.

People who suffer from binge eating disorder struggle with emotions of disgust and guilt, often expressions of deeper depression and anxiety. Simply suggesting that they eat more vitamin B12 may not address the underlying causes of their disease.

But as researchers like Chen unlock the secrets of neuroscience, we may come to a better understanding of the way trauma is transmitted — and mitigated — from one generation to another.

“If the intergenerational transmission of trauma can help scientists understand the mechanics of risk and resilience,” Shulevitz wrote, “they may be able to offer hope not just for individuals but also for entire communities as they struggle to cast off the shadow of the past.”

Rachel Field contributed to this story.