Last week, following a one-night-only Manhattan performance of Israeli filmmaker Amos Gitai’s “Yitzhak Rabin: Chronicle of an Assassination,” I asked a friend what she’d thought of the performance.

She wondered, hesitantly, if there needed to be quite so many gunshots.

I knew to expect them. The multi-media performance wasn’t Gitai’s first take on the 1995 assassination of the Israeli Prime Minister, who was then attempting to secure his country’s participation in the Oslo Accords. I’d seen Gitai’s 2015 film “Rabin: The Last Day,” which also, as if in a fascinated trance, repeatedly cycled back to footage of the moment Yigal Amir fired three shots at Rabin. I’d also wondered if it was, really, necessary.

Watching the sequence for the first time was a shock. The second time it unfolded in a horror of anticipation. But each subsequent time, its use as a narrative tool became more and more puzzling. We all knew Rabin died. We knew how, and, ostensibly, why. Why, while exploring the events that led to his assassination, desensitize us to the actual moment of its execution? 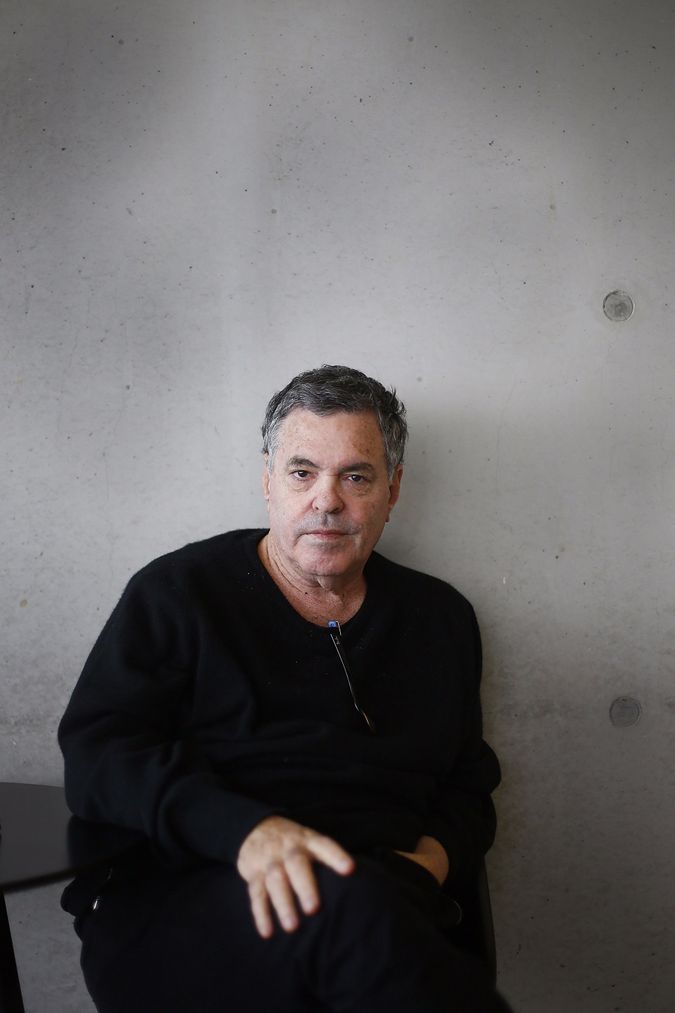 Gitai’s obsession with Rabin’s assassination reflects the sentiment, popular on the Israeli left, that the Prime Minister’s death marked both the end of any hope of peace and the disastrous empowerment of the Israeli political right. While both consequences are dire to those of a political persuasion that matches Gitai’s, after two decades they’ve dissolved into accepted elements of Israel’s political landscape.

We become inured to horrific violence once we’re conditioned to see it in terms of inevitability. By forcing his audience to confront that fact, maybe Gitai is perversely attempting to persuade his audience to shake off complacency.

The overtones of desperation in that attempt are indicative of a peculiar challenge facing left-leaning Israeli artists who show their art abroad. On the one hand, there’s a compulsion to criticize Israel’s government; in “Yitzhak Rabin: Chronicle of an Assassination,” Gitai focused attention on current Prime Minister Benjamin Netanyahu’s engagement with the extremists, including Amir, who were vehemently opposed to the Oslo Accords.

On the other hand, there’s a need to humanize Israel, which, for its many problems, is home. Gitai centered his exploration of the story of Rabin’s assassination and its consequences on the diaries of Rabin’s widow, Leah Rabin, as read by two actresses. Her account of the overwhelming support for peace that she and her husband encountered the day of his assassination, which followed a well-attended Tel Aviv peace rally, is a moving testimony to a side of Israel with which it’s difficult not to sympathize.

The grating repetition of the shots supports both points. It asks audiences to see, and decry, the poisonous political environment that enabled, and to a certain degree rewarded, Amir’s act. It asks them, as well, to understand the ways in which Israel has become hardened to the violence that partially defines it. It’s simultaneously an expression of outrage and grief, and a plea for empathy.

That’s a potent combination. Unfortunately, it’s also one that Gitai hasn’t yet managed to get right.

“Yitzhak Rabin: Chronicle of an Assassination,” like “Rabin: The Last Day,” was plodding and obscure, an attempt to communicate a message that got lost in its own urgency. To create it, Gitai interspersed passages from Leah Rabin’s diaries with classical music performed by a pianist and musician onstage, the wailed songs and prayers of a soprano, also onstage, and snippets from Shakespeare’s “Julius Caesar.” Each, independently, was lovely – except, perhaps, the Shakespeare, which was too obvious and hyperbolic a choice to be meaningful – but as a combination, were clumsy.

In a famous passage from “Julius Caesar” not quoted in “Yitzhak Rabin: Chronicle of an Assassination,” Marc Antony delivers an elegy for Caesar that implicitly doubles as a rousing invective against the forces that felled him. “Brutus is an honorable man,” he repeats, seeming to praise – and then obviously condemn – one of Caesar’s murderers, all the while under the guise of deferring to Brutus’s judgment.

Shakespeare was able to tune the emotional complexity of that monologue so finely, perhaps, because it wasn’t personal: Caesar’s death, centuries before his own time, was a historical fact with rich literary potential. Rabin’s killing, for Gitai as for many Israelis, was, and continues to be, personal. That’s a good thing, the sort of active memory that can, occasionally, help spur change. But it’s a different challenge to instill overseas audiences with an intimate, invigorating experience of that tragedy. Gitai, for now, will have to keep striving.