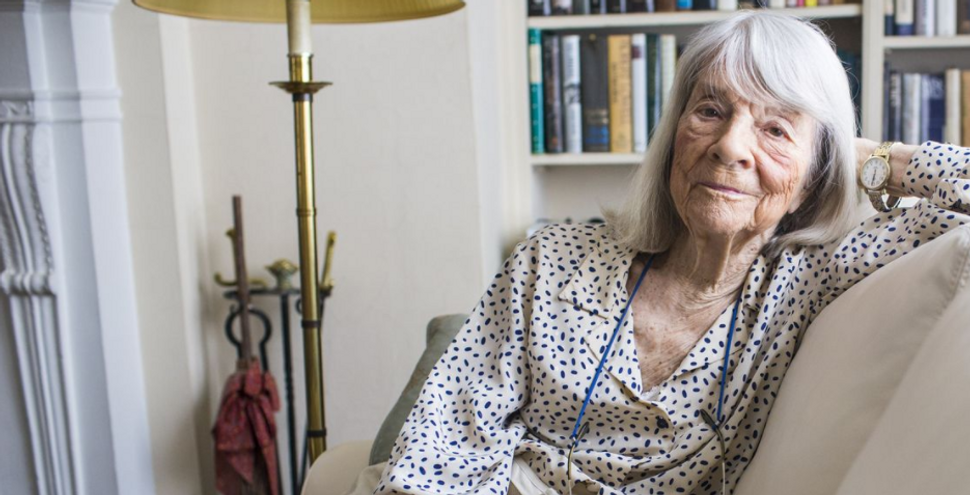 Judith Jones, the renowned cookbook editor who, early in her career, led the charge for “The Diary of Anne Frank” to be published in English, died yesterday at age 93.

Jones, born as Judith Bailey, came upon Frank’s manuscript in a pile of rejected submissions while working as an office assistant at Doubleday in Paris in 1950. Then 27 years old, Jones pulled Frank’s book out of the pile, intrigued by the photograph of Frank on its cover. As The Washington Post reported, recalling her first look at the book, Jones said “I read it all day. When my boss returned, I told him, ‘We have to publish this book.’ He said, ‘What? That book by that kid?’ ”

The public payoff of her instinct is well-known: After “The Diary of Anne Frank” was published in English — by the time Jones came across it, it had been published in Dutch and was scheduled for publication in French — it became a worldwide sensation. For Jones, her role in bringing Frank’s words to the English-speaking public eventually led to her hiring by Blanche Knopf, co-founder of Knopf, in 1957.

Jones started as a junior editor. Her discovery of Julia Child, the other remarkable find that would mark her early career, was almost accidental. Jones had no intention of being a cookbook editor, but when Child’s magnum opus, which Jones would go on to title “Mastering the Art of French Cooking,” appeared on her desk, she was smitten.

She would go on to bring cookbook authors like Joan Nathan, with whom she traveled to Israel while Nathan was writing “The Foods of Israel Today,” Marcella Hazan, Claudia Roden, and Madhur Jaffrey into the spotlight. She also edited John Updike and Anne Tyler, and authored several books of her own, including three with her husband, Evan Jones.

Jones’s step-daughter Bronwyn Dunne told The Washington Post that Jones died from complications of Alzheimer’s disease. In addition to Dunne, Jones is survived by her stepchildren Pamela Richards, Audrey Bierman, and John Christopher Vandercook, as well as five grandchildren and seven great-grandchildren.