Why There’s More To Israeli Literature Than Just Hebrew 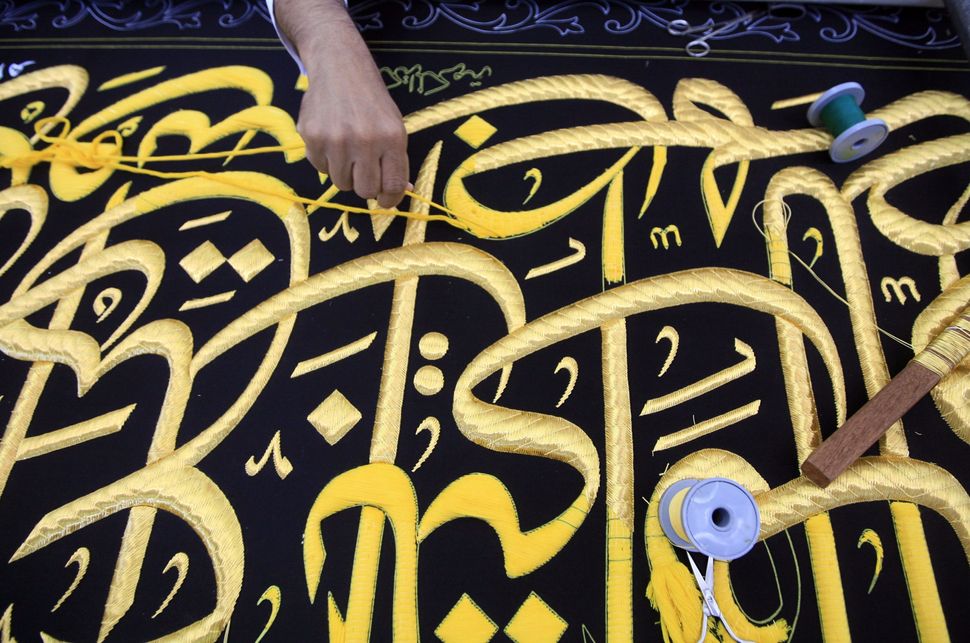 An unusual session at the World Congress of Jewish Studies in Jerusalem chaired by prominent literary critic Dan Laor celebrated the contributions to Israeli literature of writers writing in languages other than Hebrew. For anyone familiar with Israeli literary history, the subject itself is a big deal — because for decades, non-Hebrew writing was discouraged in the drive to build a new, modern and monolingual national literature in Israel.

But that attitude is changing, Laor said.

“The fastest decision I have been a part of as a judge for the Israel Prize in Literature was when we decided to award it to Ida Fink,” Laor told the conference session, which was held in Hebrew. “It took about fifteen minutes for us to unanimously award it to Fink, who wrote in Polish.”

Fink was suffering from dementia by the time she received the award, Laor noted, and it is quite possible that she did not process the significance of the prize. But the Israeli public did.

This session, celebrating writers writing in Yiddish, Arabic, English, and Russian, is an example of the new attitude, Laor said. He said he hoped the attendees, mostly professors and critics, would bring this positive attitude back to their home institutions.

Yiddish writers were among those who famously suffered because of the Hebrew-or-nothing attitude. Gali Drucker Bar-Am, a postdoctoral fellow at the Hebrew University, discussed the fate of Yiddish writers, both major and minor, in the early days of Israel, from statehood to the Six-Day War. She noted that in the 1960s, half a million Holocaust survivors lived in Israel, or an astonishing one of every four residents. There were Yiddish writers actively writing and publishing, and the great Yiddish poet Avraham Sutzkever edited a literary magazine. But Yiddish writers were far from a major part of the cultural conversation, and they were often left out at key junctures.

“The Eichmann trial was an interesting moment for Yiddish literature in Israel,” she said. “They didn’t broadcast it in Yiddish, and the survivors said, for whom is this intended? Not for us, because we don’t understand Hebrew.”

“Sutzkever saw himself as a national poet, next to Natan Alterman,” who wrote in Hebrew, Bar-Am said.

Israeli writers who write in Arabic were also discussed. One of the most intriguing parts of the session was a discussion by Professor Amer Dahamshe of “Ikhtiyyah,” a 1985 novel by Emile Habibi, who wrote in Arabic and won the Israel Prize in literature; the novel was translated into Hebrew by Anton Shammas three years later. In the novel, Dahamshe explained, Habibi remembers Haifa street names, as they were before the War of Independence, or what Dahamshe called “Al-Nakba,” the catastrophe, which is how 1948 war is referred to among Palestinians.

“For example, Al-Jabbal Street became Zionism Street, and King Faisal Square became Golani Brigade Street,” said Dahamshe, a lecturer in the Hebrew department at the Arab Academic college of Israel-Haifa, and a researcher at The Harry S. Truman Research Institute for the Advancement of Peace in the Hebrew University of Jerusalem.

The novel and the translation had entirely different intended audiences. “Habibi wrote for an Arab reader. Shammas wrote for a Hebrew reader, and so he looked at the Hebrew-reading public,” Dahamshe explained. “Habibi wanted to share the Arab names of streets in Haifa with the Arab public. It is an elegy of sorts on the loss of Arab Haifa.”

“It is possible to destroy names and streets but not literature, which is eternal,” Dahamshe said.

Another highlight was a passionate talk about American poet and translator Robert Friend, who lived most of his adult life in Jerusalem, given by Professor Yaakov Ariel, of the University of North Carolina-Chapel Hill. Friend translated the great poet Rachel into English, among other major contributions. But he was always a somewhat uneasy figure in Jerusalem, Ariel explained, as both a gay man and an American in a time when Americans in Israel were rare.

Today, there are over 300,000 Americans in Israel, but in Friend’s day, there were just 4,000, and many were academics, writers, and artists who had fled McCarthyism; most returned when that quieted down. But not Friend, who stayed.

“In Israel, Friend’s poetry opened up,” Ariel said. He also made dear lifelong friends, including several literary legends. The prominent Israeli poet and writer Lea Goldberg insisted on teaching Friend Hebrew, but he remained most comfortable in English. He was, Ariel noted, not an oleh, but an expatriate.

Whereas Americans have influenced Israel, the largest recent immigrant group is composed of those from the former Soviet Union — more than one million residents who transformed Israel. Some of these immigrants write and publish in Russian. In addition to mainstream writers, there are experimental Russian-language writers in Israel, said Professor Roman Katsman of Bar Ilan University, in a discussion of the Russian-Israeli novel in the 1990-2000s. He cited “The Ladder to the Closet” by Michael Yudeson as an example, describing it as a “hybrid novel of languages, places, and cultures.”

That might also describe the future of Israeli literature. Laor closed by saying that the vitality of American literature is due in part to the large number of cultures, languages, and perspectives that feed into it. He thinks the same vitality — and the same reason for it — lies ahead for Israeli literature.

The World Jewish Congress is held every four years and brings together Jewish Studies scholars from around the world; this year is the Congress’s 70th anniversary, and the mood was festive, with over 2000 attendees. Sessions ranged from Jewish law to musicology. Moshe Idel, the president of the World Jewish Studies Association, and a professor at the Hebrew University, which hosted the conference, noted in his welcoming remarks that it is difficult to think of another field in the humanities that is experiencing as much growth as Jewish Studies in terms of new centers, programs, and opportunities for post-doctoral students.

Why There’s More To Israeli Literature Than Just Hebrew