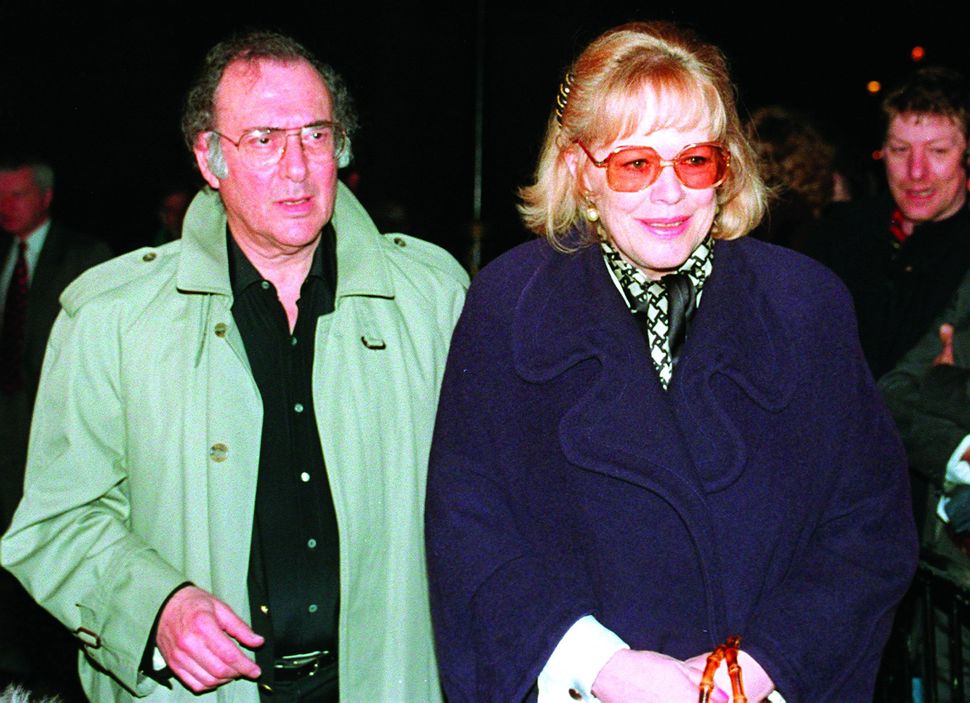 Even on vacation, writers may not be able to set aside their vocation. And so we have this spikily charming diary by the British biographer and memoirist Antonia Fraser, a chronicle of a 15-day trip to Israel with the playwright Harold Pinter.

Readers of “Must You Go?” Fraser’s lovely memoir of their relationship, may recall that a dinner-party encounter between the two writers — both already married — led to a passionate affair, a tabloid scandal, two divorces and eventually a marriage of true minds. They married in 1980 and stayed happily together until Pinter’s death at 78, in 2008, from cancer.

In May 1978, at the time of their first-ever Israel trip, the two were not yet married. “We’re lovers!” is how Pinter gleefully describes their relationship to Israeli airport security. (I remember a similar grilling at the Tel Aviv airport, in the company of an ex-boyfriend, and our rather less exuberant response.)

“Our Israeli Diary, 1978” will be most resonant for past travelers to Israel, or anyone with a particular interest in Fraser or Pinter. During their stay as invited guests in a “delightful and large” Jerusalem apartment, the two hit many typical tourist spots. They visit the labyrinthine streets of the Old City (where she bargains over Bedouin kaftans) and frequents the King David Hotel (he drinks, she swims). They take road trips to Bethlehem, Jericho, Tel Aviv, Masada, the Dead Sea, Tiberias and Safed, always returning by night (or early the next morning).

Fraser is an acute observer, both appreciative and acerbic. Here are her first impressions of the Old City: “Shops on left and right and soon we are under arches and thus shaded in an endless commercial catacomb, kaftans, eastern blouses, gold souvenirs of Islamic nature, even sheepskin waistcoats, with eager shopkeepers all cast out of the ‘Arabian Nights’ (operatic version), also masses of vegetables, piles of peppers, red and green, tomatoes, bananas…. A nightmare of slight claustrophobia and hygiene.”

Fraser, who is Catholic, is drawn to Christian sites, including the Church of the Holy Sepulchre and the Via Dolorosa. Pinter, who is Jewish, begins to feel more so. (Fraser dedicates the book to Pinter’s late parents, whom she says “loved Israel.”)

The couple are literary sophisticates but, in some ways, naive travelers. “The depth of our basic ignorance about obvious facts hits us again and again,” Fraser writes. “We were rather like moon-explorers in both history and politics, especially as H. [Fraser’s abbreviation for Harold] won’t have a guide (I think rightly — he would be maddened and so learn nothing) and relies on me to dig up knowledge from my thin memory.”

At Masada, where the Zealots — first-century C.E. Jewish defenders against the Romans — succumbed to martyrdom, Pinter, who has a fear of heights, experiences vertigo. Glimpsing the anvil-like rock fortress from below, Fraser is reminded of Machu Picchu, “last redoubt of the Incas.” Later she contemplates the character of Masada’s two female survivors. On another day, she floats gingerly in the Dead Sea, which, “blue and inviting from a distance beneath its hills is, close to, a mess of mud and salt pans.”

The pair eagerly swap books on Israel, talk politics with various friends and hosts (“Israel must be a moral state… something no other state is expected to be!” she reflects), contemplate the miracles of the Bible and complain about the heat.

They attend concerts featuring “the divine Rostropovich,” the noted cellist. They twice cross paths with Jacqueline Kennedy, whom Fraser finds “sweet as ever.” And they enjoy a private meeting with opposition leader Shimon Peres, who will become prime minister and later president of Israel, in his modest book-lined suburban Tel Aviv apartment. Fraser finds him “highly cultured and really well-read,” as well as “sensitive and attractive in manner.”

On a trip to the Galilee, Pinter makes an impromptu stop at a kibbutz to visit a cousin, Moshe Ben Haim, whom he hasn’t seen in 30 years. Both are pleased with the reunion, Fraser reports, and she is happy to have spied what she thinks are two volumes of Pinter plays on the cousin’s bookshelf.

“I definitely am Jewish. I know that now,” Pinter tells Fraser at one point, though he worries about the country’s complicated politics. She admires the achievement of Israel but, as a Christian, feels she could never truly belong. In the end, the trip is a success.

Fraser concludes on a wry grace note, a moment in which celebrity shades into anonymity. When Pinter buys her huge agate earrings in an airport gift shop, he gives his name for the bill. “Just like the writer,” the saleswoman says, interested but unsuspecting.

Julia M. Klein, the Forward’s contributing book critic, was a finalist this year for the National Book Critics Circle’s Nona Balakian Citation for Excellence in Reviewing.