From The Archives: Riot In New York At German Ship Bremen; Swastika Torn Down And Thrown Into Hudson River 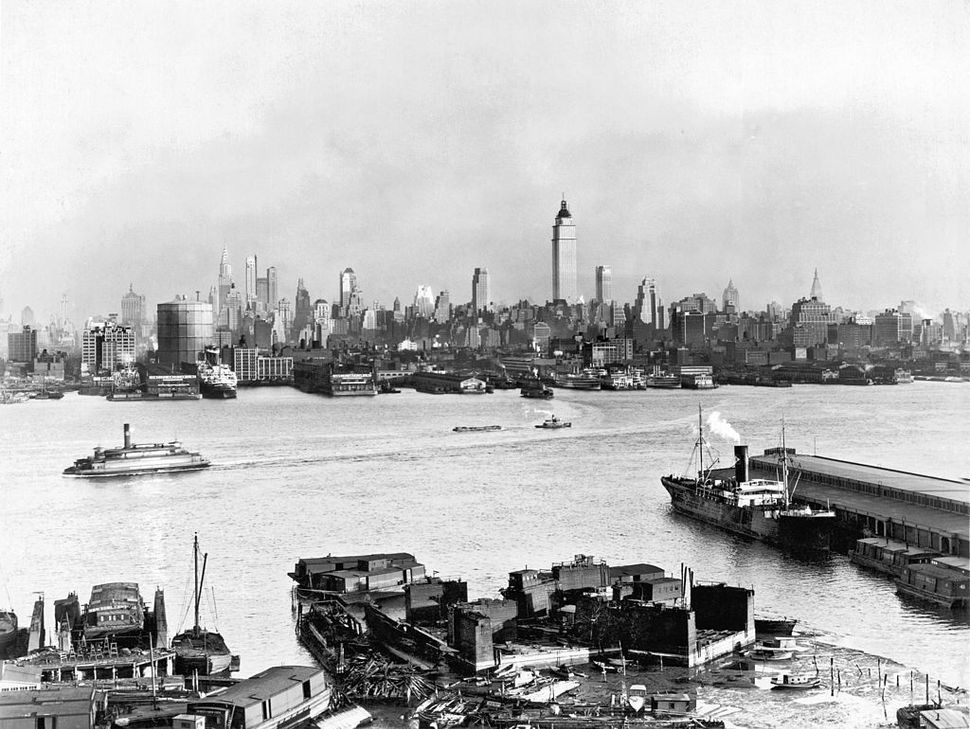 The following article was published on the front page above the fold on July 28, 1935 — two days after the Bremen incident.

Riot In New York At German Ship Bremen; Swastika Torn Down And Thrown Into Hudson River

Around 2,000 anti-Nazis, communists, Catholics and sailors participated in yesterday’s dreadful riot that took place at the departing German ship Bremen.

The signal was given for the larger protest against the bloody Hitler regime to start when three heroic American sailors tore down the hated Nazi flag. Hanging off the end of the sizable ship, it was lit up by beams and seen by thousands of demonstrators.

Just as the three heroic anti-Nazis tore up the hated Nazi emblem off the flagpole, the surrounding streets resounded with incredible shouts of “hurrah” on the part of the thousands of demonstrators gathered there, many of whom were aboard the ship itself.

The irony of the situation was that precisely in the heart of the demonstration, meaning exactly where the Nazi flag was torn down, a Jewish detective could be found. Matthew Solomon was occupying the precise spot beneath the flag. 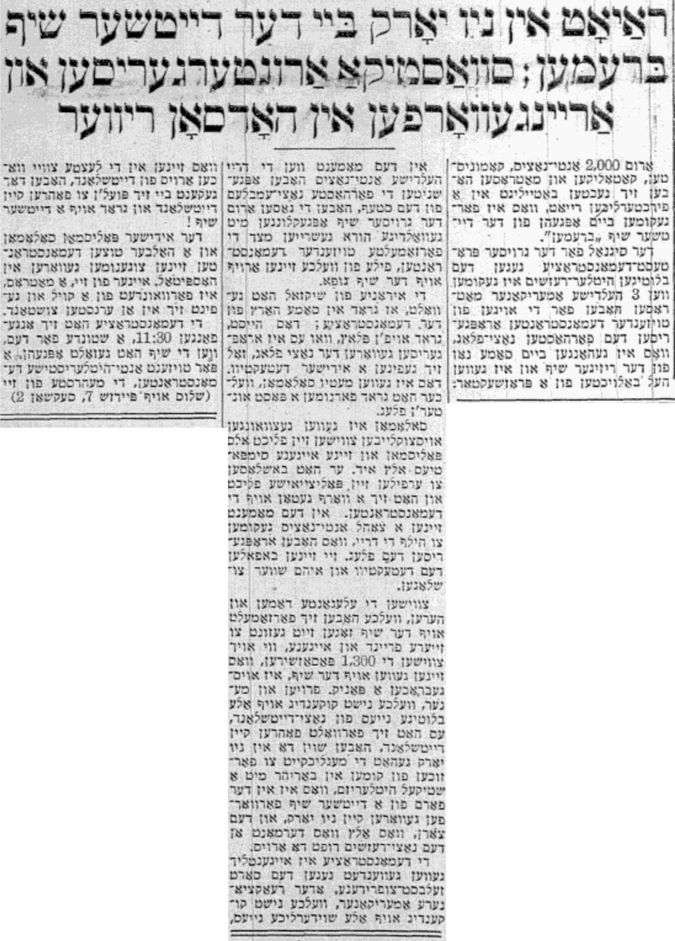 The Forward, July 28, 1935 — “Riot In New York At German Ship Bremen; Swastika Torn Down And Thrown Into Hudson River.” Image by Historical Jewish Press (JPress) of the NLI & TAU

Solomon was forced to choose between his duty as a policeman and his own sympathies as a Jew. He decided to fulfill his police duties and observed the demonstrators. Momentarily, many anti-Nazi protesters arrived to support the three ripping down the flag. They attacked the detective and beat him severely.

A panic suddenly broke out amid the 1,300 passengers, who included elegant ladies and gentlemen and others gathered on the ship, bidding farewell to their friends. Women and men who hadn’t paid much heed to news coming out of Germany about the blood-drenched Nazi life still wanted to travel there. They now had the opportunity to come into contact with a bit of Hitlerism in the shape of a German ship cast off in New York and the rage that anything engendering the Nazi regime caused here.

The demonstration eventually focused against those sort of self-satisfied or reactionary Americans, who despite all the wretched news the last two weeks coming out of Germany could still decided to travel there, and on a German ship yet!

Solomon and a half-dozen demonstrators were taken to the hospital. One of them, a sailor, was wounded by a bullet and is in critical condition. The demonstration began at 11:30 a.m., one hour prior to the ship’s scheduled departure. A few thousand anti-Hitler demonstrators, the majority of whom marched between 46th and 47th streets passing the Bremen ship, carried large placards with strong anti-Hitler slogans. Mostly they were demanding that American citizens not travel to Germany on a Nazi ship.

The Forverts July 28, 1935 — “Riot In New York At German Ship Bremen; Swastika Torn Down And Thrown Into Hudson River” Image by Historical Jewish Press (JPress) of the NLI & TAU

The demonstration was well organized. Just as the bold demonstrators tore down the Nazi flag, a loud “hurrah” could be heard coming from the tourist deck and was taken up by the thousands down on the avenue. The battle with the police began nearly at that same moment.

Nazi sailors from the Bremen lowered a small craft to rescue the torn Nazi flag, but it wasn’t possible.

The Bremen’s departure was delayed by 40 minutes.

The demonstration continued long after the ship departed.

Fifteen demonstrators, a majority of them communists, were held under arrest yesterday. Two of them were taken to Bellevue Hospital.

The wounded at the hospital were Edward Darlet and Arthur Blair, both sailors. Among the arrested was Robert Rice, 17, the son of acclaimed Jewish playwright Elmer Rice.

Read Part II of the Saga:

From The Archives: Riot In New York At German Ship Bremen; Swastika Torn Down And Thrown Into Hudson River