From The Archives: How Mayor La Guardia Laughed Off The Nazis 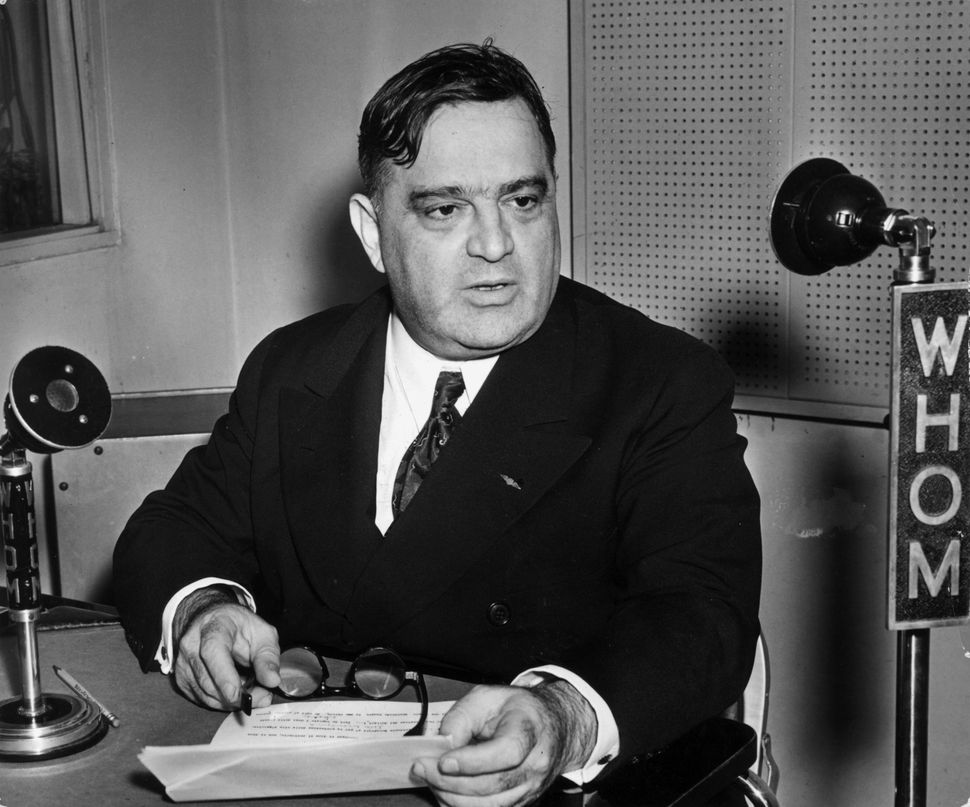 Circa 1935: New York City mayor Fiorello Henry La Guardia (1882 – 1947) sits in the studios of WHOM radio, delivering an address, in Italian, to the people of New York. Image by Hulton Archive / Stringer

The following article was published on the front page above the fold on July 31, 1935 — five days after the Bremen incident.

On July 30, the State Department received an official protest of the Nazi government in Berlin against the fact that the swastika, the Hitler flag, was torn down several days ago off the Bremen ship in New York’s harbor. When a riot broke out aboard, Berlin demanded that those who participated in the rioting be arrested and punished. 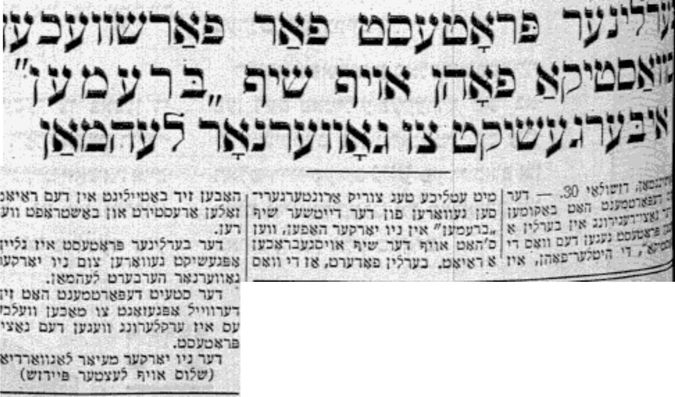 From the Forward, July 31, 1935: Berliner Protest Image by Historical Jewish Press (JPress) of the NLI & TAU

The State Department, meanwhile, refused to issue any statement on the Nazi protest. 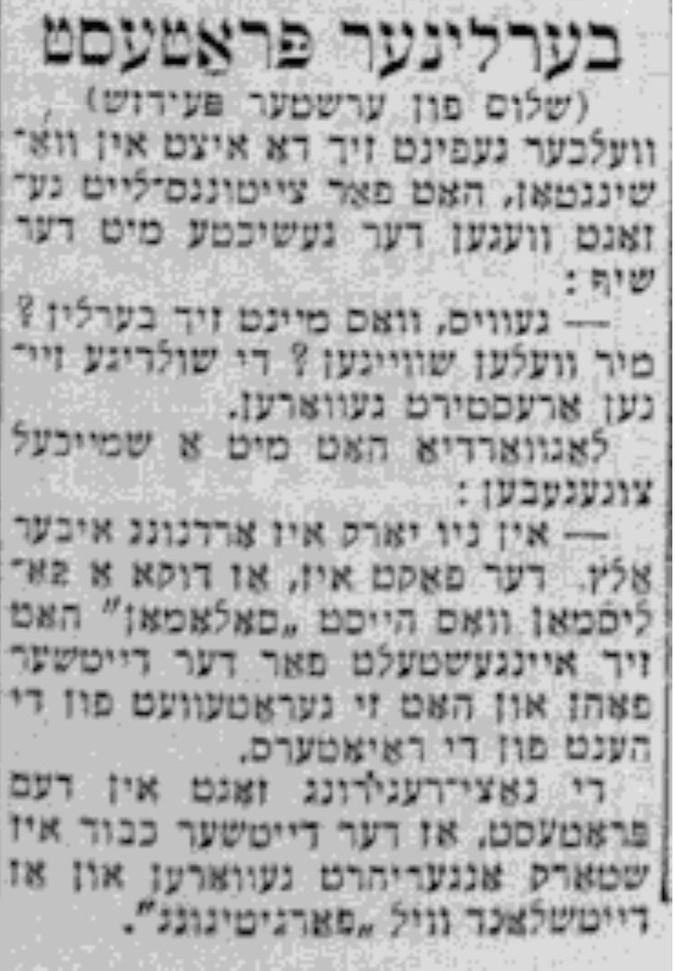 From the Forward, July 31, 1935: Berliner Protest Image by Historical Jewish Press (JPress) of the NLI & TAU

New York City’s mayor, Fiorello La Guardia, who is currently in Washington, told journalists the following regarding the ship incident:

“Truly, what does Berlin intend? That we’ll be silenced? The guilty have already been arrested.”

“In New York there is order throughout, and the fact is, a policeman named ‘Solomon’ stood in front of the German flag and saved it from the rioters.”

With this protest the Nazi government says that German honor is strongly insulted and Germany demands “compensation.”

Read Part III of the Saga:

From The Archives: How Mayor La Guardia Laughed Off The Nazis