Did These Jewish Directors Make The Best Comedies Of All Time? 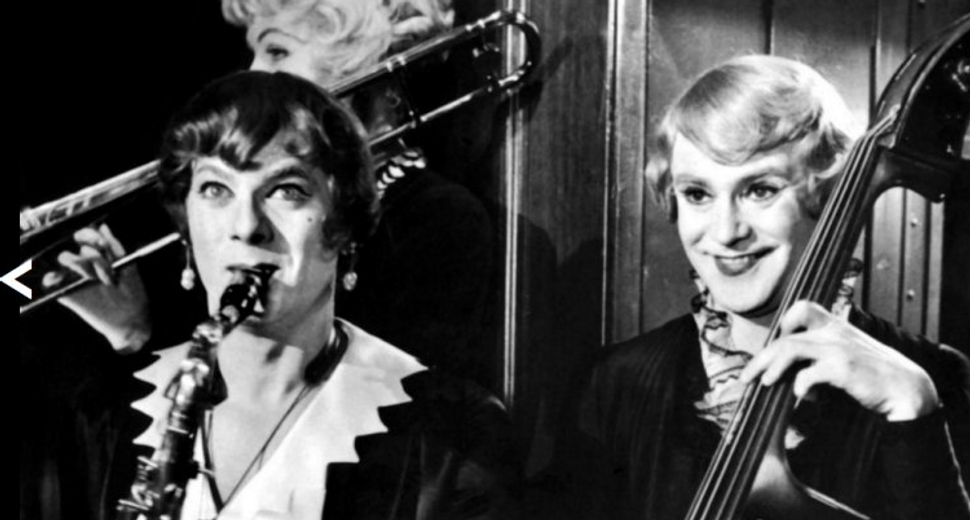 The movies most often counted among cinema’s greatest are disproportionally very depressing, but man does not live on melodrama and ennui alone. Because life itself is sad enough, the BBC polled 253 international film critics on their ten favorite comedies, the of which were released yesterday.

Unsurprisingly, Hollywood’s Jewish-American filmmakers made quite the impression.

The top fours films, “Some Like It Hot,” “Dr. Strangelove or: How I Learned to Stop Worrying and Love the Bomb,” “Annie Hall,” and “Groundhog Day” were all directed by Jews. The fifth, “Duck Soup,” was directed by the Irish-Catholic Leo McCarey as a vehicle for the Marx Brothers.

Other classics of Jewish humor were celebrated all the way through the top 100, from “The Big Lebowski” (number 11) and “Blazing Saddles” (number 20), to Jerry Lewis’s “The Ladies Man” (number 100).

Comedy is, of course, extremely subjective, so it’s inevitable that many would find the results somewhat chafing. Some might long for more silent films, while others may take umbrage with poll’s assertion that Charlie Chaplin’s “The Great Dictator” (number 16) is funnier than “Anchorman” (number 33).

The inevitable effect of these kind of polls is that hundred of critics are invited to collaborate on a product with which none of them will fully agree. As such, it’s a better means by which to understand critical consensus and bias than definitive indicator of comedic greatness.

The list, for instance, tilts heavily toward Anglo-American cinema, omitting such legendary directors as China’s Stephen Chow, Finland’s Aki Kaurismäki, and Russia’s Boris Barnet. Even critical favorite Jean Renoir is totally absent – “The Rules of the Game” is a comedy, right?

Given the list’s relative homogeny, it may be more fruitful and more interesting to check out individual critic’s ballots. To do so is to watch the monochrome of critical consensus explode into the variegated Technicolor of individual taste. The results, including entries from critics around the world, are a window into a diversity of tastes, and an invitation to explore the comic stylings of filmmakers like Juzo Itami, Georgiy Daneliya, and Dino Risi.

Above all, the individual ballots offer a surplus of what the main list most sorely lacks, something integral to comedy itself: The element of surprise. Come to check out the canon, stay for the revelation that the New Yorker’s Richard Brody nurses a passion for the 2007 Eddie Murphy fatsuit farce “Norbit.”

Did These Jewish Directors Make The Best Comedies Of All Time?