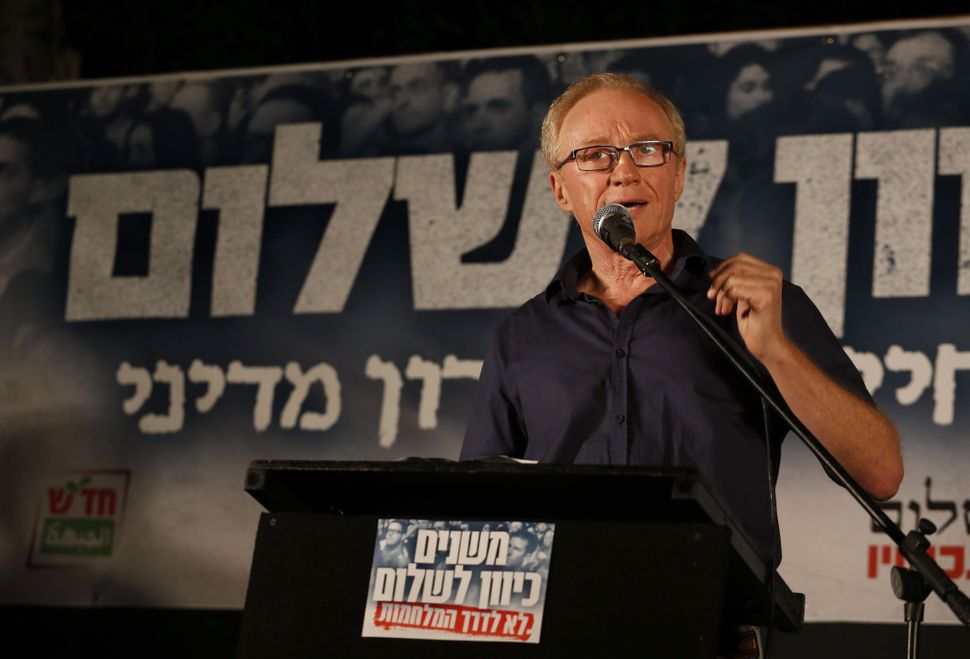 Between winning the Man Booker International Prize and having a stage adaptation of one of his novels spark a high-profile controversy upon its United States premiere, Israeli novelist David Grossman has had quite the year.

Now he’s topping it off by becoming a rock n’ roll hero.

As a commemoration of the 50th anniversary of the Six-Day War, Grossman collaborated with a group of prominent Israeli musicians and artists to produce a song and music video about the ensuing toxic, violent political situation, or hamatzav, that has, over five decades, made little progress towards resolution.

“Hearts have hardened in the face of endless commentaries and demonstrations. We have grown deaf. A new language has come into being, a language of conflict, that says nothing to anyone,” the artists wrote in a statement accompanying the song, translated into English by Ilana Nesher.

Michael Rovner created the art for the music video.

The song, the music video for which was released on August 20, takes place in three parts, titled, in English, “To Want,” “New Heavens,” and “In the Light.” Translated by Grossman’s longtime English translator Jessica Cohen, with whom he shared the Man Booker International Prize, the song begins in grief and darkness.

But by the end of the song, which is nearly 12 minutes long, the tone shifts: “I want to raise children / in the light, / so that their shadow falls / on no one, / so that they never know the darkness / of occupation / and of terror,” the last verse begins.

“The more we created, the more we felt a shift within ourselves — we do not have to be addicted to despair, we can be devoted to hope,” the artists wrote in the song’s accompanying statement.

In 2004, his lyrics for the song “Shirat Ha’Sticker,” or “The Sticker Song,” gained international attention for weaving phrases found on Israeli bumper stickers together to form an image of the country’s challenging politics. In The New York Times, Samuel Freedman — a Forward contributor — wrote that the song “speak[s] to the almost unbearable passion of political debate” in Israel.

The political commentary of “Yesh Matsav” is less quippy, and more deeply felt.