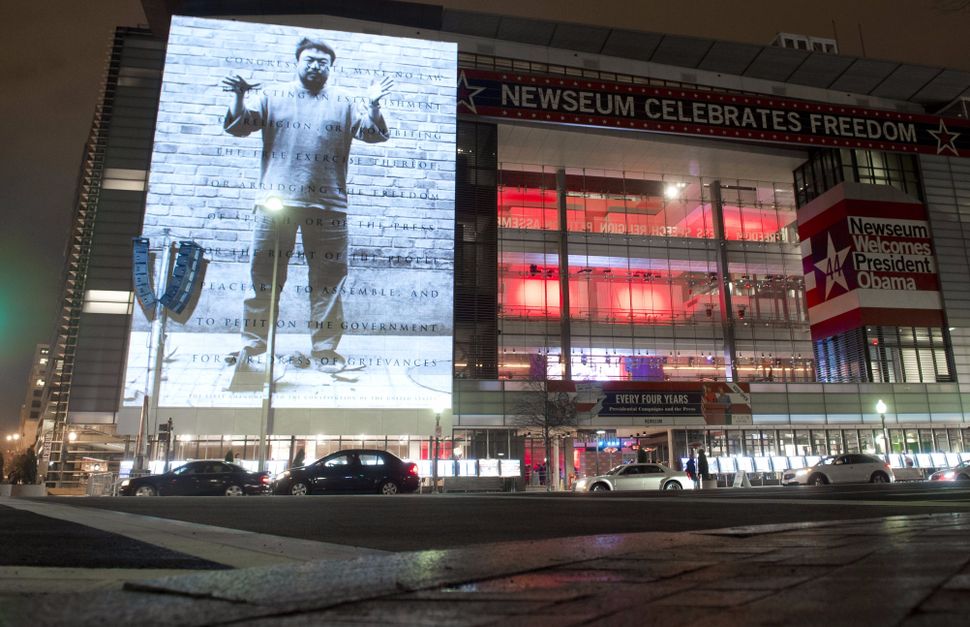 In recent years, many death knells have tolled for the news industry. The causes of death have ranged from the disruption of the internet to the rise of crowd-sourced journalism to the emergence of fake news to a certain angry president’s assertions that any news that disagrees with or criticizes him is fake.

And yet amidst the dirges, one corner has sung a more celebratory tune: Washington D.C.’s Newseum, which bills itself as a museum of the First Amendment with a focus on the craft and history of journalism.

Now, at a time when public appreciation of the press is rare, the Newseum faces financial difficulties that might foretell its demise. And the resignation of Newseum president Jeffrey Herbst this past Monday, announced in tandem with the fact that the Freedom Forum, which owns the institution, is considering selling all or part of the museum’s trademark Washington D.C. building, has instigated some debate on how well the museum serves the public face of the Fourth Estate.

The Freedom Forum, in a statement quoted by The New York Times, cited the Newseum’s unsustainable pull on its coffers as a primary reason for a full financial review of the institution, announced by the museum’s board. But Jan Neuharth, the foundation’s chairwoman and chief executive, named a second concern: “The annual cash drain prevents us from allocating any new capital to First Amendment programs that are at the heart of our educational mission.”

And over at Politico, senior media writer Jack Shafer delivered a less-than-sorrowful premature obituary for the museum. “Journalism is a living thing, like an ocean tide — its energies dissipate when sealed in Lucite for display,” he wrote. He devoted particular criticism, as well, to the $450 million price tag attached to the Pennsylvania Avenue building, which the Newseum opene in 2008. (The museum’s original iteration in Arlington, Virginia opened in 1997.)

As the Newseum has failed to attract its desired number of visitors, bringing in close to 800,000 last year instead of the millions who visited certain of the capitol’s other, free museums — a Newseum ticket costs $24.95 — the efficiency of the museum is, obviously, in question. More implicitly under consideration is the issue of how to effectively educate the public about journalism in a public environment often hostile to it.

That question is apparent in Neuharth’s interest in alternate routes for First Amendment education, which covers the rights to not just freedom of the press, but also to freedom of assembly, to petition the government, to practice religion, and to speak — all rights facing new threats, and all partially protected by a vigilant, accurate press. And it’s present in Shafer’s rejection of the Newseum’s premise and its cost, money which, a fellow journalist might longingly imagine, could have helped directly support the institution of the press, instead of portray it with a static glory.

The Newseum’s fate is yet to be determined, as is, in the long run, that of the modern press. But as widespread, thorough media education becomes an issue of pressing national interest — it would be unfortunate, to say the least, if the 2020 election produced a second Pizzagate — it’s heartening to see institutions of means reconsidering how they can best contribute to that venture.