Stephen King’s ‘It’ Shows Hollywood Still Has A Jewish Problem 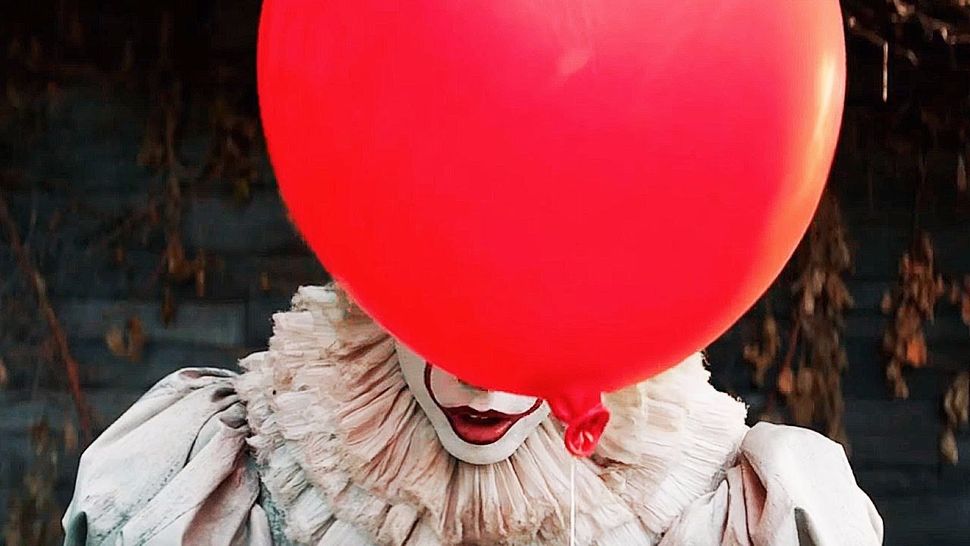 If you took your assumptions about U.S. demographic data from horror films, you’d think that Jews were a substantially smaller portion of the American population than serial killers, vampires, ghosts, demons and poltergeists. Horror films are fond of Catholic priests and Christian imagery, and they not infrequently include Jewish actors (like Jeff Goldblum in David Cronenberg’s 1986 remake of “The Fly”). But when the chainsaw comes down, the person wielding it is rarely identified as a Jew.

The new film “It” is an exception. The movie is based on the 1987 Stephen King novel, in which a group of seven children battle an ancient evil in the town of Derry, Maine, in the 1950s. One of the kids, Stanley Uris, is Jewish. And the way in which both the novel and the film make Stan’s Jewishness visible provides a brief, telling list of the ways in which mainstream pop culture thinks, and does not think, about Jewishness.

The treatment of Stan’s Jewishness is quite different in the novel than it is in the film. In King’s book, Jewishness comes into the plot mostly as a marginalized identity. The kids who fight the evil clown are brought together initially because they are all attacked by the local bullies. Ben Hanscom is attacked because he’s fat; Bill Denbrough stutters; Eddie Kaspbrack is asthmatic. Stanley’s Jewishness makes him an outsider, like the other Losers. Stan is introduced as a character as an adult, in a long monologue in which his wife has a flashback to being excluded from a country club. That exclusion, she says, left her and her date “feeling more Jewish than they had ever felt in their lives, feeling like pawnbrokers, feeling like cattle-car riders, feeling oily, long-nosed, sallow-skinned….” In King’s novel, anti-Semitism creates the feeling, and the narrative usefulness, of Judaism.

The film, in contrast, dispenses with any mention of anti-Semitism, just as it dispenses with any mention of racism directed at Mike Hanlon. This may be partly because the movie is set in the 1980s, when anti-Semitism was somewhat less virulent. Or, more likely, the filmmakers didn’t want to display overt prejudice onscreen. An evil clown dismembering children is one thing. Real-world hatred, though, is not what people want when they put down that money for a horror film.

Without anti-Semitism, the filmmakers have to figure out some way to make Stanley’s Jewishness narratively visible and relevant. So they make him more religious. In the book, Stan’s family is thoroughly secular, and Stan’s main hobby outside school is birding — he carries a bird book with him, which works like a magic anti-monster charm. In the movie, though, Stan (Wyatt Oleff) is the son of a rabbi, and he is preparing for his bar mitzvah. This is the only thing we see Stan doing on his own. All his narrative development is taken up by his religion, and so his non-Jewish hobby vanishes.

There is one other way in which Stanley is identified as Jewish in both the film and the book: He’s fastidious. His neatness and hatred of mess makes him the member of the Losers who is least able to cope mentally with the magical monstrosities that Pennywise the clown throws at them.

Stanley’s neurotic fussiness plays into stereotypes about effeminate Jewish men. In the novel, Stan becomes an accountant as an adult; again, a profession associated with finicky detail and, of course with money. King portrays anti-Semitism as morally wrong in the book, but at the same time he quietly uses anti-Semitic tropes to define Stanley — and those tropes are perpetuated in the movie version.

Mainstream Hollywood, then, makes Judaism visible in three main ways. First, it portrays Jews as persecuted, as in “Schindler’s List.” Second, it makes Jewishness visible through overt displays of religious ritual, as in “Independence Day,” in which the main Jewish character is, again, the son of a rabbi. Or, finally, Hollywood identifies characters as Jewish by using Jewish stereotypes, as in “The Big Bang Theory,” in which Howard is a effeminate, mother-dominated nerd.

Of course, Jews are sometimes persecuted; Jews are sometimes religious, and Jews are even, occasionally, accountants. But it would be nice if Hollywood could figure out ways to acknowledge that Jewish characters are Jewish without making everyone a rabbi’s son or a Holocaust victim. Christian people on screen are assumed to be the default, which means that Christian people like Bill Denbrough in “It” can be other things — a leader, a stutterer, a great writer. But Stan, in novel and film, needs to be Jewish first if he’s going to be Jewish at all. Jews can be either JEWISH, or else they’re like Gal Gadot as Wonder Woman, narratively invisible as Jews. As a result, Hollywood has a limited idea of what Jews look like, or who they can be.

Noah Berlatsky is a Chicago-based critic and journalist.

Stephen King’s ‘It’ Shows Hollywood Still Has A Jewish Problem