Rod Blagojevich Is Reading Viktor Frankl In Prison, Still Not A Martyr 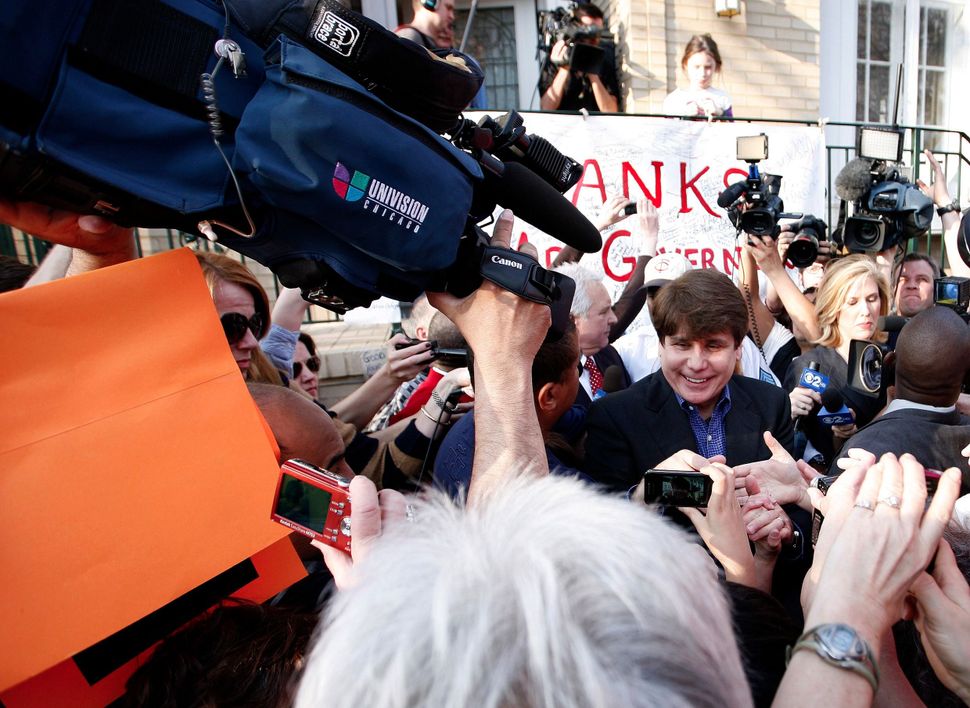 Lest you have forgotten, a reminder: Rod Blagojevich, former Illinois governor, was impeached and removed from office, and separately convicted on 18 federal corruption charges — 5 of which have since been vacated — for, among other wrongs, trying to sell the former Senate seat of Barack Obama after his election to the presidency.

Blagojevich was convicted on the basis of evidence that included recordings in which he declared, of the seat, “I’m just not giving it up for (expletive) nothing.” It was an ostentatious crime against the people of Illinois and the people of the United States, for whom, after all, a single Senate vote can make all the difference.

Those facts bear repeating, because to read David Bernstein’s recent Chicago Magazine profile of Blagojevich, who is serving a 14-year prison sentence in Colorado and continues to maintain his innocence, is to come away thinking he is little short of a martyr.

How so? Sample the section in which Bernstein chronicles Blagojevich’s reading habits:

He has also found solace in the Holocaust survivor Viktor Frankl’s seminal “Man’s Search for Meaning,” in which the author finds purpose in suffering. “I’ve read that book three times,” he says. “Inspired by it, I began to develop ideas about what I could do in the difficult circumstances I found myself in that could help me direct my energies and efforts to use the time I had to pass in prison working toward a worthy goal. Something more than just marking time and getting through the years ahead. Viktor Frankl explained it by writing if you had a ‘why’ to live, you can find the ‘how.’ ”

Frankl a psychiatrist, was a Holocaust survivor who wrote “Man’s Search for Meaning” in the wake of his experiences in a series of Nazi concentration camps. His father, mother, brother and pregnant wife died in those camps. Blagojevich’s struggle to find meaning in these “difficult circumstances” that just seemed to happen to him, guys — as a reminder, he tried to sell a seat in the highest legislative body in the country — seems just slightly less sympathetic.

Blagojevich is also reading about Nelson Mandela, to whom, he insisted to Bernstein, he would never compare himself.

Rod Blagojevich Is Reading Viktor Frankl In Prison, Still Not A Martyr