When Daniel Mendelsohn’s 81-year-old father asked if he might audit his son’s Bard College seminar on Homer’s “Odyssey,” the classicist feared that embarrassment might ensue.

He wasn’t wrong. But his discomfort wasn’t the half of it. The senior Mendelsohn, violating his promise not to talk in class, sparked lively discussions by questioning Odysseus’s heroism. After all, hadn’t this supposed leader lost all his men on the long journey home? Hadn’t he frequently cried, lied and cheated on his faithful wife, Penelope? And didn’t he depend on the assistance of the gods to escape his ordeals and return, finally, to Ithaca?

But while his father’s interjections sometimes chagrined Mendelsohn, the Bard students came to admire the octogenarian’s intellectual curiosity and vigor. The experience inspired Mendelsohn to take his father, Jay, on one last trip, a 10-day “Retracing the ‘Odyssey’” cruise that explored locales from the epic poem. On the cruise, a softer side of Mendelsohn’s normally stern, emotionally controlled father emerged, and a lifelong chasm between the two narrowed. 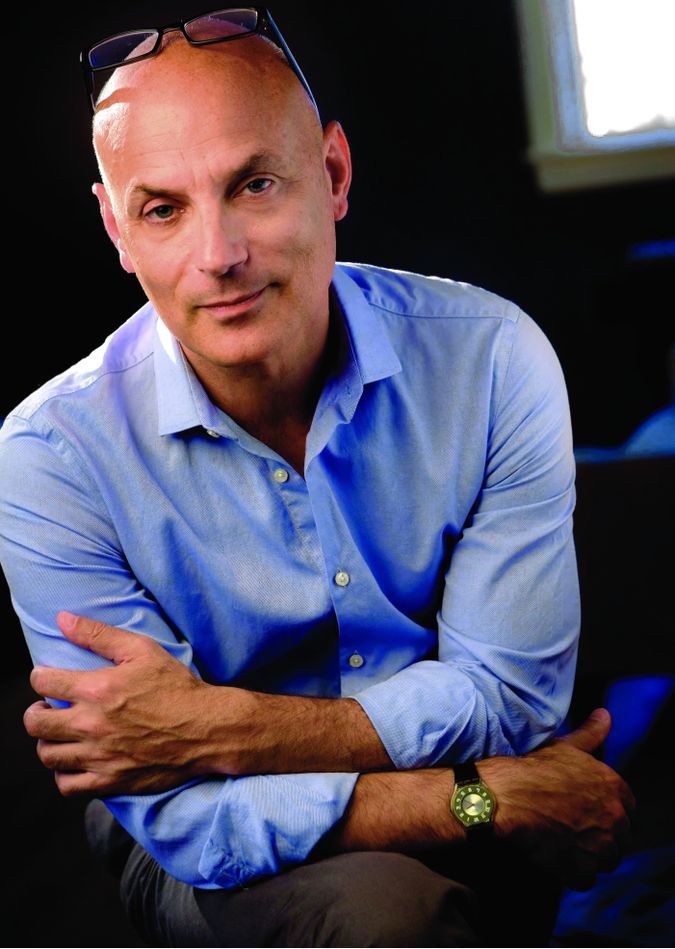 None of this is terribly surprising. Family memoirs are often chronicles of estrangement and rapprochement. They typically seek to wring redemptive meaning from the posthumous haze of grief and regret.

In this quest, Mendelsohn, author of the classic Holocaust memoir, “The Lost: A Search for Six of Six Million,” bows to the demands of the genre. But with his customary blend of linguistic elegance and narrative panache, he also transcends them, daring readers to engage with the complexities of the epic poem and apply its lessons to their own lives.

A serious scholar who supplies his own Latin and Greek translations, Mendelsohn skillfully interweaves a critical dissection of the “Odyssey” with accounts of class discussions, the cruise, and his own family history. He sees the poem, in part, as a story about the “endless tug-of-war-between fathers and sons, successes and failures….” After all, several of its early books focus not on Odysseus’s legendary travels, but on Telemachus’s search for information about his missing father. In the end, both father and son receive an education of sorts — a process replicated, in the course of the memoir, by the Mendelsohns.

The poem’s famous “ring composition,” in which the narrator periodically circles back to past events — or anticipates future ones — before returning to the present, supplies a structural template for Mendelsohn’s own narrative.

The idea of circling doubles as a metaphor for the inability of father and son to approach each other. So Mendelsohn seems to suggest in describing a childhood trip during which bad weather kept their plane circling for hours, while father and son, not talking, remained immersed in their respective books. The trip was part of “a long quiet between us,” he writes, fueled by the father’s “exacting standards” and “habit of silence.” (Mendelsohn’s mother, by contrast, is an exuberant and loving presence.)

“An Odyssey” begins simply, with the gruff, retired research scientist asking if he might sit in on his son’s course. Attendance would require an extraordinary effort: a roughly three-hour-long trip each way from the Long Island suburbs to the Hudson Valley by either car or train. Nor is the father the only traveler in the family. Mendelsohn splits his time among a house near Bard, a New York City apartment, and the New Jersey home where his two sons and their mother (his “parenting partner”) reside.

In the memoir’s first chapter, as in the “proem” of an epic poem, Mendelsohn briefly summarizes the events that will follow. And he sets out another of the poem’s (and memoir’s) themes: the issue of identity. Odysseus is, of course, a master of disguise. But Mendelsohn’s father, too, seems different to different people — as we all do — and Mendelsohn can’t help wondering which self is the most genuine.

A mathematician who never completed his doctoral dissertation, Jay Mendelsohn worked at a defense plant and later became a professor of computer science. Yet he seemed at times to have stepped back from intellectual challenge and achievement — a tendency exemplified by the fact that he halted his Latin studies before reading Virgil’s “Aeneid.” His son would pick up the baton by becoming a classicist. “Now you’ll read it for me,” his father tells him, with uncustomary sweetness.

The early pages of “An Odyssey” are dense with etymology — of words denoting travel, of Odysseus’s name. Mendelsohn cannot resist his most arcane scholarly inclinations, and the reader will inevitably be schooled in the intricacies of Homeric interpretation. He or she will become a seminar student.

But, as the memoir unspools, Mendelsohn’s narrative grip tightens, and the son’s search for his father becomes poignant and powerful.

On their cruise, Jay Mendelsohn finally tells Daniel a story he never knew: that his longtime nickname “Loopy” was given to him by a Dutch boy who had been in love with him in his youth. Mendelsohn, touched by the discovery, wonders why his father has never before shared this memory. “Some stories,” his father says, “just take longer to tell.”

“We all need narrative to make sense of our lives,” Mendelsohn reminds us at one point. But he is also at pains to point out that any such story will likely be imperfect and incomplete — especially one about fathers and sons.

“A father makes his son out of his flesh and out of his mind and then shapes him with his ambitions and dreams, with his cruelties and failures, too,” he writes in the spirit of understanding and forgiveness. “But a son…cannot know his father totally because the father precedes him; his father has always already lived so much more than the son has, so that the son can never catch up, can never know everything.”

Julia M. Klein, the Forward’s contributing book critic, was a finalist this year for the National Book Critics Circle’s Nona Balakian Citation for Excellence in Reviewing. Follow her on Twitter @JuliaMKlein