Why My Bat Mitzvah Was The Happiest Day Of My Life 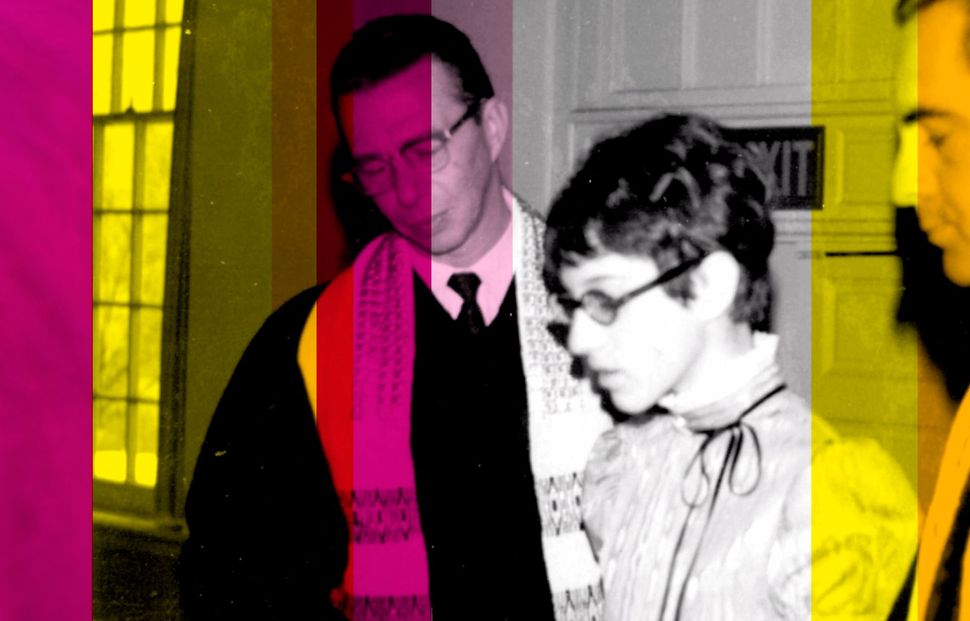 Image by Courtesy of Jane Eisner

This is Part 2 in a series of articles examining bar and bat mitzvahs in America.

Until the day I married, my bat mitzvah was the happiest day of my life.

I realize that makes me an anomaly, or at least a rare species among American Jews, whose bar and bat mitzvah experiences seem freighted by anxieties both emotional and financial. If the brilliant scene in the Coen brothers’ “A Serious Man” — when Danny Gopnik steps up to chant his bar mitzvah Torah portion as if he were taking a dizzying walk to the gallows — is one end of the spectrum, I’m on the other.

There was nothing anxiety inducing in my experience. My family belonged to a Reform synagogue in a lower middle-class neighborhood, where girls did everything in the service that the boys did, though by today’s standards it wasn’t much. I read but didn’t chant from the Torah, led a prayer or two, gave a speech, thanked my parents and accepted the rabbi’s well-worn but heartfelt admonitions. I don’t believe that “mitzvah projects” had yet been invented.

For me, it was not so much the service but the circumstances that made the day so special. Everything memorable — from the invitations that I wrote by hand to the bright-pink dress that my mother sewed for me to the food she cooked and served at a luncheon in our living room — was homemade. We could afford no pretense. We also didn’t know any better. I was the first girl in my family to become a bat mitzvah, and it was not that common among my cohort, so we didn’t feel the need to match someone else’s unattainable ideal.

Most important to me, my beloved maternal grandmother, my last remaining grandparent, was ravaged by cancer, and until the moment she was wheeled into the modest sanctuary, I did not know whether she would be there. Her presence convinced me that it is possible for the dying to grasp a little more of life before it is ripped away. Six weeks later, she was gone.

All this made for happy memories and a gauzy sense that I had glimpsed adulthood and entered into the Jewish covenant in a lasting way. It was a day filled with the quiet dignity of a family and a community embracing a young woman eager to get started on the business of growing up.

My own daughters’ bat mitzvahs were less quiet, yet also more substantive, reflecting their enhanced Jewish education. Over the years, I’ve certainly attended ceremonies and parties that indulged in the stereotypical opulence that gives the ritual a bad name, but I’ve held on to the countercultural notion that a bar or bat mitzvah ought to focus on the quiet dignity of welcoming a child into adulthood.

It’s a theme that comes up in my Torah portion, Va-yiggash, or at least in the interpretation of that portion newly offered by my friend, the brilliant Rabbi Shai Held, president, dean and chair in Jewish thought at Mechon Hadar, the vibrant egalitarian yeshiva in Manhattan.

Va-yiggash contains the memorable scene where Joseph, a huge success in Pharaoh’s Egypt, reveals himself to his brothers in a reunion that leads to the rescue of his family and, essentially, the Jewish people.

I remember thinking how cool it was that Joseph was a powerful, professional Jew who engineers a path out of famine and saves lives, both Jewish and Egyptian. But as Shai interprets the text, Joseph exacts an extremely high price by making the serfdom of Egyptians permanent, codifying their slavery and, over time, the slavery of the ancient Hebrews. His administrative aptitude does not absolve him of responsibility for the human suffering that comes after.

As Shai writes in his new compilation of essays, “The Heart of Torah,” Joseph, in his successful mitigation of the famine, “plays with fire, and that fire will eventually wound his own family in unspeakable ways.”

There is also another, more positive lesson from Joseph’s behavior: When it comes time to reveal himself to his brothers — the part I read for my bat mitzvah — Joseph leaves himself physically vulnerable by clearing the room of the Egyptians who could protect him from a potential assault. He does this because he must impart startling news: that he is the same Joseph whom his brothers sold into slavery. Joseph clears the room because he believes he must divulge this information in a way that does not humiliate his brothers in front of the Egyptians. Joseph, Shai writes, “would rather die than humiliate another person.”

From this, some rabbinic authorities have argued that humiliation is a sin on par with idolatry, sexual immorality and murder.

At a time when public humiliation is a ubiquitous part of our discourse, a ticket to celebrity and the lingua franca of our president, this countercultural message is almost too big to process. The Torah, Shai tells me in a conversation, “is making the theological case for human dignity. Even if it’s a Pollyanna idea, you should at the very least have that voice in your head — to insist on human dignity at a moment when it is being trampled.”

As a teenager, I was too young to understand this lesson. I’m not convinced that teenagers can be expected to embrace this level of engagement with text, though surely there are educators that can make it relevant and alive.

But in returning to my Torah portion and seeing it through Shai’s eyes, I have come to have a new appreciation for what my parents did for me by ushering me into adulthood with a simple, dignified celebration that put no one to shame. Especially me — an awkward 13-year-old just happy that her handwritten invitations were delivered and her grandma made it there alive.

Why My Bat Mitzvah Was The Happiest Day Of My Life