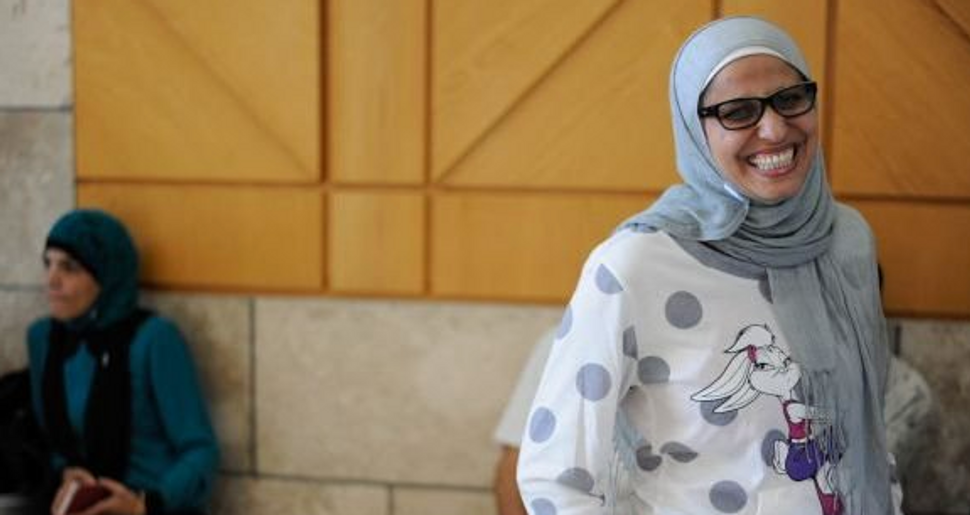 On October 11, 2015, the Palestinian poet Dareen Tatour was arrested at her home in Reineh, a town in Israel’s Galilee. In November of the same year, in the second of Tatour’s three months in jail, Israeli prosecutors indicted her on counts of incitement to violence and support for a terrorist organization.

The charges stemmed from three actions Tatour took online in short succession in early October 2015. First, she posted a video to YouTube and Facebook in which she read her poem “Resist, My People, Resist Them” over images of physical conflict between Palestinians and Israeli forces. Next she shared, on her Facebook page, a news item alongside a caption that advocated “the continuation of the intifada” that “must begin within the Green Line.” Last she posted to her Facebook a photo of the Arab-Israeli woman Isra’a Abed, who had been shot and injured by Israeli police officers who suspected her of trying to carry out a knife attack — it would later be determined that they were mistaken — with the caption “I am the next shahid.” In Hebrew, according to Haaretz, the Arabic word “shahid,” which translates roughly to “martyr” is often understood to refer to terrorists. (A witness at a hearing regarding Tatour’s case would later argue that the word has different connotations for Palestinians, saying, as reported by Haaretz, that it’s often taken to refer to “victims” or “those who have fallen.”)

Since being released from jail in January 2016, Tatour has lived under house arrest, first in Tel Aviv and then in Reineh. The terms of that confinement were modified this past May, allowing her to leave the apartment during the day so long as she follows strict supervisory rules.

Next Tuesday, just over two years after her arrest, Tatour will learn the verdict in her case, and the sentence that will accompany it if she is convicted. The charges on which she has been tried carry a potential sentence of eight years’ imprisonment.

Her case, which began with an hours-long interrogation over whether she could reasonably be considered to be a poet, has attracted international attention. In July, 2016 over 150 writers, including Claudia Rankine, Dave Eggers and Alice Walker, signed a letter organized by Jewish Voice for Peace and Adalah-NY (The New York Campaign for the Boycott of Israel) advocating for Tatour’s charges to be dismissed.

PEN America has also advocated for Tatour’s cause. “The prosecution of Tatour is of particular concern, as it not only threatens principles of free expression for Palestinian authors, but also represents more broadly an attempt by the Israeli government to litigate the meaning of a piece of literature,” an article posted on the organization’s website earlier this month stated.

That threat, PEN reported, had already been acted upon in regards to Tatour’s case. An August 30 reading of transcripts from her trial alongside her poetry, staged at the Arab-Hebrew Theatre in Jaffa, drew governmental threats to defund the theater under the 2011 law known as the “Nabka Law,” which allows the government to withdraw government financial support from organizations seen to be questioning Israel’s legitimacy.

“The political persecution, detentions and restrictions on freedom of expression, in my opinion, are a symptom of the crisis of Israel,” Tatour said in a 2016 interview with Salon. But she said she has some hope that the international campaign in support of her may lead to her freedom.

“Hope is the sense of life, of freedom, of safety,” she said. “It is what gives meaning to everything experienced by humans; we breathe hope to live meaningful lives.”