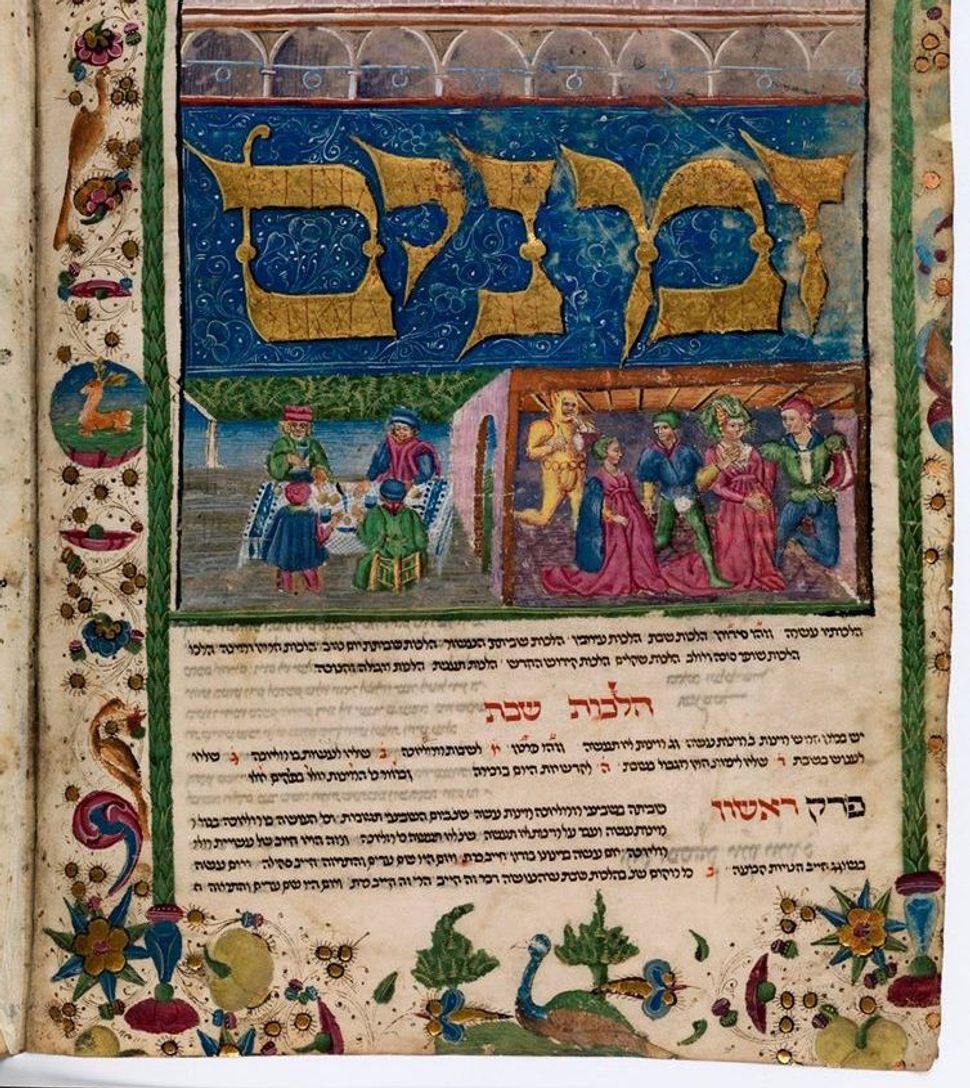 My first-ever trip to the Vatican took place after an exhausting overnight train ride to Rome from Paris with two friends — one deeply Catholic, the other Buddhist — when we were all 20 years old. We were exchange students with little cash but plenty of curiosity; we knew nothing about Rome and nothing about the Vatican, and we didn’t think that mattered.

A man followed us from Rome’s central train station, through the city, and into the lobby of our cheap hotel; when we opened the door to our room, the man was sitting on the bed. I called the front desk to complain, but the clerk was baffled. “I thought you girls wanted him there,” he said. “I gave him the key.”

Exasperated, we left and headed toward the Vatican. The three of us marveled at Michelangelo’s “Pièta,” and waited in line for far too long to glimpse the hands of God and Adam at the Sistine Chapel. We fended off suitors on the Vatican’s steps. And then, in the Vatican Museums, I discovered an astonishing collection of Jewish treasures. I suddenly felt the disaster of the destruction of the Temple in my bones, just as I felt it when I later looked at another famous monument in Rome — the Arch of Titus, built in 82 C.E. — but did not walk beneath it, following the tradition that a Jew should not walk under the arch that celebrates Titus’s victory.

I understood only one side of the story, and I was missing the key, because I did not know then that the Vatican has a Hebrew manuscript collection, and that it was and is one of the most important in the world. And, only recently have these hidden documents become accessible.

Nearly all the Hebrew manuscripts housed in the Vatican were written in the Middle Ages and the Renaissance from the ninth century to the 16th. Those centuries, of course, were dangerous times for Jews, and included the Crusades, the Inquisition and expulsion from Spain, and numerous expulsions of Jewish communities throughout Europe. But the manuscripts? They were safe — sheltered in the Vatican.

This past summer at the World Jewish Congress in Jerusalem, I listened to a presentation by Adi Amsterdam, a doctoral candidate in Jewish studies at Tel Aviv University who researches Onkelos; his subject was a Hebrew and Aramaic manuscript dating from the 11th or 12th century that is housed in — where else? — the Vatican.

I was curious how Amsterdam got interested in this particular manuscript of all manuscripts.

“I didn’t know about it until I consulted Professor Abraham Tal regarding Ph.D. research,” Amsterdam said. “He mentioned this manuscript which he said he never had the time to examine, and I thought to myself that if Professor Tal wanted to research that manuscript, it must be worth it.”

Amsterdam traveled to Rome in April 2014 with his then-pregnant wife and their son, and stayed there for two weeks. “The Vatican library, as well as the rest of the Vatican, is a highly restricted place,” he said. “Once I was permitted, I got a magnetic card that allowed me to go only to certain places in the library and in the area around it. It resembled a trip to the CIA headquarters, as I imagine it.”

“I went daily to the Vatican Library to see ‘my’ manuscript. That was one of the most interesting experiences in my academic life: I was able to hold and read from that huge ancient book. The librarians didn’t share my enthusiasm, and urged me again and again to be careful and not to touch it with my hands.”

“The manuscript itself is incredible,” he said. “Up until then I had only black-and-white scans, which made my research the nearest thing to impossible, for I had to trace the old layer of vocalization, which a later vocalizer [Naqdan] erased and put on different signs. Examining this ancient manuscript makes one think about customs and tradition.

“Back in those days, one could change a sacred manuscript if he thought it to have an error, or in my case, a different Aramaic dialect: ‘Oh, look at that word. It is completely wrong! Who says Eisak nowadays? We all say Eisek. I must change this Kamatz to a Segol immediately!’ or: ‘Why in heavens name there is a Patah here? There should be a Qamatz!’ and: ‘A Dagesh Qal here? Someone must have lost his mind! I will erase it!’”

I wanted to know if the general public could see this stuff, and get a look at the fact that there are layers of vocalization, and arguments that have been preserved through erasures and rewritings, and the answer is — no.

The most determined tourist could not get a look, let alone the key.

“I had a guided tour in some parts of this library, which are restricted to workers only, “ Amsterdam said. “Unfortunately, I couldn’t go to the secret cellars, for very few are permitted to go. That was quite a shame, because I really wanted to see if the menorah from the Temple is there.”

I gasped. I remember having the same thought when I was at the Vatican, all those years ago.

“There is also an Israeli connection,” Amsterdam added.

“The Bible that former president Shimon Peres gave the pope Benedictus XIV on his visit is presented in a special place in the waiting room.”

As Amsterdam spoke, I thought of how future Bible scholars and armchair language detectives may not have to trek to Rome, because of an incredible historical development that is taking place right now: The Hebrew manuscripts of the Vatican are being digitized. With a click, I could see the manuscript Amsterdam was talking about.

The Polonsky Foundation Digitization Project is a joint effort by the Bodleian Libraries and Biblioteca Apostolica Vaticana, or the libraries at Oxford and the Vatican. It will make 1.5 million digitized pages — Hebrew manuscripts, Greek manuscripts and other early books — freely available over the next three years.

In addition to what is probably the earliest surviving codex, The Vatican’s holdings include “a copy of the Sifra, written towards the end of the ninth century or in the first half of the 10th century; a copy of the entire Bible, written around 1100 in Italy, and large numbers of volumes of texts in the fields of biblical commentary, Halacha, Kabbalah, talmudic commentaries, liturgy and liturgical commentaries” and more, the project’s site states.

The philanthropists Georgette Bennett and Leonard Polonsky — whose marriage was the subject of a charming Vows column in The New York Times — have also funded the digitization of essential documents in American history, through a $500,000 grant to the New York Public Library, as well as the digitization of the Albert Einstein archives and the papers of Sir Isaac Newton.

In an interview with Leaders magazine, Polonsky explained that he had been a soldier in 1945 and witnessed the destruction of Germany’s national library.

“I was in the U.S. Army in 1945,” Leonard Polonsky told Leaders magazine. “That year saw the destruction of the German National Library in Berlin, and the libraries of Hiroshima and Nagasaki. I’ve since been very sensitive to the capacity for destruction during times of war, particularly of the cultural heritage housed in our major libraries.”

Georgette Polonsky helped form the Jewish Coalition for Syrian Refugees. She told Leaders magazine that she is “a child of Holocaust survivors and a refugee myself.”

The Polonsky Digitization Project, and the family’s example of rescuing texts and souls, seems both inspirational and relevant as we begin a new cycle of reading the Torah with Simchat Torah. I recommend viewing an illustrated manuscript from the Vatican featuring the word bereishit, or “in the beginning,” dating to the year 1299, as a start, and considering how digitization is a form of a new beginning.

‘Aviya Kushner is The Forward’s language columnist and the author of “The Grammar of God” (Spiegel & Grau). Follow her on Twitter at @AviyaKushner*