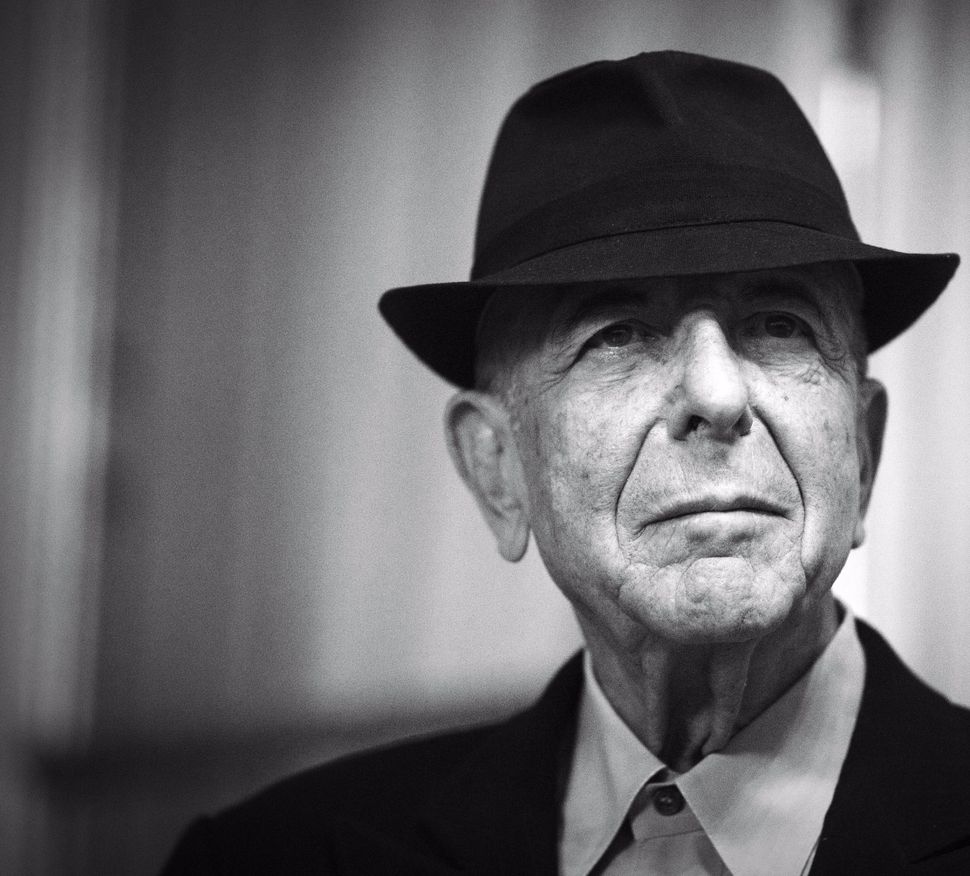 Sting rasped an elegant, effortless “Dance Me to the End of Love.” k.d. lang belted a to-the-rafters “Hallelujah.” Courtney Love bellowed a grunge-karaoke “Everybody Knows.” And the great man himself, via a video projected on giant screens, croaked “You Want It Darker” accompanied live by the choir of the Québec synagogue Shaar Hashomayim, which had accompanied him on his original recording.

“Tower of Song: A Memorial Tribute to Leonard Cohen” played out over two briskly-paced hours last night before a capacity crowd at Montreal’s massive Bell Center. Before a well-heeled, boomer-age crowd, each of whom had spent upwards of $250 for a ticket, a parade of stars paid homage to Cohen the day before the first anniversary of his death. Projected onto a backdrop, a fedora-topped Cohen peered at the audience from high on the stage, then receded into darkness as the evening drew to a close.

Among the highlights of the evening were Montreal singer Patrick Watson’s chilling “Who by Fire,” soul legend Bettye Lavette’s quietly wrenching “Secret Life” and a rousing, rat-a-tat “Democracy” performed by Denver’s Lumineers. Throughout the concert, many audience members wiped away tears. Adam Cohen, Leonard Cohen’s son and an acclaimed performer in his own right, served as emcee, reciting his father’s poetry and prose.

Some of the evening’s most unforgettable moments were non-musical. Prime Minister Justin Trudeau praised Cohen as “a great Canadian and un grand Montrealais” – a great Montrealer – before speculating that both Cohen and his own father were looking down, bemusedly, at the concert and the world. First Lady Sophie Gregoire-Trudeau called Cohen “le grand gentleman charismatique qui nous séduisait:” “The great man who seduced us.”

Hollywood’s Seth Rogen drew the evening’s biggest laughs, delivering a quick monologue before an earnest reading of the lyrics to Cohen’s “Field Commander Cohen.” “I had a Hebrew school teacher named Leonard Cohen, but he wasn’t as cool,” Rogen joked. “As a Canadian Jewish person, there is no greater honor than reading a Leonard Cohen poem in the middle of a hockey arena. After this, I stop being a Canadian Jew.”

Those arts councils “helped sustain Cohen financially in his 20s when, despite his publishing success, he still couldn’t make enough money to survive as an artist,” according to the CBC.

At the concert’s end, Adam Cohen handed the microphone to Canadian folksinger Basia Bulat, who turned Cohen’s “Closing Time” into an upbeat, twangy singalong. Completely lacking in pretense, it felt like the kind of exit that Cohen himself would have approved.