This Sexual Assault Story From 1913 Is All Too Familiar Today 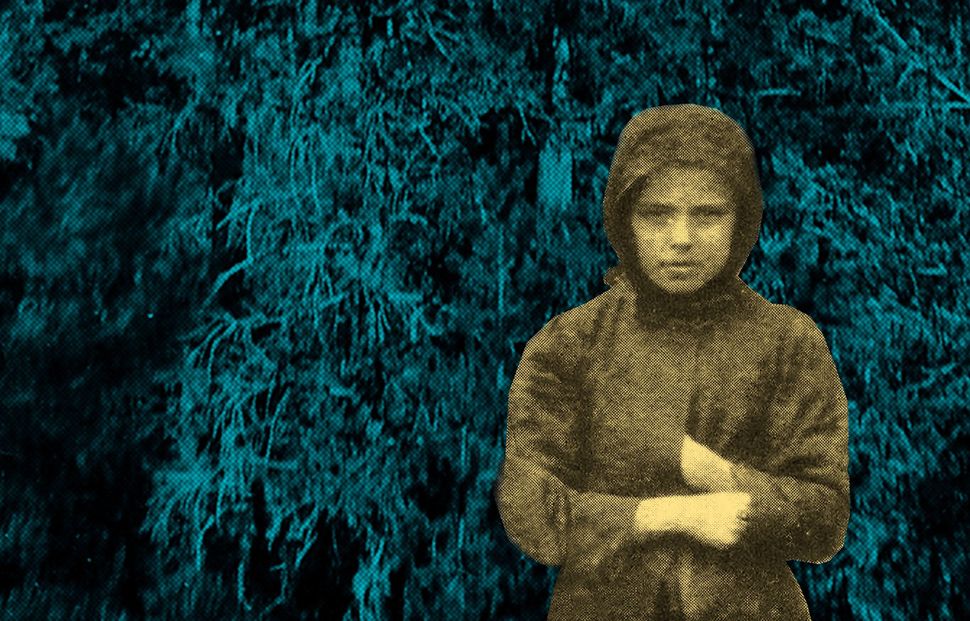 Though some of the presentation is different, this story from the Forward’s June 23, 1913, edition is all too familiar: A man in power abuses a young woman or girl so egregiously that she can’t even stop to think of the consequences of speaking out, and she protests. As soon as her protest is made public, others confirm that it’s part of a pattern.

The printed story avoids not only all the legal hedging that we’d expect from a contemporary article about abuse, but also the details that would flesh it out. The brevity of the story and its avoidance of names lend it an odd air of universality, like a Bible story, or an allegorical tale, like a Kafka fragment. Here it is, translated from the Yiddish in its entirety:

This past Lag b’Omer the following shameful event occurred, disrupting the entire town. A 12-year-old girl emerged, crying, from out of the woods, where her teacher had organized a Lag b’Omer hike for his male and female students. She said that her teacher abused her and offered her candy in exchange for her silence. Her terrified mother quickly ran over to the woods to find that the other girls from her class were still there, and she discovered that her daughter wasn’t the teacher’s only victim, as, unfortunately, he had abused several additional young girls. It wasn’t only in the forest that he’d enacted his immoral crimes, but in the Hebrew school as well. That evening, four other mothers approached the rabbi with their daughters. The teacher was ordered to show up, and the girls looked him in the eyes and told of how all four of them were sexually abused. The girls are 10, 11 and 12 years of age. The teacher was arrested.

Three things immediately strike us — apart from the tragic locale of Zambrow, in northern Poland, where most Jews would be murdered a generation later.

First, for those who organize their year according to Jewish observance, it’s noticeable that this abuse of power happened on Lag b’Omer. So this traumatic event happened in springtime — on the only day for seven weeks that the community was allowed to celebrate.

Second, it’s notable that the mothers went to the rabbi, who believed them. Not only that, but in the condensed timeframe of the story, that rabbi seemingly reported it to the secular authorities, leading to the teacher’s arrest.

Finally, those familiar with biblical and talmudic approaches to sexual assault will note that this reported attack took place in the forest (literally the “Wald”). But when reported, it elicited responses showing that similar abuses had happened in the schoolhouse.

This distinction between the location of these abuses — one in the forest, several in the classroom — echoes the controversial biblical text (Deuteronomy 22:23-27) that distinguishes between the punishments for rape in the city and rape in the country:

“If there be a damsel that is a virgin betrothed unto a man, and a man find her in the city, and lie with her; then ye shall bring them both out unto the gate of that city, and ye shall stone them with stones that they die: the damsel, because she cried not, being in the city; and the man, because he hath humbled his neighbor’s wife; so thou shalt put away the evil from the midst of thee.

But if the man find the damsel that is betrothed in the field, and the man take hold of her, and lie with her; then the man only that lay with her shall die.

But unto the damsel thou shalt do nothing; there is in the damsel no sin worthy of death; for as when a man riseth against his neighbor, and slayeth him, even so is this matter.

For he found her in the field; the betrothed damsel cried, and there was none to save her.”

Victims in the city were punished alongside the rapists because, with people around, the victim could, theoretically, call out. And then, so the logic goes, because there would be people around, they would rescue her. So if a woman were to lie with another man and then accuse him, later, of assault, she must be a liar as well as a woman of loose sexual morals.

That line of argument now feels incredibly naive. If anything is clearly shown by the events of both 1913 and 2017, it’s that accusations are rarely listened to, no matter how dense the population (or how networked the technology). Power and gender can silence accusations no matter how they are leveled, no matter where. Perhaps, in the aftermath of the Harvey Weinstein allegations, we can acknowledge that we all live in the woods — and that’s the first step to making people safe.

Dan Friedman is the executive editor of the Forward. Follow him on Twitter at @danfriedmanme
(with thanks to Danya Ruttenberg and Chana Pollack for their sources)

This Sexual Assault Story From 1913 Is All Too Familiar Today