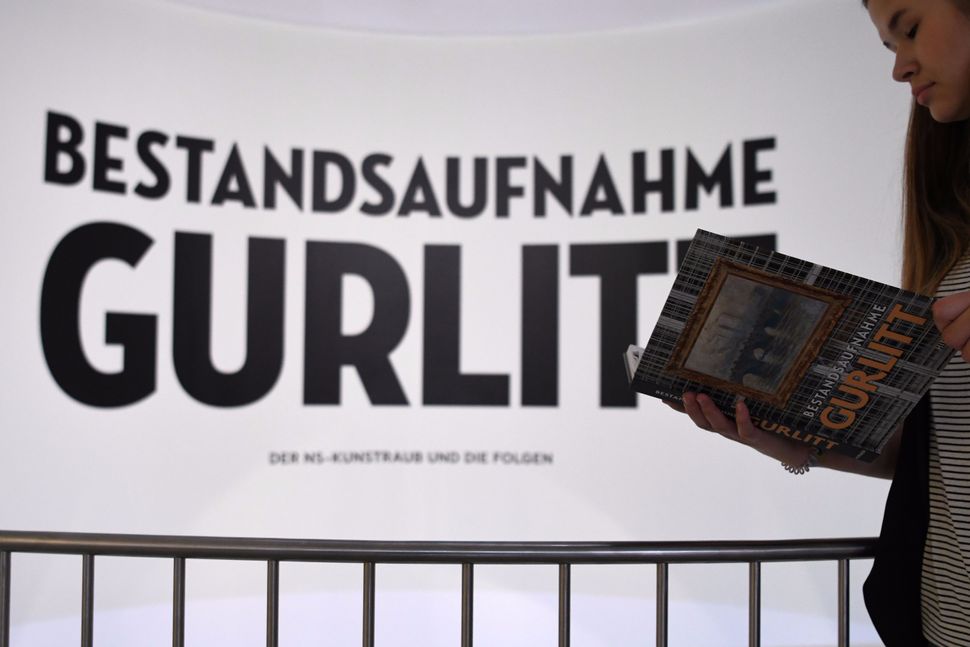 This past week, over 400 works from the collection of Hildebrand Gurlitt, a German art dealer who traded in “degenerate art” on behalf of the Nazi government, went on display at Switzerland’s Kunstmuseum Bern as well as the Bundeskunsthalle in Bonn, Germany. Gurlitt’s 1,400 work collection, discovered in 2012, has been the subject of steady controversy over concerns that many of the works may have been ill-gotten during the Holocaust.

Gurlitt was a complex figure in the midcentury art world. In 1933, he was fired from his position as a curator at Hamburg’s Kunstverein for exhibiting Expressionist painting and refusing to fly the Nazi flag. (It couldn’t have helped matters that his grandmother was Jewish, making him a so-called “quarter Jew” under the Nuremburg laws.) Yet he later elected to work with the Nazis as one of only four dealers chosen to market “degenerate art” abroad. During this time, he gathered an impressive personal collection at a tremendous discount; in 1940 he purchased 200 paintings for a paltry 4,000 Swiss francs from none other than Joseph Goebbels’ Propaganda Ministry.

After the war, Gurlitt successfully presented himself as a victim of the regime, finding work as a museum director by 1948. Still, he covered up the existence of his personal collection, claiming to have lost it to a fire in 1945.

That collection resurfaced in 2012 when German authorities burst into the Munich apartment of Cornelius Gurlitt, Hildebrand’s son, who died in May 2014. They took custody of the collection, which contains works by Ernst Ludwig Kirchner, Marc Chagall, Käthe Kollwitz and Paul Klee, among many more. When the German magazine Focus broke the story of the collection’s existence and origins in 2013, it caused a public sensation. The German government has funded research into the works’ provenance, though their investigation has been criticized for lack of transparency by Jewish Groups, including the World Jewish Congress and the Jewish Claims Conference.

The exhibition of the collection was originally delayed due to a lawsuit by Uta Werner, a cousin of Cornelius Gurlitt, who contested his bequest of the collection to the Kunstmuseum Bern. Her case was rejected in December 2015.

“There’s always a slight chance that a work seized from a German museum was on loan from a private Jewish collection,” Nina Zimmer, director of the Kunstmuseum Basel, told Artnet’s Hili Perlson. The provenances of the artworks in Gurlitt’s collection are considered unclear, she said, “until we have confirmed that the state confiscated the museum’s own property.”

Significant funding from both public and private sources has been granted to assist in the process of investigating their backgrounds. To date, the Gurlitt collection is the first and only private collection to be investigated under the 1998 Washington Principles on Nazi-Looted Art. The German Ministry of Culture has also allocated $7.6 million to research the provenance of the Gurlitt collection. The task force has so far deemed only six artworks to be looted and worthy of restitution.

With its emergence into public exhibition, the Gurlitt collection has entered a new chapter, though it doesn’t seem that the questions surrounding it will be resolved any time soon. The story of the collection unlikely to have a wholly satisfying ending, making for an appropriately knotty postscript to a Gurlitt’s life.