Lilli Hornig, the Czech-born Jewish chemist who died on November 17 at age 96, showed an exemplary interest in what in the “Pirkei Avot” a book of the Mishnah, is termed g’milut chasadim, or acts of loving kindness.

Hornig’s family, many of whom were scientists, fled their homeland in the early 1930s after her father was threatened with deportation to a concentration camp; she went on to study chemistry at Bryn Mawr and Harvard, and was recruited for the prestigious Manhattan Project, the research venture during the Second World War that produced the first nuclear weapons. Her husband, Donald Hornig, also a gifted chemist, had been recruited to work at the Los Alamos laboratory, which was organized to design nuclear weapons as part of the Manhattan Project. She accompanied him to work on plutonium chemistry.

The lab’s authorities decided that exposure to plutonium could cause reproductive damage to women, so Hornig was transferred to a research group working on explosives. 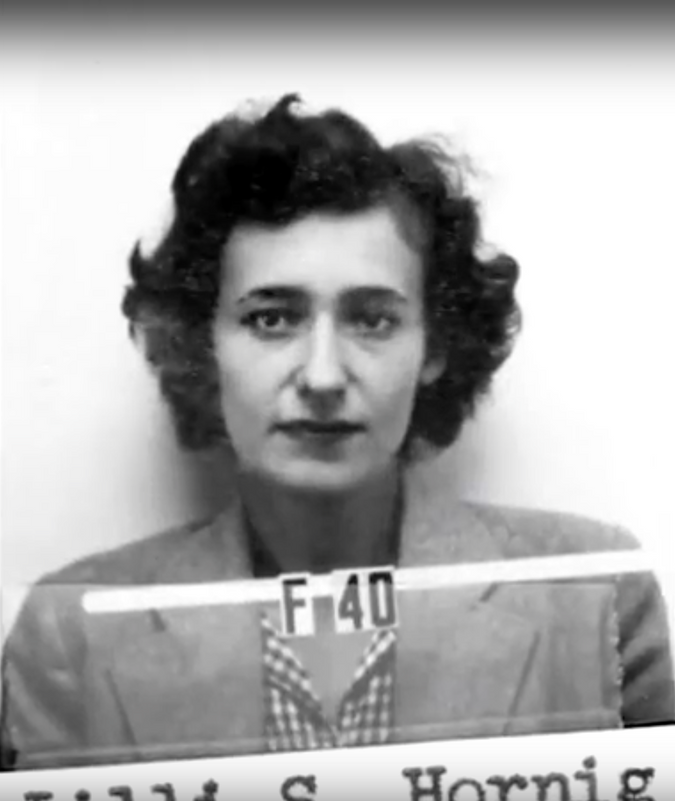 Only decades later did histories such as “Their Day in the Sun: Women of the Manhattan Project” and “The Girls of Atomic City” recognized this contribution by women scientists to the Allied victory. Refreshingly irreverent about the famous scientists working in the Los Alamos community, Hornig later commented that the eminent Hungarian Jewish physicist Edward Teller, known as the Father of the H-Bomb, was “nuts anyway… He was kind of a loud mouth.”

Despite distracting bulvans of the Teller variety and the urgent necessity of the task at hand, Hornig displayed an early conscience regarding the repercussions of her acts. She joined other Los Alamos scientists to sign a petition directed at the United States government, asking it to demonstrate the bomb’s destructive power rather than dropping it on the civilian population of Japan. As she recalled to an interviewer for the Atomic Heritage Foundation in 2011:

“Yes, I remember the petition to—not to use the bomb as a weapon came around just after the test… And some of my friends in the same group… were signing it. And I thought about it and I thought that was a good idea. I think many of us had really worked on it — on the bomb with the thought that it might deter Hitler. Once the European war was over with, well, a lot of the people left right away… I don’t — there wasn’t certainly among the scientists the same gut feeling about using it. And we thought in our innocence — of course it made no difference — but if we petitioned hard enough they might do a demonstration test or something like they later did at… and invite the Japanese to witness it. But of course the military I think had made the decision well before that they were going to use it no matter what. And so we had very mixed feelings about that.”

At the time, the relief at seeing the war end overwhelmed all of Hornig’s other feelings, but seeing the results of her work wreak havoc on hundreds of thousands of people increased the need for g’milut chasadim that governed her later career. She became the founding director of Higher Education Resource Services (HERS), a non-profit organization that, as its acronym suggests, promotes women’s involvement in higher education. She also served on equal opportunity committees for the National Science Foundation, the National Cancer Institute, and the American Association for the Advancement of Science, as well as being research chair of the Committee for the Equality of Women at Harvard.

While nurturing the scientific aspirations of younger generations, Hornig also paid heed to those of the past. She translated From My Life: The Memoirs of Richard Willstätter, the autobiography of a German Jewish organic chemist who was awarded the Nobel Prize for Chemistry in 1915. Willstätter’s portrait of academic research in Germany before Nazi race laws went into effect, along with an affectionate portrait of his friend and colleague the Jewish chemist Fritz Haber, must have struck a chord with Hornig, whose own family was part of that society. A distinguished biochemist who shared Hornig’s esteem for Willstätter was Chaim Weizmann, Israel’s first president, who noted in his memoirs:

“[Willstätter’s] knowledge of chemistry and chemical problems was encyclopedic, and as unlimited as the kindness he showed me… At a meeting of the [Munich] university senate some time in 1928 a discussion had arisen about the appointment of a mineralogist. A candidate was proposed, a front rank mineralogist by the name of Goldschmidt. As soon as the name was mentioned a murmur arose in the meeting and someone remarked: ‘Wieder ein Jude!’ (another Jew). Without saying a word Willstätter rose, collected his papers and left the room. He never crossed the threshold of the university again… Although his reputation was immense, and he was a Nobel prize winner, he was modest, unassuming and retiring in character; he often reminded me of the old-time venerable type of great Jewish Rabbi.”

With her own rabbinical sense of leadership, Hornig persisted in the postwar years in facing the challenge of finding equal professional opportunities. Knowing what it meant to be excluded from academic posts because of anti-Semitism, she was all the more sensitive to exclusion for any specious reason. Her books “Equal Rites, Unequal Outcomes: Women in American Research Universities”; “Women Scientists in Industry and Government: How Much Progress in the 1970’s?”; and “Climbing the Academic Ladder: Doctoral Women Scientists in Academe” addressed similar issues. And two years ago she told “The Providence Journal” that she was working on her own memoirs, to be entitled “Random Recollections,” focusing on her family’s escape from Fascist Europe to the United States: “I’m writing them for the family,” she added. As always, Hornig was conscious of the wider group impact of her experiences and achievements, which will be long remembered.

To see Lilli Hornig reminisce, view the video below.