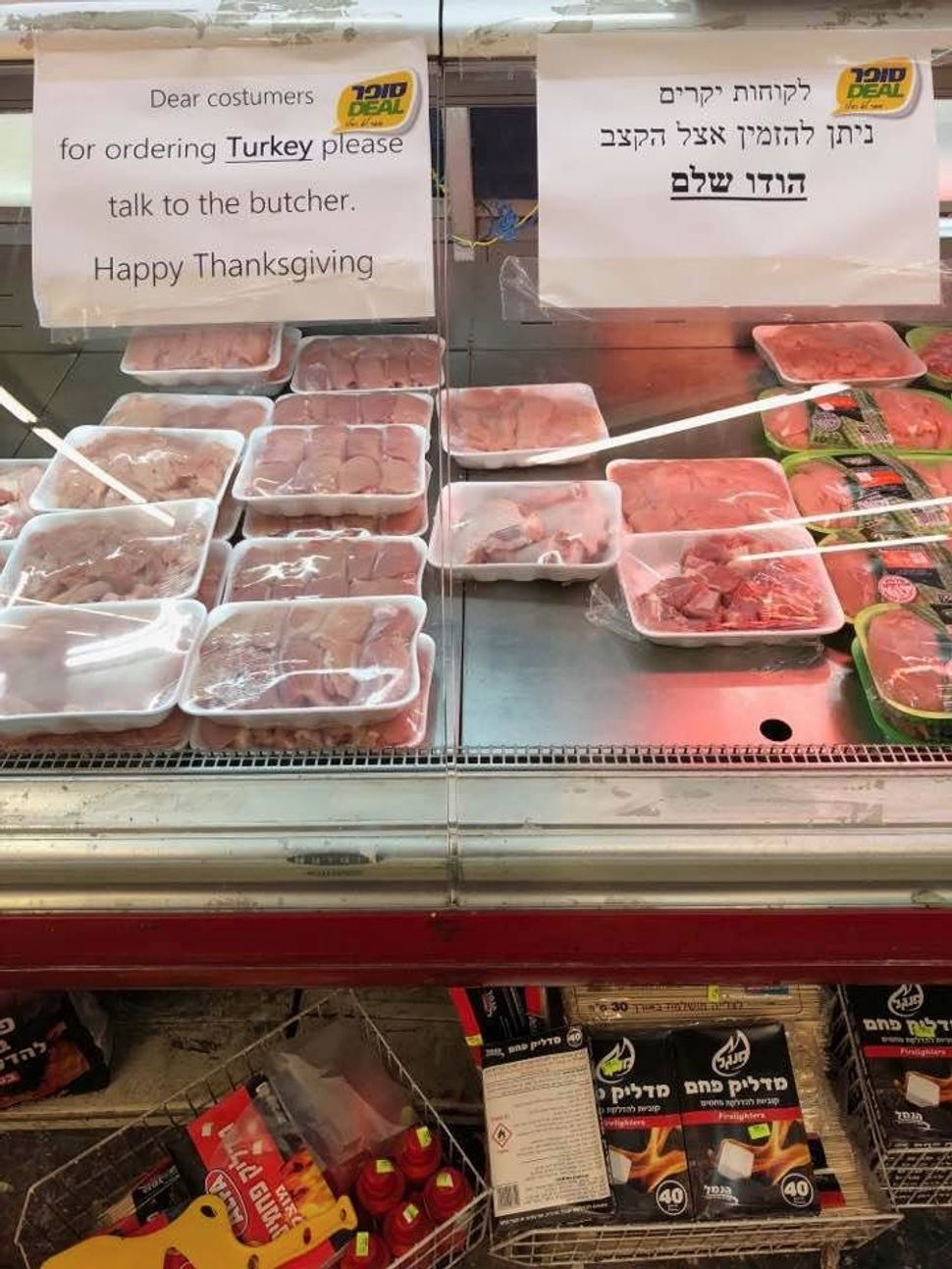 Image by Courtesy of Jessica Steinberg

Editor’s note: This article was first published in 2017.

Thanksgiving has always been a holiday Jews are very comfortable with. While it may seem like the reason behind the love is that Thanksgiving is secular, as opposed to other widely celebrated holidays that are explicitly religious in nature, the deep reason is probably etymological. Jews are linguistically rooted in gratitude, and the word for Jew in Hebrew — Yehudi — is directly tied to the word for thankfulness, or hodaya.

This etymological connection might also explain the behavior of American Jews abroad, who often go to great lengths to celebrate Thanksgiving; this week my social-media feeds were filled with photographs of turkey for sale in Jerusalem, with multilingual signs explaining that turkey is for chag ha’hodaya, or Thanksgiving in Hebrew. 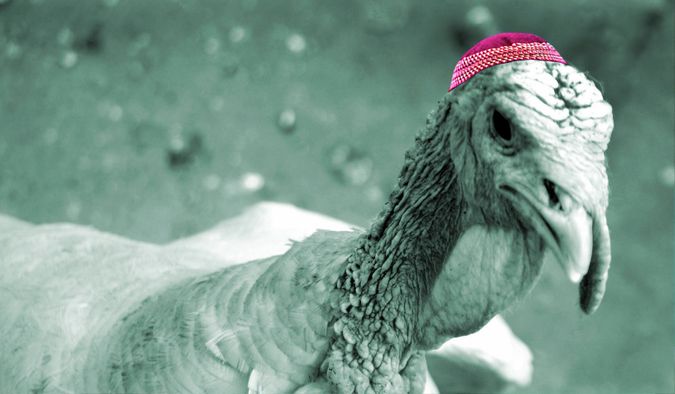 Here is the case for Jews as the people of gratitude, not just the people of the book. The word Yehudi, or Jewish in Hebrew, comes from the Bible, and specifically, from the matriarch Leah’s name choice for her son — Yehuda. The Jewish people are, literally in Hebrew, “Yehudim” the Judahs. This is one of those connections that is difficult if not impossible to hear in translation, because Bible translations almost always transliterate names instead of translating them. It’s one of the great losses of the Bible’s move from Hebrew into English.

Yehuda is rendered as Judah in English, so the gratitude that is the meaning of his name is lost to an English reader. But what does come across in translation — loud and clear — is Leah’s gratitude for what she has. She may be the less loved sister, but she is the more fertile one. And so Leah famously says, in Genesis 29: 35, ha’paam odeh et Adonai v’al ken karah shmo Yehuda. Roughly translated, it’s “this time I will thank (odeh) God and therefore will call him [my son] Judah (Yehuda).”

That odeh means “I will thank,” so the specific reason for the name Yehuda for her new son is Leah’s gratitude. Now for a less-rough translation of the original Jewish Thanksgiving passage, here is Genesis 29:35 in The Jewish Publication Society translation from 1985:

She conceived again and bore a son, and declared “This time I will praise the Lord.” Therefore she named him Judah. Then she stopped bearing.

“To thank” often becomes “praise” in English translation, and interestingly, Leah’s emphasis on gratitude is repeated in other texts — like the Psalms and the prayers. Generally, what people are thankful for is God, and from that, gratitude for everything else flows. The attitude of gratitude is repeatedly praised.

We are so used to the formation “praise the Lord” — which is, of course, popular in Christian communities as well — that we might not think about the Hebrew roots of it, how praise is actually gratitude, and how gratitude is Leah’s gift to us, memorialized forever in the name Yehuda and in the term Yehudi—Jewish, and Yehudim—Jews. We carry that gratitude in the name of our people.

It’s also easy to make a case that Judaism itself is pro-gratitude, and once you look for examples of it, you see it everywhere in Jewish texts. Consider Psalm 92, which has often been set to music. Here are verses 2-3 of that Psalm, in The Jewish Publication Society translation:

It is good to praise the Lord
To sing hymns to your name, O Most High,
To proclaim Your steadfast love at daybreak
Your faithfulness each night

Well, that “good to praise the Lord” is tov l’hodot l’adonai in Hebrew, with l’hodot representing the infinitive of the verb Leah used. It is good to thank God, and in translation, it is good to praise God. If the Psalms aren’t emphatic enough about the benefits of gratitude, the prayers hammer it home. The daily Shmoneh Esrei prayer includes a segment on all the living thanking God, called v’chol hachayim yoducha selah, and of course, that prayer makes it into the machzor or holiday prayer book as well.

Here is a translation from the machzor published by The Prayer Book Press, compiled and edited by Rabbi Sidney Greenberg and Rabbi Jonathan D. Levine. I picked up this machzor in Iowa, but it is used in many Conservative congregations. The translation is interesting because it preserves the “thank” in yoducha in the prayer’s first line, though later in the prayer, it goes with “praise” for another word from the same root:

May all living creatures always thank You and praise You in truth. O God, You are our deliverance and our help. Praised are You, beneficent Lord, to whom all praise is due.

All these repeated prayers, Psalms, and songs are a kind of gratitude-is-good indoctrination. That idea is where Jewish values and American values meet on this one day, Thanksgiving. Both Thanksgiving and the Psalms float the concept that it is not just about being grateful, but that the act of being grateful is good for you. That gratitude is something to celebrate. And so, if a holiday offers a chance to eat well and be thankful, Jews — the people of gratitude, “the people of Thanksgiving” — are all over it.