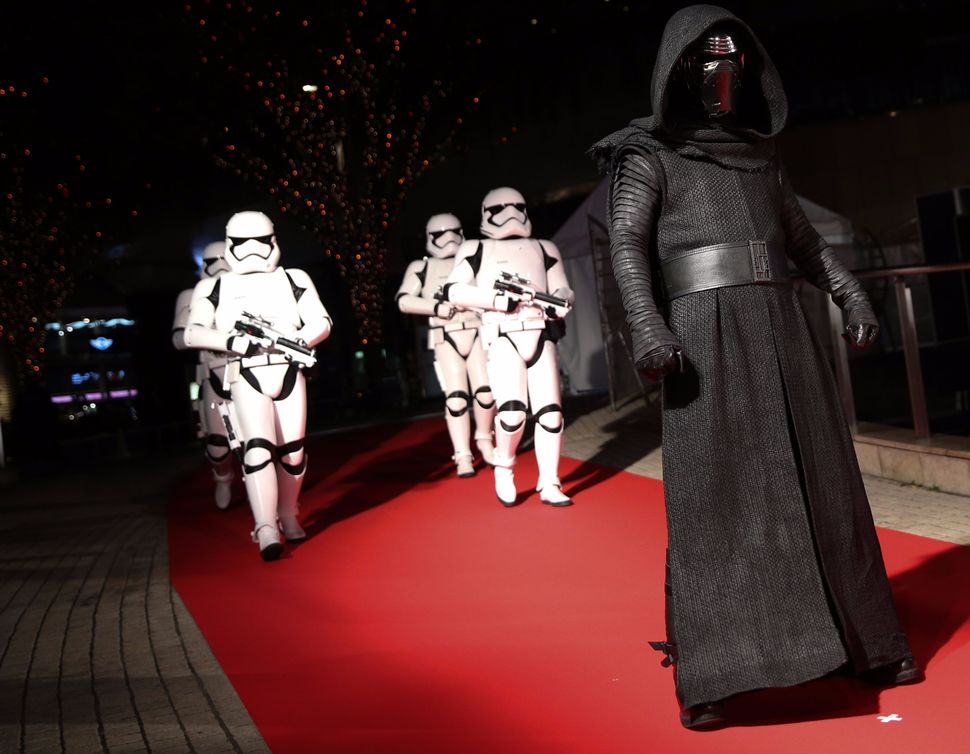 This week has seen two potentially paradigmatic changes in the media landscape. The Walt Disney Company is set to purchase 21st Century Fox, continuing a spree in which it purchased both Marvel and Lucasfilms. The merger sets Disney up to join the ranks of a small number of companies, including Netflix, Apple, Amazon and Facebook, that could well come to dominate the entertainment business in the near future.

In not-unrelated news, the F.C.C. has voted to repeal Net Neutrality, the legislation that treats broadband companies as utility providers. That legislation prevented them from manipulating the quality of internet delivery to benefit or disadvantage content providers.

Spearheaded by F.C.C. chairman Ajit Pai, an appointee of President Obama’s and former Verizon attorney who celebrated his victory by dancing the Harlem shake — remember that? — with a right-wing conspiracy theorist, the publicly unpopular decision will allow Internet service providers, or ISPs, to find creative ways to charge people escalating sums for access to specific internet services that have become necessary parts of contemporary life.

How will this affect movies? Most directly, it may affect how home viewers connect with movies, some of which could be sequestered under slower speeds depending on the deal that its distributor has struck (or failed to strike) with an ISP. More broadly, it could change the fabric of international film culture, which is largely fueled by ambiguously legal downloads of movies that have fallen out of circulation and don’t offer enough of a financial return to secure widespread distribution. If they choose, ISPs now have license to shut down the channels that allow those downloads.

These changes have the potential to affect the variety of movies that get made. It’s hard to argue that American cinema has become smarter as, over the past few decades, the biggest studios have incorporated into large multinational conglomerates. Taken together, this week’s industry shifts suggest to me that our movies — alongside our ¬media, politics, and culture at large — will become still more stupid and more infantilizing in the coming years.

That’s this week’s most impactful Movie News. Here’s the rest.

From January 10-23, Manhattan will host the 27th iteration of the New York Jewish Film Festival. The Festival will highlight new works by Nabil Ayouch and Amos Gitai, as well as new restoration of the 1937 Yiddish classic “The Dybbuk.”

2. How does “Star Wars” draw upon Nazism?

A little-known fact about the “Star Wars” franchise: Series creator George Lucas lifted visual clues from Nazi propagandist Leni Riefenstahl. For the Forward, Noah Berlatsky looked at how the series makes use of the aesthetics of fascism. “References to fascist totalitarian give the genocidal Empire much of its evil oomph,” Berlatsky argues. “You know the bad guys are bad because Nazis are evil, and the villains look like Nazis.”

She might not be a household name today, but Theda Bara was once the best-known Jew in movies — and more famous than Charlie Chaplin. One of silent cinema’s first sex symbols, Bara specialized in playing cunning seductresses, or in the parlance of the time, “vamps.” In the Forward, executive editor Dan Friedman tracks Bara from her blue-collar Jewish origins to the heights of stardom, finding that, “Both in appearance and manner, Bara was an unlikely proto-siren of the silver screen.”

There are probably too many awards for movies, but that doesn’t mean that you’re allowed to stop paying attention to them. On Monday, The Golden Globes announced this year’s nominees; Guillermo Del Toro’s “The Shape of Water,” leads the way with seven nominations, and Steven Spielberg’s “The Post” is hot on its heals with six. Nominations for the SAG Awards were announced Wednesday, favoring “Three Billboards Outside Ebbing, Missouri,” which garnered nods in four categories. Greta Gerwig’s “Lady Bird” was the only other film to be nominated in more than two categories.