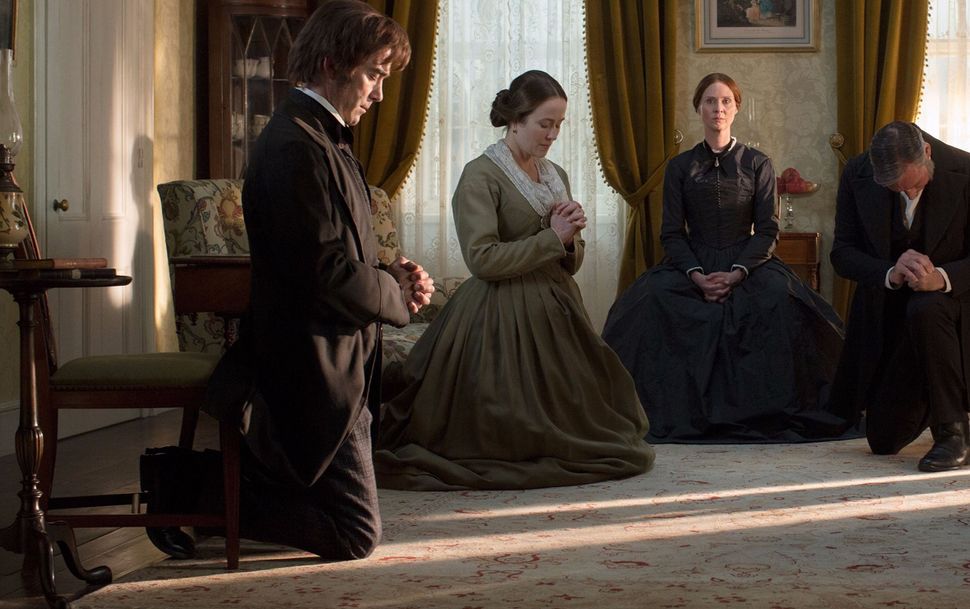 It’s the time of the year when people give prizes to movies, yet the vagaries of the hype machine mean that some worthy films are less-discussed than others. This doesn’t mean that you can’t seek them out for your own viewing pleasure. Here are four nice movies you probably missed this year that deserve a bit of your love this holiday season.

For his first film set outside the confines of his native New York City, director James Gray went as far afield as possible. “The Lost City of Z” takes place in the deepest recesses of the Amazon rainforest, telling the story of Percival Fawcett (Charlie Hunnam), a reluctant explorer who becomes obsessed with tracking down the long-lost titular city. 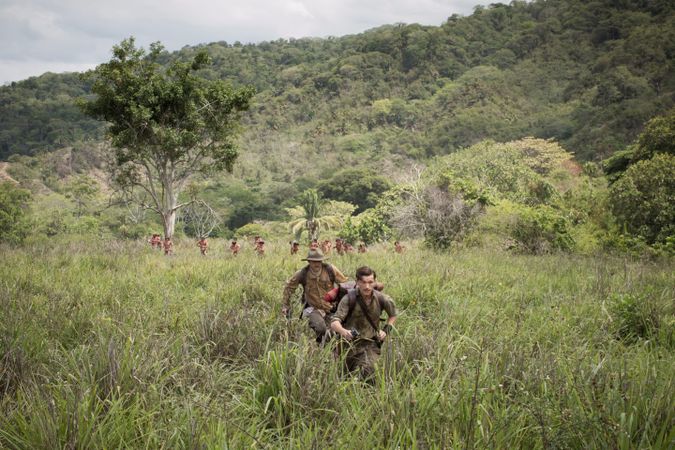 Movies about colonial exploration usually follow the model of “Heart of Darkness:” Francis Ford Coppola’s “Apocalypse Now” and Werner Herzog’s “Fitzcarraldo,” among others, are gonzo odysseys made under such visions of grandeur that their productions inspired documentaries of their own. (Those, respectively, are “Hearts of Darkness: A Filmmaker’s Apocalypse” and “Burden of Dreams.”) In contrast, “The Lost City of Z” is remarkable for its emotional clarity and sense of interiority. Rather than embark on a crazed mission into the unknown, Gray alternates between the jungle and Fawcett’s English homeland. Filming with purpose and control, he shows how the protagonist’s experiences in both worlds are inextricably intertwined. Raised in a Russian-Jewish Brooklyn family, Gray distinguished his previous films with a rich sense of local character. He lends a similar sense of detail to the world of the London imperial elite.

Hunnam holds his own in the lead role, but the supporting actors supply many of the film’s greatest pleasures. As Fawcett’s lieutenant, Robert Pattinson gives an early taste of the chameleonic quality that would soon after earn him plaudits in the Safdie brothers’s “Good Time,” growing a formidable beard and disappearing into his role like a veteran character actor. Scottish actor Angus Macfadyen plays a wealthy benefactor who insists on tagging along on one of Fawcett’s missions; his funny, energetic performance makes that sequence one of the film’s most surreally memorable. Sienna Miller provides much of the film’s thematic and emotional foundation in a moving performance as Fawcett’s intelligent wife, left behind at home during the travels of her obsessive husband.

Gray is often described as a classicist, and the methodical craftsmanship that characterizes his work was indeed a good deal more prominent during the halcyon days of the Hollywood studio system. That term, however, connotes a restraint and forbearance that doesn’t capture the sheer emotion in Gray’s films. It certainly doesn’t do much to describe the moment of genuine transcendence to which “The Lost City of Z” builds; the film’s last shot recalls nothing so much as the haunting conclusion of Tarkovsky’s “Nostalgia” (1983). Gray’s movies often have to wait to get their due, but that’s no reason not to watch “The Lost City of Z” sooner rather than later.

“The Lost City of Z” is currently available for streaming on Youtube, Amazon, and iTunes.

The Other Side of Hope

A proudly anachronistic figure who has been stubbornly refining a singular style over the past four decades, Aki Kaurismäki might not seem like an obvious candidate to make one of the year’s timeliest films. But with “The Other Side of Hope,” the Finnish director applied his comic sensibility to the refugee crisis, crafting a stark but humorous statement on a subject that is anything but funny. 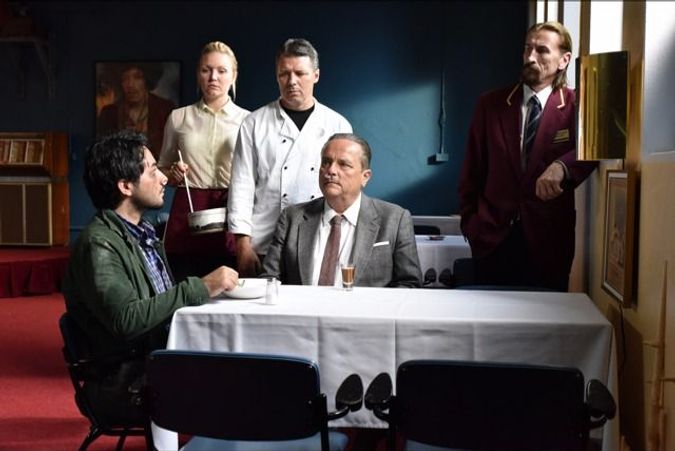 Mining humor from the particular melancholy and awkwardness of his countrymen, Kaurismäki teases a glacial slapstick out from uncomfortable pauses and sad-sack stasis. His films have long had an amorphous political element, applying a sardonic class consciousness to the lives of their universally lumpenproletariat protagonists. That tendency has become more pronounced in his recent work. In his previous film, “Le Havre” (2011), he paid homage to the humanist leftist filmmakers of the 1930s, such as Jean Renoir and Marcel Carné. Returning from France to Helsinki — Kaurismäki has remarkably little affection for his adopted hometown — “The Other Side of Hope” has less of the warm nostalgia of its predecessor, and a more palpable anger.

The film’s protagonist, Khaled, played by the Syrian-Finnish actor Sherwan Haji, arrives in Helsinki by boat. From there, he makes his way to an extremely clean refugee center, the dignified, responsible facade of which is quickly shattered when Khaled is ordered back to a probable death in Aleppo. Our hero escapes, taking to the streets before finding himself under the protection of Waldemar, a restaurant owner played by Kaurismäki vet Sakari Kuosmanen. There’s a winning comic contrast between the hapless Waldemar and the resolute, defiant Khaled — “I don’t understand humor,” intones the latter — but the film is shot through with a bleakness befitting its subject matter, most overtly embodied by the skinhead thugs who stalk our hero. Yet Kaurismäki not only rues the horrors of the day, but also celebrates solidarity and fellowship. In a year that’s seen much of the former but a dispiriting dearth of the latter, “The Other Side of Hope” is both refreshing and urgent.

“The Other Side of Hope” is currently playing in select cinemas. New Yorkers can watch it at Film Forum and the Film Society of Lincoln Center.

The Son of Joseph

Not all great, overlooked movies are would-be smash hits; some are content to exist on a more intimate scale. The films of Eugéne Green fit happily into this latter category. An American, Green moved to Paris in the 1970s to teach French baroque theatre, and didn’t start making films until he was over 50. Fixated on history and aesthetics, he has a humanistic fascination with people. Those who share his obsessions will find much of interest in his films, while those who don’t are likely to remain blissfully unaware of his existence. 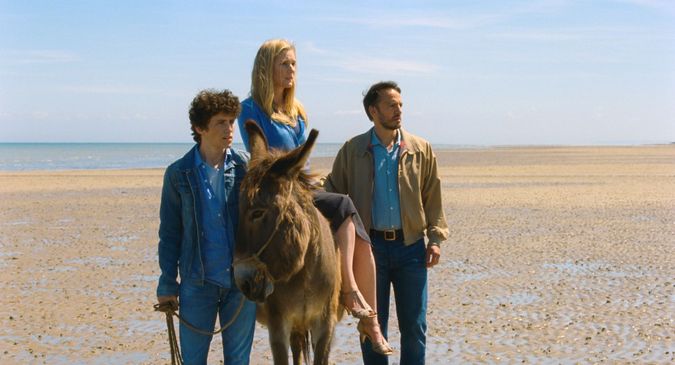 Green’s new movie, “The Son of Joseph,” is likely among his most accessible, but it’s still one of the year’s odder films. A mostly secularized retelling of the nativity story, it follows the high school student Vincent (Victor Ezenfis) on his quest to track down his biological father. Vincent is a weird kid, with an intense gaze and a Kierkegaardian fixation on the story of Abraham and Isaac. After badgering his angelic mother (Natacha Régnier), he stalks his louche suspected dad (Mathieu Amalric) before eagerly coming under the benign tutelage of that man’s good-natured brother (Fabrizio Rognione).

Green prizes symmetry and economy. His actors offer declamatory, crystal-clear line readings while looking directly into the camera. His rigorous direction and the prevalence of Catholic imagery in his work recall the great French auteur Robert Bresson. But there’s a real humor in Green’s obsessive style. Like Aki Kaurismäki, another Bresson acolyte, he’s attuned to the way that the deterministic precision of the French director’s films can seem at times like a kissing cousin to Buster Keaton’s delicately orchestrated slapstick. “The Son of Joseph” is probably the best movie this year about finding a cool new boyfriend for your nice mom.

“The Son of Joseph” is currently available for streaming on Netflix, Youtube, Amazon, and iTunes.

Not long into Terence Davies’s Emily Dickinson biopic “A Quiet Passion,” the adolescent members of the Dickinson family are suddenly transformed, via a touch of digitally enhanced movie magic, into their adult selves. It’s a vertigo-inducing moment, both bringing time to a halt and throwing it into a sudden, irreversible lurch forward. The passage culminates in the introduction of the adult Dickinson, played by Cynthia Nixon in a consummately intelligent performance. She renders a woman often stereotyped as an eccentric shut-in lively and recognizable. Her readings of Dickinson’s poetry are reason enough for lovers of that form to seek out the film. 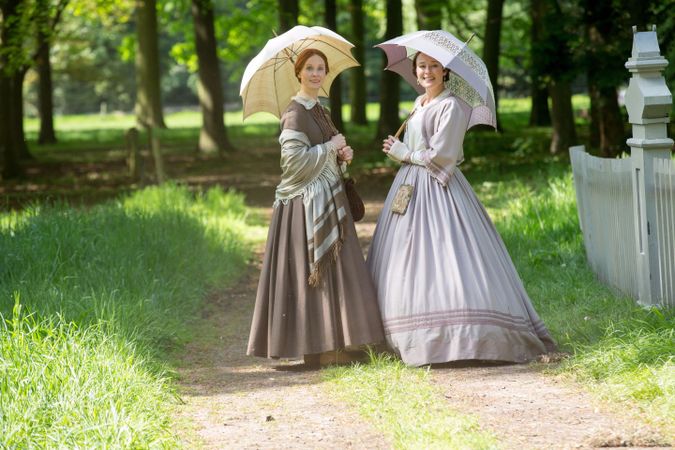 Nixon’s Dickinson struggles against the particular strictures of the time in which she lives, but also against the vicissitudes of time itself. Far from an oracular hermit, she has deep connections to her family and has broad societal interests, from the Civil War to the novels of the Brontë sisters. Sumptuously captured by cinematographer Florian Hoffmeister, the Dickinson house becomes a world unto itself; Davies lovingly depicts its décor and inhabitants alike. Writing as a woman in the 19th century, Dickinson was essentially confined to this world-in-miniature, forced to foreswear both relationships and wider recognition in order to maintain her literary independence. As time goes by, the costs of these sacrifices make themselves bracingly clear. Nixon rages against her lost experiences, struggling mightily with doubt, loneliness, and self-loathing even as her work reaches greater and greater heights.

Davies has chronicled thwarted desire to great effect throughout his career, most notably in his twin masterpieces “Distant Voices, Still Lives” (1988) and “The Long Day Closes” (1992), loosely autobiographical accounts of his experiences growing up queer in repressive lower-middle-class Liverpool. A craftsman with an affinity for the untrammelled expressivity of the classic Hollywood musical and melodrama, he evokes a certain kind of sadness with an aesthetic pleasure that approaches masochism. As Dickinson progresses along her chosen path, Davies eliminates things from her world: Flowers, people, even colors. Yet even the film’s darker sections have moments of great beauty, as in a fantasy of a nocturnal visitation. “A Quiet Passion” may not have been the most heralded movie of the year, but images like this make me suspect it will be the one to linger longest and most powerfully in my memory.

“A Quiet Passion” is currently available for streaming on Youtube, Amazon, and iTunes.

Daniel Witkin is the Forward’s culture intern. Reach him at [email protected], or over Twitter @dzwitkin