For Better Or Worse, “Nocturama” Is The Movie Of The Moment 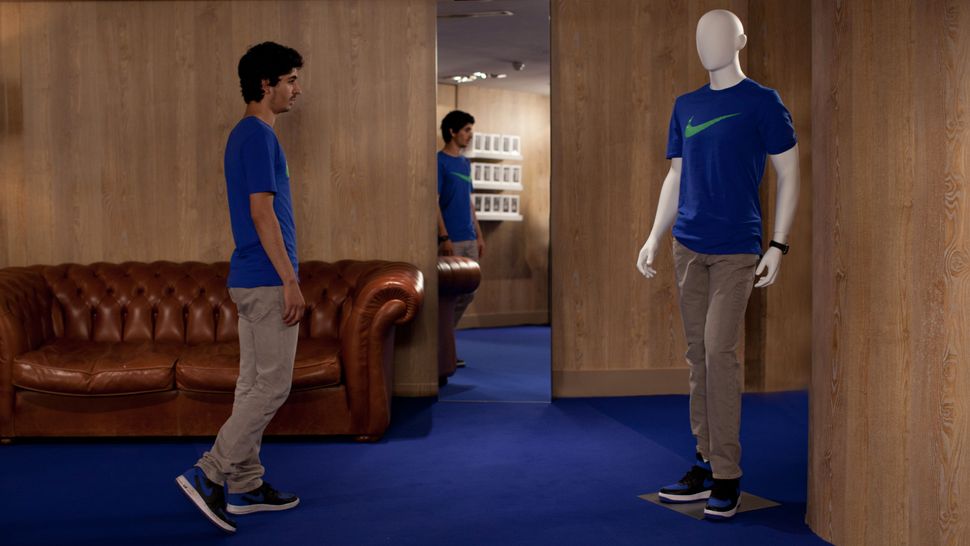 During the lead-up to the September 11th terrorist attacks, ringleader Mohammed Atta and at least four other hijackers met multiple times in Las Vegas. Something about this detail seems to stick in the imagination, such that the intervening years have seen considerable speculation as to what they did there, prompting earnest investigations as well as sensational accounts of the terrorists visiting Sin City’s vaunted strip clubs. At this point, we’ll likely never know, but the blending of the banal and the apocalyptic, of triumphalist Americana and its monstrous, self-defined antithesis still encourages questions. Why Vegas, of all places? How do incomprehensibly evil men pass their time in an indescribably silly place?

All of which is to say that the surprising, oneiric, and controversial second act of Bertrand Bonello’s “Nocturama,” in which a syndicate of baby-faced domestic terrorists hole up in a closed department store after setting bombs throughout Paris, is neither as purely symbolic nor as arch as it may initially appear. The worthwhile films about modern terrorism tend to place their subject firmly within our own society, from Olivier Assayas’ miniseries “Carlos” (2010), a biography of Venezuela’s Carlos the Jackal, to “Four Lions” (2010), Chris Morris’ black comedy about jihad. This makes a certain degree of sense, for as much as we’d prefer otherwise, terrorism has become a part of 21st century life, forming a constituent part of our political culture and the media we consume. Where “Nocturama” differs from these films is in the degree to which it blurs the lines between the terrorists and their society. Psychological and political detail is reduced to a minimum. There’s nothing to explicitly designate the gang as terrorists, except that they commit an act of terrorism.

Inevitably, the movie will be processed alongside the viewer’s experiences of real life terrorism. As I write this, the country is still reeling from the murder of activist Heather Heyer by a right wing terrorist at a Nazi rally in Virginia. The film’s production, too, was shaped by the multiple attacks on Paris that have transpired in recent years. Bonello conceived the film in 2011, after making his brothel-set tale of the belle époque, released in the US as House of Pleasures (its alternate title, House of Tolerance, is both better and more evocative of the actual film), but by the time he started filming in summer 2015, Paris had already seen the Charlie Hebdo-Hypercacher massacre that January. In the wake of these attacks and the November 2015 assault on the Bataclan concert hall, Bonello changed the name to “Nocturama,” inspired by the title of a Nick Cave album, from the more provocative “Paris est une fête” (or, “Paris is a Party”).

Paris is the most mythologized of modern cities and perhaps the most cinematically photogenic, which works heavily to the filmmaker’s advantage. He draws on the city’s history of upheaval, not only the recent attacks, but the May ’68 rebellion and the 1830 overthrow of Charles X as well as the broader legacies of the revolution itself. The movie’s first half follows the ten co-conspirators as they move intently throughout the city. At first, they interact with each other only sporadically, but nonetheless manage to move in concert, as if performing a secret, synchronized dance or playing a ritualized game. In this way, the film channels the spirit of Nouvelle Vague icon Jacques Rivette, who reshaped Paris into a heady labyrinth for his explorations of conspiracy and collaboration, notably turning a map of the city into the surface of a board game in 1981’s “Le Pont du Nord.”

Bonello’s camera keeps pace with his characters by way of extended sinuous tracking shots that recall 1989’s “Elephant,” British filmmaker Alan Clarke’s abstract treatment of the senseless violence of the Irish Troubles. Clarke’s film is perhaps best known for inspiring Gus Van Sant’s Palme D’Or-winning take on the Columbine massacres, also called “Elephant,” with which “Nocturama” also shares a deliberate obfuscation of the killer’s motives and a certain temporal play, especially in its grim closing act. Gradually, the action begins to coalesce around a series of central locations – a skyscraper, an Interior Ministry building, and a statue of Joan of Arc. All the while, the characters and camera remain in near-constant motion, and the suspense mounts.

The gang consists of young people from a diverse range of backgrounds. About half of them appear to be of North African or Middle Eastern descent, while others read unambiguously as haute bourgeois prepsters. One of the latter argues confidently that, “civilization is a condition for the downfall of civilization.” However, this is no explanation for his actions, as he provides it as a tactic for passing one’s college admissions exams, baiting the gatekeepers with a transgressive idea. “Even if they don’t like it,” he explains, “they’ll want you to fuel the debate.” Not until right before the attack goes off do we see them all in the same place, through flashback, convening in a comfortable apartment for a strategy session and social gathering. Eventually, their hangout becomes a sort of dance party, with the gaggle of terrorists to-be swaying and gyrating in a disconnected, hypnotized way before coming together in a circle, resembling less a paramilitary organization than a tipsily huddling high school football team. What commitment they demonstrate seems to be first and foremost to each other, rather than to white power, Islamist militancy, Marxist-Leninism, or even plain old nihilism.

The attacks go off, but before we can see the results of their efforts the film’s antiheroes have gathered in a centrally located department store. Bonello relishes the transition, efficiently yet painstakingly showing us the transformation of the space from a busy, rather ordinary retail area into a dark, deserted consumerist sepulcher. “House of Pleasures” masterfully cordoned off its bordello from the rest of the world, creating a self-contained space replete with its own little microcosmic society, and the filmmaker accomplishes something similar. His affinity for such places makes one wonder if Bonello will one day set a film in a submarine or spaceship; but he doesn’t really need to, such is his facility for converting the everyday spaces of capitalism into psychological airlock chambers.

The setting and satire nods to George A. Romero’s “Dawn of the Dead” (1978), in which zombies prowl a shopping mall, while the pressure cooker atmosphere recalls John Carpenter’s “Assault on Precinct 13” (1976), a police station-set siege thriller that is itself a remake a Howard Hawks’ classic 1959 western “Rio Bravo” (like Carpenter, Bonello also composes his own atmospheric synth score). Working in this vein, Bonello demonstrates a genre director’s ability to extract thrills from the fundamentals of narrative filmmaking. Of particular note is his skill with sound. He carefully establishes the eerie hush of the department store before blasting one of the more deliriously eclectic soundtracks in recent memory, featuring everything from Chief Keef to John Barry’s theme from “The Persuaders.”

As they settle in for the night, the monomaniacal focus of first act dissipates and the film begins to open up. We see the characters interact with each other, and watch as their personalities emerge. Bonello also introduces a decisive strain of absurdist humor, never more apparent than when the terrorists watch a news report on their deed, set to the music of – who else? – Willow Smith. Identity moves to the fore as one of the film’s dual themes, entrapping the characters in a funhouse of mirrors and ostentatious brand names. “I never thought I’d be capable of such a thing,” muses David, one of the perpetrators who becomes wracked by doubt. Another, Yacine, sees a mannequin dressed exactly like himself, catalyzing a series of physical transformations reminiscent of Keith Carradine’s descent into hoodlum foppery in Alan Rudolph’s “Trouble in Mind” (1986). Later, he dons blood red lipstick and lip syncs to Shirley Bassey’s rendition of “My Way.” Eat your heart out, Sid Vicious.

“By now, the end is near…” he mock sings, and sure enough their escapades will soon be brought to their blunt conclusion. “Nocturama” traffics in sound and image, not answers; and the movie’s opacity is likely to rub some viewers the wrong way. Why did they commit this act? What were they trying to prove? Was there something inside that made them do it? If so, what? What are the consequences? And why should we care?

Yet if the impression is that it’s all for naught, I’m not convinced that that’s a bad thing. The tragedy of modern terror lies in the sheer wastefulness of the endeavor, the needless sacrifice, the squandering of so much human life and potential, of so much of our precious sanity. Bonello doesn’t give us a body count, but he does take care to detail the innocents who perish through the gang’s hijinks. “Nothing will ever be the same,” David remarks, and he’s correct insofar as his comrades and victims are concerned. The rest of us, however, will wake up the next day and go about our business as before, our lives subtly degraded by our consciousness of the next attack.

Daniel Witkin is the Forward’s Arts and Culture Intern. Contact him at [email protected] or on Twitter, @dzwitkin.

For Better Or Worse, “Nocturama” Is The Movie Of The Moment