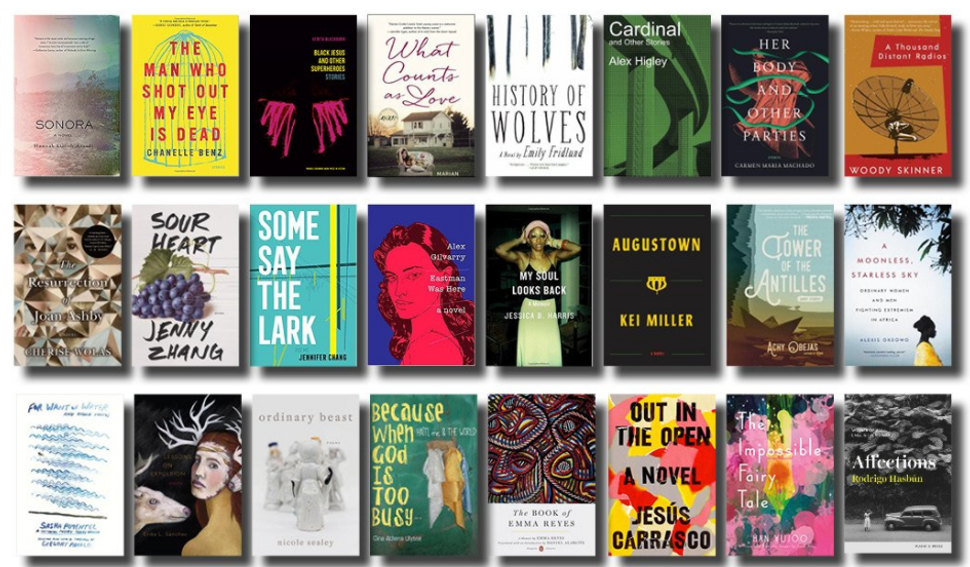 PEN America has announced the longlists for the 2018 PEN America Literary Awards. The Awards cover fiction, essays, translation, and more, and will bestow almost $315,000 on a handful of lucky littérateurs.

“Sonora” author Hannah Lillith Assadi was nominated for the PEN/Robert W. Bingham Prize for Debut Fiction. Raised in Arizona by a Jewish mother and Palestinian father, her novel tells the story of a pair of girls who leave the Southwest for New York City. Other nominees in her category include Jenny Zhang and Venita Blackburn, for “Sour Heart” and “Black Jesus and Other Superheroes,” respectively.

Nominees for the PEN Open Book Award, given to a book by an author of color — all genres are accepted — include “The Tower of Antilles” by Achy Obejas and Alex Gilvarry’s “Eastman Was Here.”

Nominees for the PEN/Diamonstein-Spielvogel Award for the Art of the Essay include Lauren Elkin for “Flâneuse: Women Walk the City in Paris, New York, Tokyo, Venice, and London,” Rebecca Solnit for “The Mother of All Questions,” and Ursula K. Le Guin for “No Time to Spare: Thinking about What Matters.”

Translator Jessica Cohen, who shared this year’s Man Booker International Prize with David Grossman for “A Horse Walks Into a Bar,” is nominated for the PEN translation prize for her work on that novel. Other nominees in her category include Daniel Alarcón for his work on Emma Reyes’s “The Book of Emma Reyes” and Sophie Hughes for her translation of Rodrigo Hasbun’s “Affections: A Novel.”