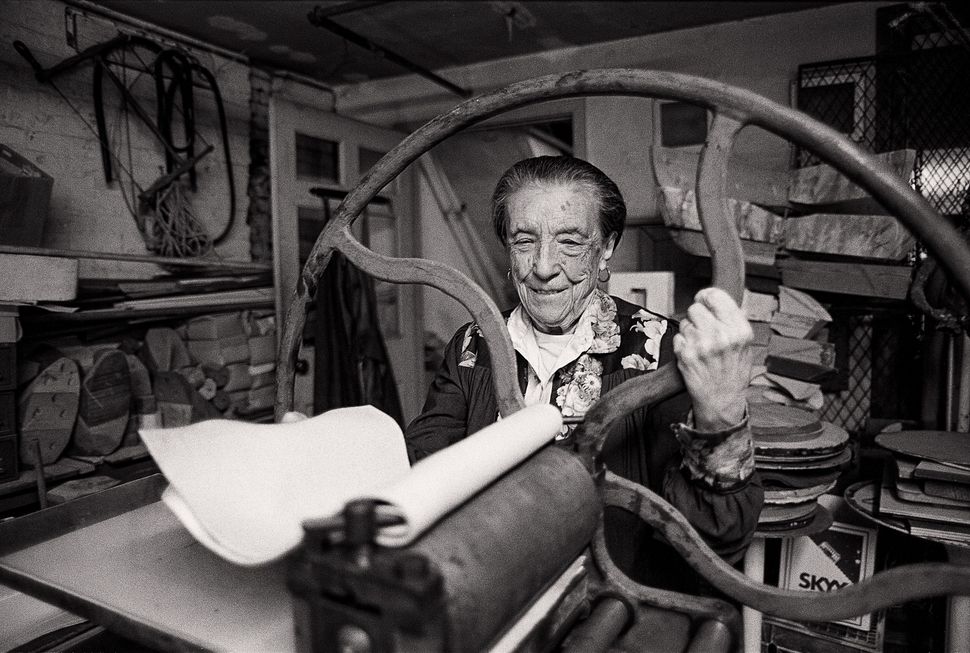 Well, it’s decided: When I grow up I want to be Louise Bourgeois. Oh, fine, I know, I am full grown, but then Bourgeois did live to be 98, so it’s somewhat relative. Not that the longevity is in and of itself impressive. It’s what she did with all that time, the use she put it to. Bourgeois, who died in 2010, was remarkably prolific. And, her work was so consistently good that, walking through “An Unfolding Portrait,” a Museum of Modern Art exhibit of Bourgeois’s prints and illustrated books — many of which comment on and illuminate aspects of her better-known sculptures and larger-scale drawings and paintings — feels like a revelation, a life change, a rite of passage.

With some 300 works, mainly installed in the third-floor galleries, the show intends to examine Bourgeois’s artistic practice and creative process by looking at her printmaking, which played a key role in her development and denouement as an artist. Bourgeois made her name largely as a sculptor — one of her famous immense steel spiders currently dominates the museum’s second-floor atrium. She turned to printmaking in the 1940s, while she was a young mother raising three small children and adjusting to life in New York, where her husband, the art historian Robert Goldwater, held a university teaching post. She returned to it in the late ’80s, and, as she got older, making prints became a part of her daily routine. (Bourgeois kept a printing press in her studio.)

The prints rehearse, revise, refine and rework many of the central motifs in Bourgeois’s oeuvre. They invoke and develop many of the symbols so closely associated with Bourgeois: the spider that for her stood first and foremost for her mother; the spirals that were an attempt at warding off and controlling chaos; the human body, male and female, engaged in its elaborate dance of life and death and sex and birth; the natural forms that fascinated her and to which she brought a keenly observant, witty eye. The prints are neither sideline nor the pillaged detritus of an artist’s estate. Rather, they draw attention to an artist who consistently upended expectations — like ones about creative prime, say — and make you fall in love all over again. 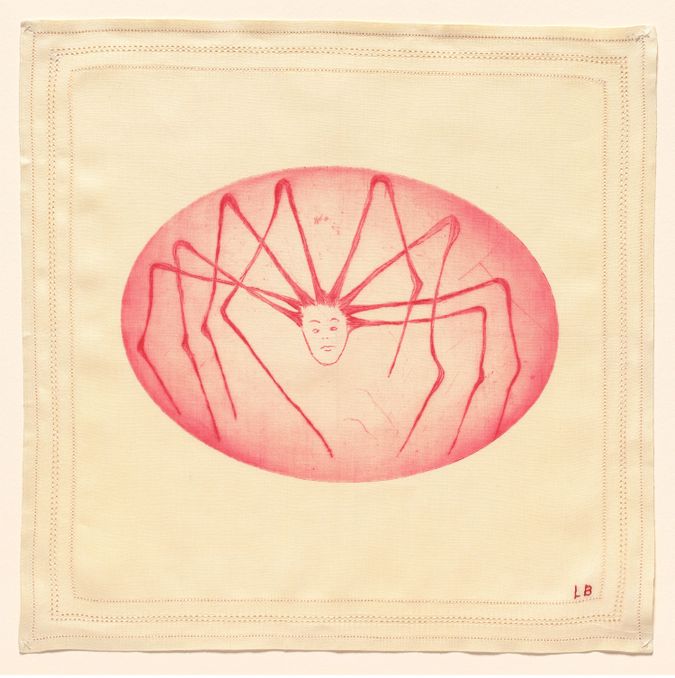 ‘Spider Woman,’ by Louise Bourgeois Image by Courtesy of MOMA

Bourgeois’s founding myth — a loving but impotent mother; a domineering, philandering father — is pretty well known. Her parents, who ran a tapestry restoration business, provided a materially comfortable home, but beneath the facade of respectability roiled a marital drama: The father’s affair with the daughter’s tutor became a defining betrayal in Bourgeois’s life. In the ’50s and ’60s, Bourgeois underwent psychoanalysis, and it’s possible to think of her printing practice, with its repetitions and replications with subtle variations, as a form of psychoanalysis, a way of telling the story over and over until it cracks open and yields an unexpected insight.

The prints on display in “An Unfolding Portrait” are only a small portion of the treasure trove that came of Bourgeois’s printmaking: 265 examples out of the 1,200 or so compositions she made. In the show, they are juxtaposed with related sculptures, paintings, drawings and artist books, and grouped around themes and methods: “Architecture Embodied,” which collects works built around Bourgeois’s lifelong interest in structures and environments; “Abstracted Emotions,” featuring expressionistic pieces that make use of Bourgeois’s patented symbols, with a separate room devoted to “Spirals”; “Fabric of Memory,” which gathers works on and made from fabric, typically old clothes that Bourgeois, in her 80s, made into artistic material; “Forces of Nature,” which pulls in explorations of natural motifs, often serving as testaments to her children, with whom she went exploring; “Alone and Together,” which brings together self-portraits and other figurations.

One section of the show is devoted to “Lasting Impressions,” and includes “À l’Infini” (“To Infinity”), a suite of images made through an innovative printmaking technique Bourgeois developed in the last four years of her life. Using soft ground etching, the technique produces pencil-like lines, and to these Bourgeois added gouache, watercolor and pencil. The resulting works are evocative, dreamlike, vivid and bursting with the things Bourgeois never quite finished telling. Literally the result of “late style,” these etchings are at once a recapitulation and a way forward, a talmudic take on the themes that had long preoccupied her.

“Art is a guarantee of sanity,” Bourgeois famously said, and she spoke, too, of art’s capacity to stop time, to remember and re-create it. But of course art offers no guarantee; time cannot be stopped. Her work, which she embraced until the end and in which she experienced and re-experienced herself as a creator, child, a mother, and also a lover, surely gave her succor. To the viewer it offers surprise and pleasure, the bright insight of watching an artist as she unabashedly pursues wisdom and self-knowledge. But I am always brought back to an image of Bourgeois, the photo taken by Robert Mapplethorpe of the artist at 70, her phallic sculpture “Fillette” tucked under her arm, an impish smile on her wizened face. This is someone who knew how to live and how to make, and how lucky one feels strolling through the galleries filled with what she made in her long life.

*’Louise Bourgeois: An Unfolding Portrait’ runs through January 28, 2018 at MOMA